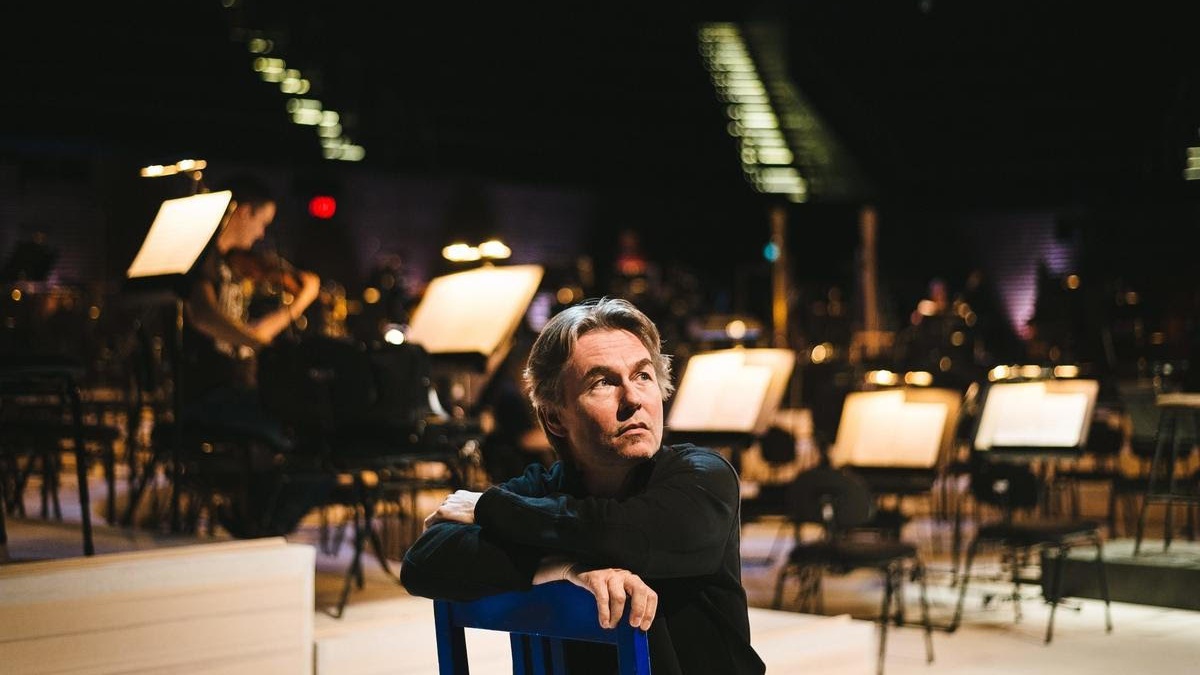 Conductor and composer Esa-Pekka Salonen is now the music director of the San Francisco Symphony, but he returns to the LA Phil with two programs this month. Photo credit: Benjamin Suomela HS.

Finnish conductor and composer Esa-Pekka Salonen led the LA Philharmonic for 17 years, transforming the institution into one of the most contemporary and innovative orchestras in the world, spotlighting new composers and debuting more than 100 new pieces of music. In 2009, he left Los Angeles to lead the Philharmonia Orchestra in London and serve as the music director of the San Francisco Symphony.

This month, he returns to the LA Philharmonic as its conductor laureate. This weekend, his composition “Fog” will make its U.S. orchestral debut at the Walt Disney Concert Hall.

In the years since his departure, Salonen says the LA Phil has transformed into a brand new entity.

“Gustavo [Dudamel] has done a fantastic job not only maintaining standards, but also widening the repertoire and widening the expressive palette,” Salonen tells KCRW. “He has hired a bunch of fabulous young musicians to replace the old ones who have retired. And so while I feel very much at home, when I see the Philharmonic, it's essentially a new orchestra.”

In his new role, Salonen says he’s exploring how to integrate technology into the musical experience. That includes utilizing virtual reality (VR). He draws inspiration from a VR version of  William Shakespeare’s “The Tempest” called “Current, Rising,” which debuted in London in 2020.

“How can we use new technology, not only to distribute the material, but also to create new material, something that hasn't existed before? And in the best-case scenario, creating something that could be called a new art form as a sort of marriage of technology, music, visual, theatrical, [and] virtual reality? That's my main focus at the moment,” he explains. “I'm not looking for something that would replace the actual, pure concert experience, but I'm interested in the future of an art form.”

As music director of the San Francisco Symphony, Salonen worked with jazz bassist and singer Esperanza Spalding and Bryce Dessner, a composer and member of The National. Salonen says that collaborating with new artists is a way of revolutionizing the future of orchestral music.

“Ideally, a symphonic organization is in constant dialogue with its environment, [including] the people and the audience. … I also thought if a 60-something guy from Finland is taking over a symphony orchestra … it's a bit of a yawn. Realistically enough, I need really creative minds on my team to guide the future of the development and future of the orchestra in such a way that will keep its relevance and widen the reach of it.”

And as consumers’ cultural habits change, Salonen recognizes that making performances as accessible as possible is key to welcoming new audiences. He says the traditional subscription is limiting, where classical concert-goers take in a show on a regular basis.

“I think people are generally deciding quite late what to do, because of the fact that everything is at your fingertips. You can book a ticket online like 20 minutes before the event,” Salonen says. “The challenge for us in this business is to create programs and events that have a certain uniqueness in the sense that if you missed it, you missed it for life.”

Palin sues NYT: What it means for future press protections

Sarah Palin is suing the New York Times over an editorial that incorrectly linked her political activity to the shooting that nearly killed Arizona Rep. Gabby Giffords.

Esa-Pekka Salonen returns to the LA Philharmonic as its conductor laureate after a 13-year departure. He wants to integrate virtual reality into the musical experience.

In the video game “Norco,” a young woman explores the oil refineries and drainage ditches of Southern Louisiana, in search of her missing brother.