Robyn Nevin as “Edna,” Emily Mortimer as “Kay,” and Bella Heathcote as “Sam” in “Relic.” Photo courtesy of IFC Midnight

Watching a parent age and mentally slip away is painful. It’s also laced with horror in the new movie “Relic.” The film premiered at Sundance this year. It’s currently in theaters, like the drive-ins in LA. It’s also available on demand. It stars Emily Mortimer, who’s best known for her roles in “Mary Poppins Returns,” “The Newsroom,” and “Match Point.”

Mortimer says the film starts as a missing person thriller, then grows into something more. “The movie is a sort of brilliant exploration of the kind of mental deterioration that happens when you suffer from dementia and how terrifying that can be.”

Mortimer says the movie subverts traditional tropes often seen in the horror genre, including the portrayal of women and aging people.

“The ailing elderly mother is also a fierce and terrifying menace in the movie ... that’s turning every sort of cliche on its head.” she says. “That kind of personality change that happens to people as they start to diminish and get older — it can be terrifying and really forceful.” 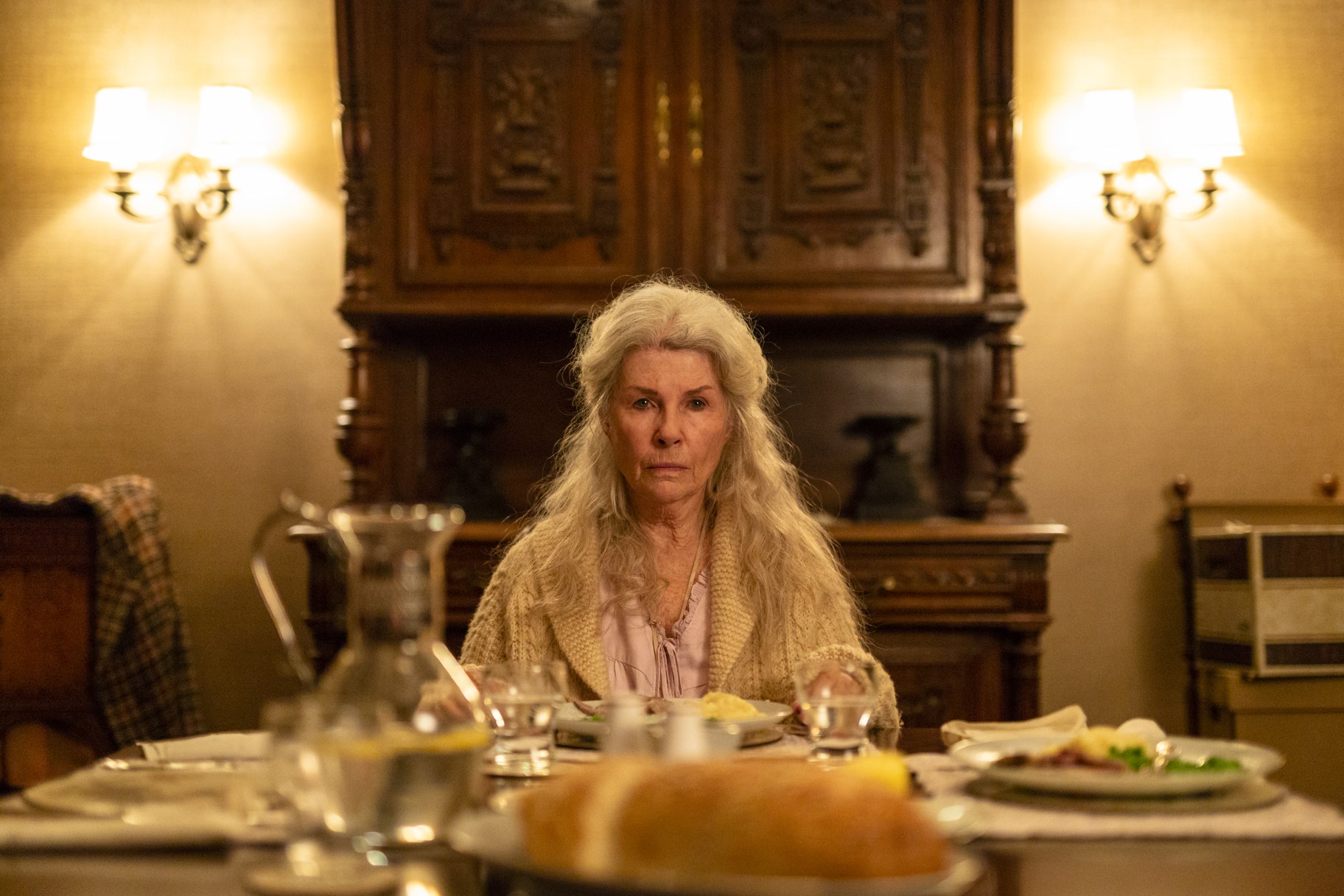 “There's an awful lot of guilt … that comes along with being somebody's mother and being somebody's daughter. … The guilt tends to land with the woman … about the times that you weren't there for either your daughter or for your mother.” 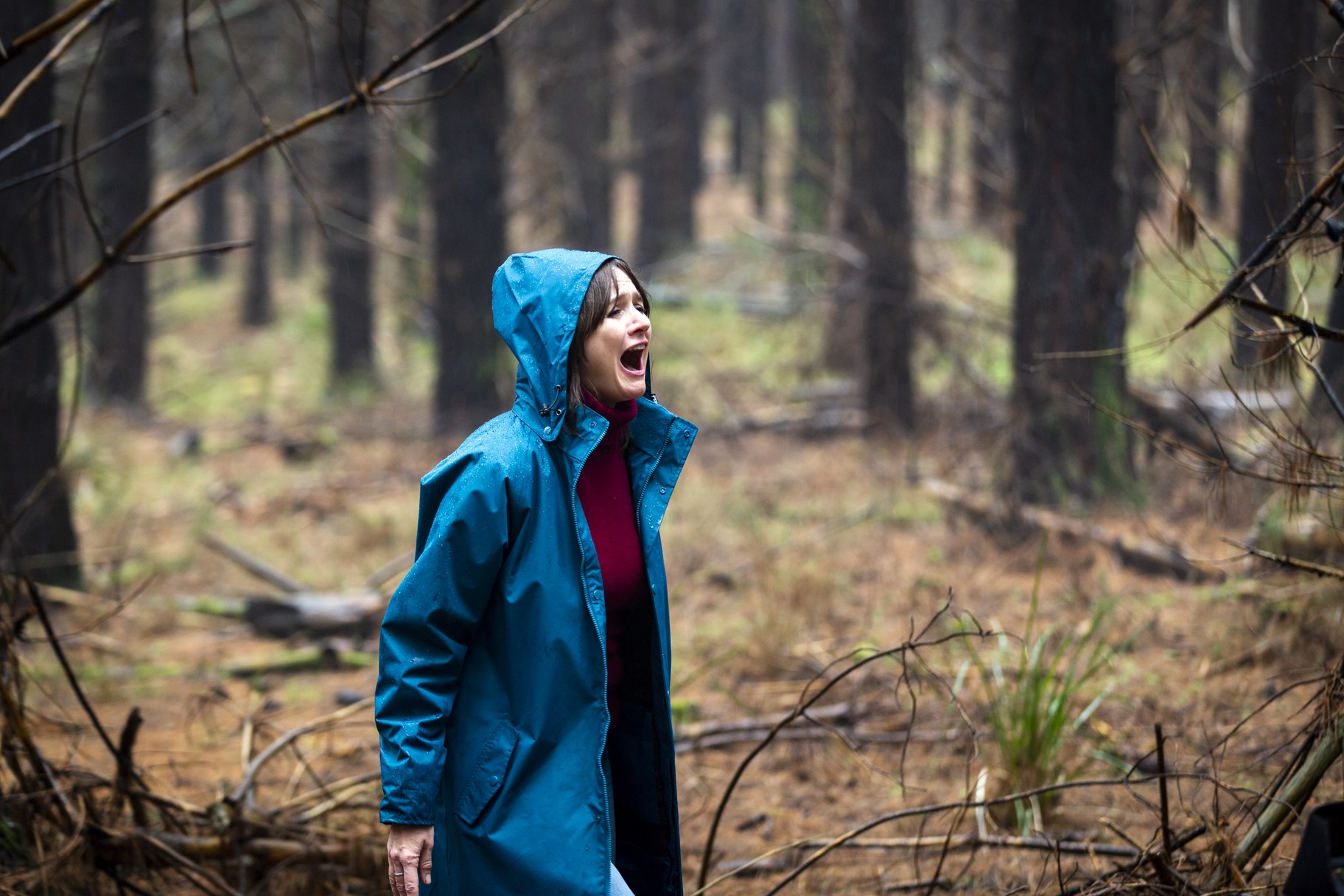 Mortimer was especially drawn to the film because her late father, English barrister John Mortimer, suffered from dementia like the grandmother in the film.

“It really was quite the most … scary and difficult thing that has ever happened to me, and much scarier than anything I've ever seen in a movie. And also beautiful and kind of cathartic in a way. I felt that the horror of that real-life experience was something that I could draw on all the time,” says Mortimer.

Mortimer remembers her father’s time in World War II, when he was considered medically unfit to fight. So he spent time going to parties and getting drunk. But Mortimer can’t do those things during this pandemic.

“[That’s] the last thing that we can do. So it's really sort of about digging deep and finding some kind of zen-like meditative acceptance.”

She says today’s pandemic challenges will move people to look after one another and create social change.

“It's really revealed a lot of disparity and injustice, and people really are feeling like that has to be fixed as soon as possible.” 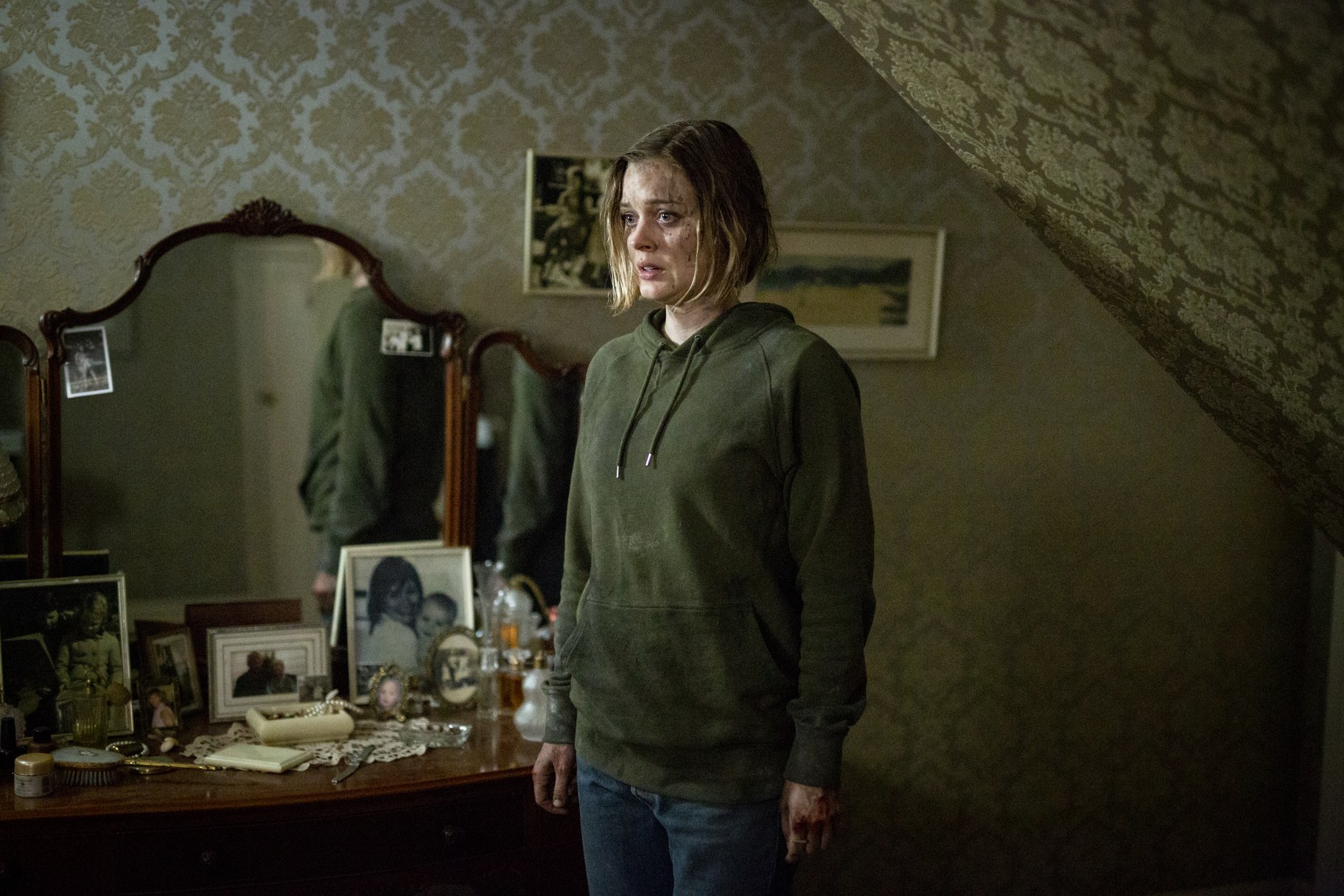 LA County + USC Medical Center is one of the busiest trauma centers in the world. Its chief medical officer, Dr. Brad Spelling, says the hospital has 100 COVID-19 patients...

Protests against systemic racism continue. In LA, it’s been weeks since officials have enforced curfews and used tear gas on crowds. In Portland, the unrest hasn’t slowed...

Critics review “Mayak,” a Russian-language film about a woman who tries to convince her grandparents to flee war-torn Armenia for Moscow; “Carmilla,” a vampire thriller film...