When New York Times media columnist David Carr died in 2015 at age 58, there was a front-page obit. He was revered in media circles as a hero for his trenchant writing and for his personal story. He had written a brutally honest memoir about being a drug addict and an alcoholic while raising his twin daughters alone when they were little.

David Carr died in the Times newsroom. He collapsed, sick and exhausted from what his doctor later said was lung cancer.

Hours before, his daughter Erin had watched him moderate a public discussion.

Now Erin Lee Carr is out with a new book about her dad, her relationship with him, and how he’s influenced her career as a documentary filmmaker. It’s called “All That You Leave Behind.”

The younger Carr describes her dad to Press Play, “He really was my mom. He was my mentor. He was a confidant. That's what made it so freaking scary when he died because all these roles suddenly vanished in my life. He said that the thing that he was proudest of was that he was a dad. I don't think that was a cheese ball line. I feel like he really felt that way.” 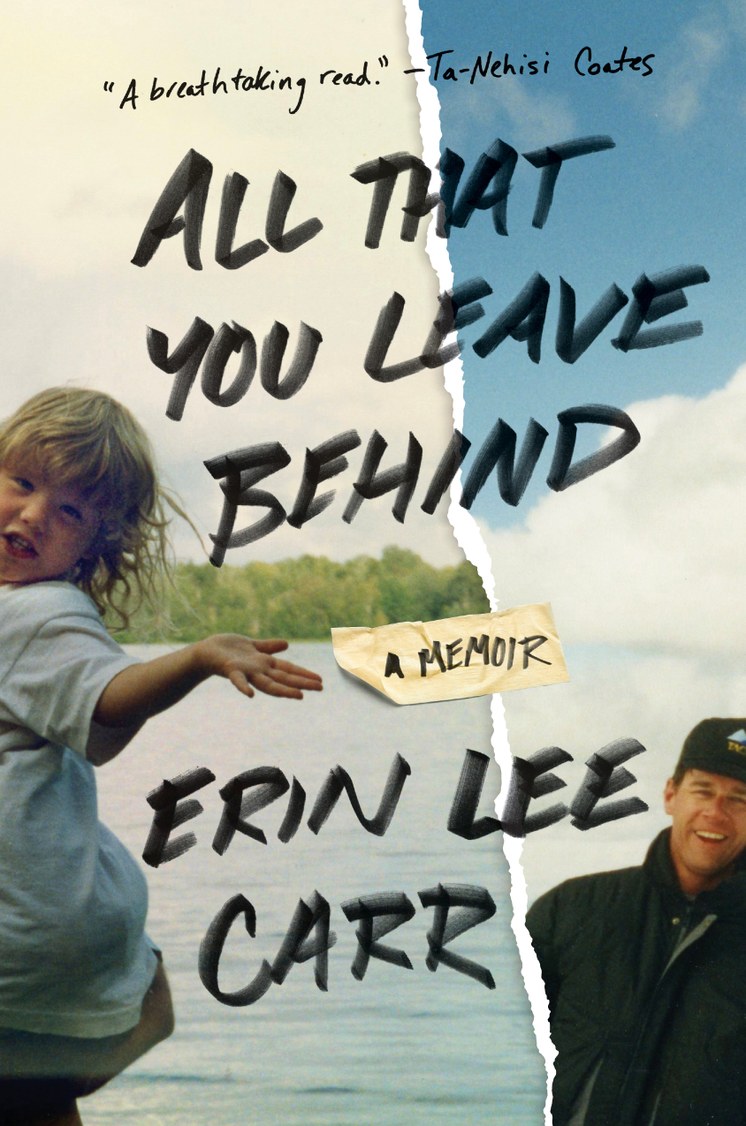 The cover image of “All That You Leave Behind.” Photo credit: Ballantine Books

The night of her dad’s collapse, news of the incident quickly spread on Twitter, and she was inundated with texts about it. She didn’t even have time to understand what happened. “There was this sort of really scary element of people contacting me for confirmation if my father was dead. My first reaction...was deep rage. And I let people know that.”

Carr says she had a lot of conflict about what happened, but also, this was how his ending was supposed to be. “If you asked my dad how he wanted to die, it would never be at 58, but it would be at the height of his profession.”

The book has many excerpts of emails and texts between Carr and her dad, in which he offers her tremendous support and advice. Here’s one email:

Honey. we are so, so xcited for you.

please understand that you carry with you not only our love and support, but our admiration and pride in your decision to bring your ambitions roaring into the world.

your willingness to step out into the unknown and work, at a very young age, to launch an amazing professional life is congruent with who we are, but different in kind. we bring a sense of adventure to life, but often within a very small geographical footprint. you, on the other hand, are working on

I’m sure at some point, probably sooner rather than later, you will look into the mirror and say, “what in the hell have I gotten myself into?” you did not choose the easier, softer road, but one that will ask much and give much in return. oddly enough, you will become something new by remembering who you are. You are a Carr, and that is a complicated, wondrous inheritance. That means you are tough, you are smart, you are someone others want to be around. But it also means that mistakes of hubris, excess, and indulgence will stalk you. Be vigilant to those threats, making good decisions, not every once in a while, but as a matter of course. You are a long ways from home and the consequences and rewards for your decisions will fall to you alone.

That said, please know that I am with you. I don’t just want to know about the good stuff. I want to know everything. And we are not a world away, but a short flight, a quick call, a vid chat across manageable time zones.

The two mainly communicated electronically because Carr’s dad was so busy. She says the emails were how they told each other they loved each other.

But Carr says that mentorship from him sometimes got in the way of their relationship. She was his protege, and if she ever made a mistake in the world, it was representative of him. She still told him about her missteps, but it was always tough. 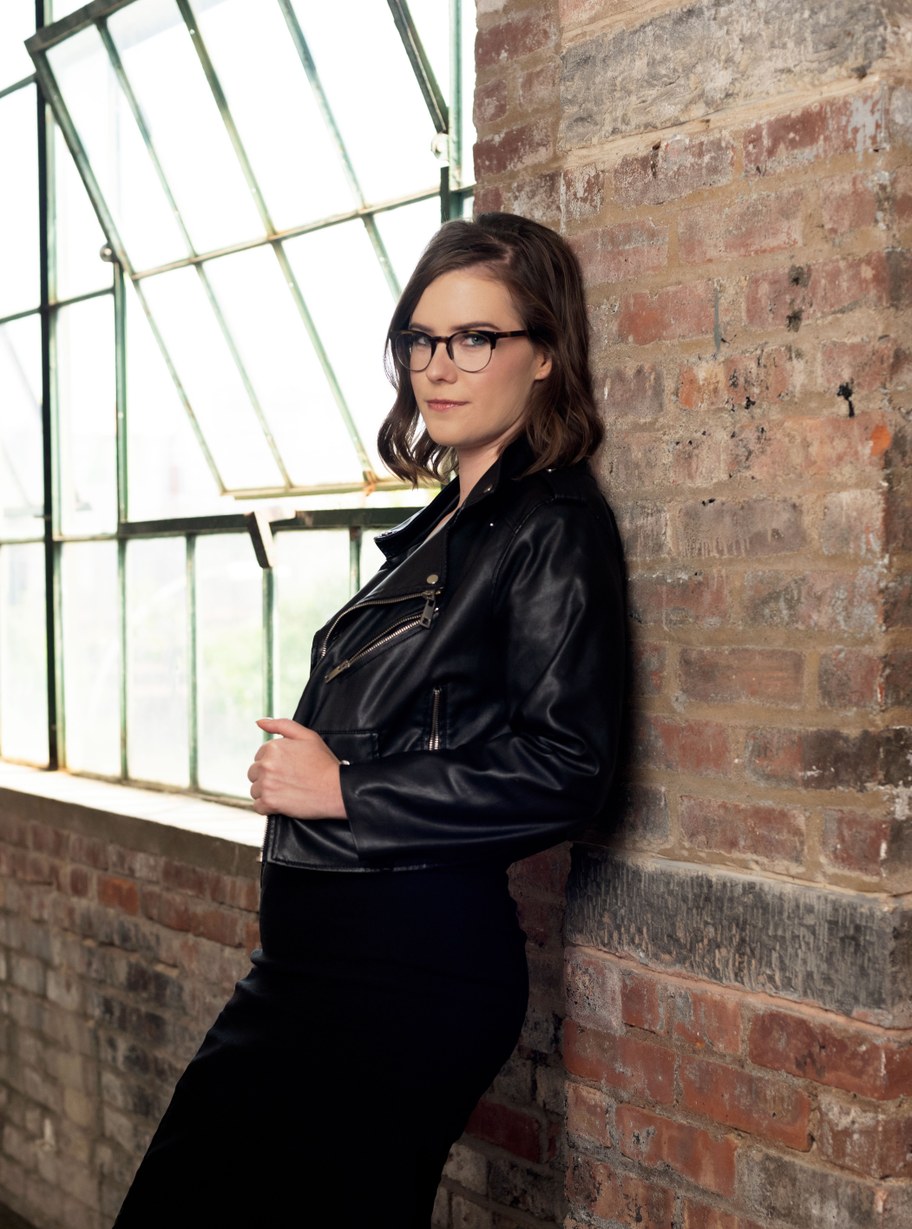 The power of alcohol addiction

In the book, Carr talks a lot about the risks her father indulged in, such as driving drunk with his kids in the car.

She wants to make the point that addiction follows people. “It's not like I put down these substances, and I am changed as a person. We push things to other extremes. And for my father and what I witnessed, that was smoking, that was driving too fast, that was workaholism to a certain degree. And so the book is really a love letter to him and a tribute to him. But in a very David Carr way, it does not leave out the other truths that we need to discuss when it comes to my dad.”

Carr personally struggled with alcoholism too. She says that when she admitted having a problem and reached out to him, he brought her to Alcoholic Anonymous meetings, introduced her to people who could help, and encouraged her to try sobriety.

At one point, he made a serious intervention. Carr recalls him telling her, “You can continue to drink and have a drinking problem, which I see happening. Or you could stop and be a significant person. And I'm not saying that that is the only two paths for you. But that's what I'm looking at, and I think something for you to consider.”

Carr was sober for nine months while her dad was alive. But she relapsed, and emailed him to apologize. He responded, “We can work from here.” But then he died, and Carr struggled with sobriety.

“When somebody close to you dies, you get something called the pass, and you can do whatever you want. You can eat whatever you want. And in my case, that meant drink whatever you want. And I just took it to an extreme because that's who I am as a person,” she says. “And after nine months…I basically said, ‘Oh my god. If I continue with this, I will be drunk all the time, and I will not live the life that my dad sort of set forth for me. So like why don't I try sobriety again?’ ”

“I so often was thinking about asking him for advice that I so rarely checked in with myself and was able to hear my own voice. And so in this saddest way possible, what if him dying was the only way that I could really figure this out? I don't know if that's true, and it makes me cry just thinking about that, but this is what happened,” she says.