Mindy Finkelstein (far right) spoke at the Million Mom March on Mother’s Day 2000 after being shot in the Granada Hills JCC shooting the previous summer. Photo courtesy of Mindy Finkelstein

Today is the one year anniversary of the mass shooting at Marjory Stoneman Douglas High School in Parkland, Florida, where 17 students and faculty were killed by an expelled student with an AR-15 semi automatic assault rifle.

In the months that followed, many of the students who survived launched a campaign to get lawmakers to enact stricter gun control legislation nationwide.

On March 24, 2018, Parkland students organized one of the largest protests in American history. March for Our lives which took place in Washington D.C., with dozens of smaller marches in other cities across the country. An estimated 2 million people took to the streets to demand changes to the nation’s gun laws.

March for Our lives was the largest public protest against gun violence. The previous record was the Million Mom March on Mother’s day in 2000 in Washington DC, led by victims of gun violence.

Gun violence had not risen dramatically in the months leading up to the Million Mom March, but two high profile mass shootings at Columbine High school in Colorado and at the Granada Hills Jewish Community Center in the San Fernando Valley confronted Americans with new images on the news. White suburban kids were fleeing gunmen in terror. Until that point, America’s gun violence epidemic was seen as an inner city problem that primarily affected people of color.

We look back at the origins of America’s mass shooting epidemic, and how it turned a million moms into activists and set the stage for future generations of gun control advocates.

This is the first story in a two-part series. 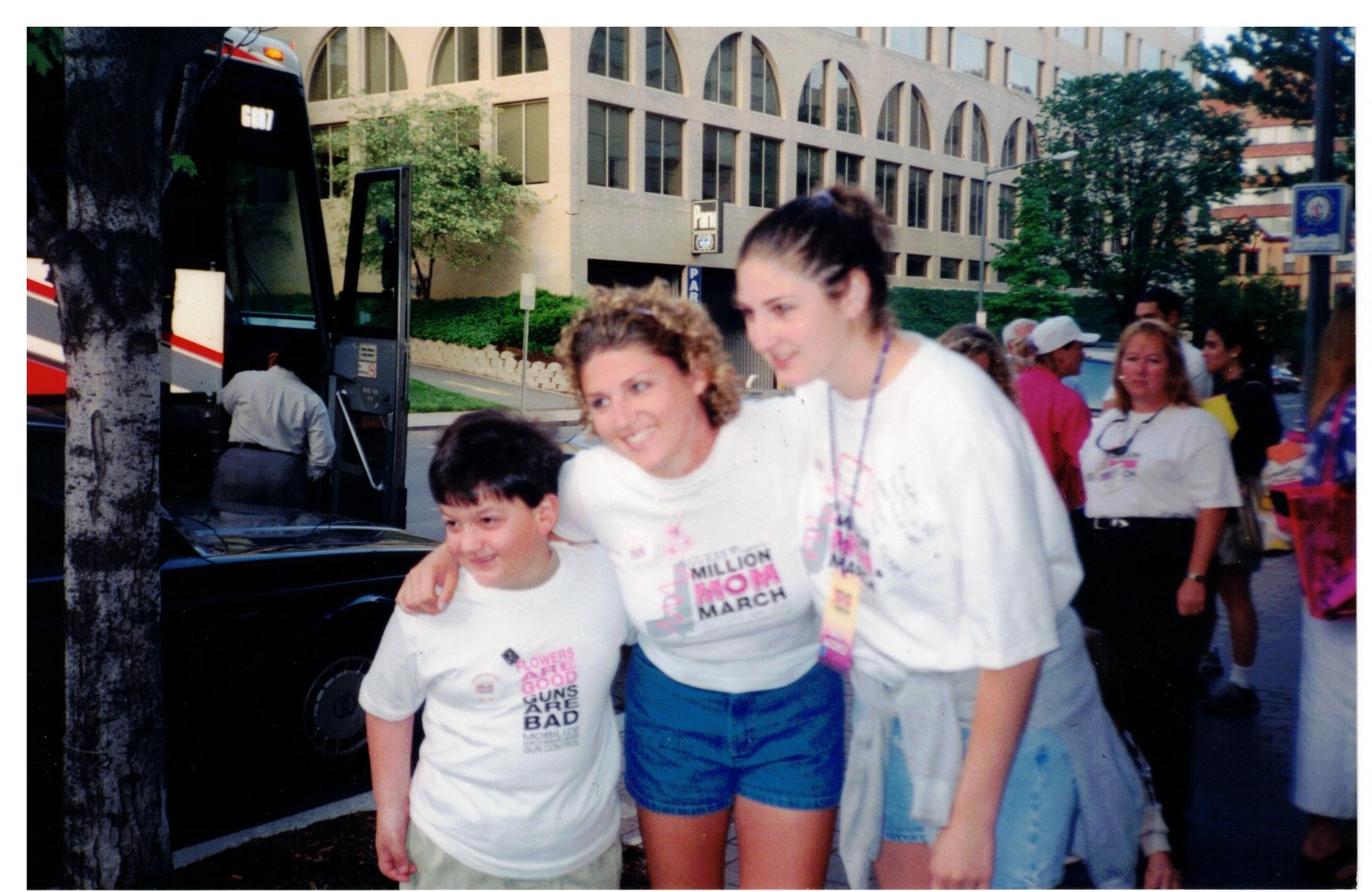 750,00 gathered on the Mall in Washington D.C. on Mother’s Day 2000 for the Million Mom March, including thousands of victims of gun violence. Mindy Finkelstein (far right) was shot at the Granada Hills JCC. Photo courtesy of Mindy Finkelstein