LA County supervisors Mark Ridley-Thomas and Sheila Kuehl are calling on Sheriff Alex Villanueva to resign. Villanueva says “I’m just going to ignore it and move on,” according to the LA Times. Photo by Amy Ta/KCRW

During the unrest in Kentucky last night following yesterday’s decision not to charge any police officers for the death of Breonna Taylor, Louisville police arrested more than 100 people and two police officers were shot.

Here in Los Angeles, hundreds of protesters descended on Downtown LA last night to express their frustration and outrage over the grand jury’s decision.

One demonstrator, a 26-year-old named Destinee, told KCRW’s Angel Carreras that as a Black woman, this meant a lot to her, “You know, I thought that because of all the outcry and the protests that have been going on, I thought something might change. But I shouldn’t have been as hopeful as I was.” 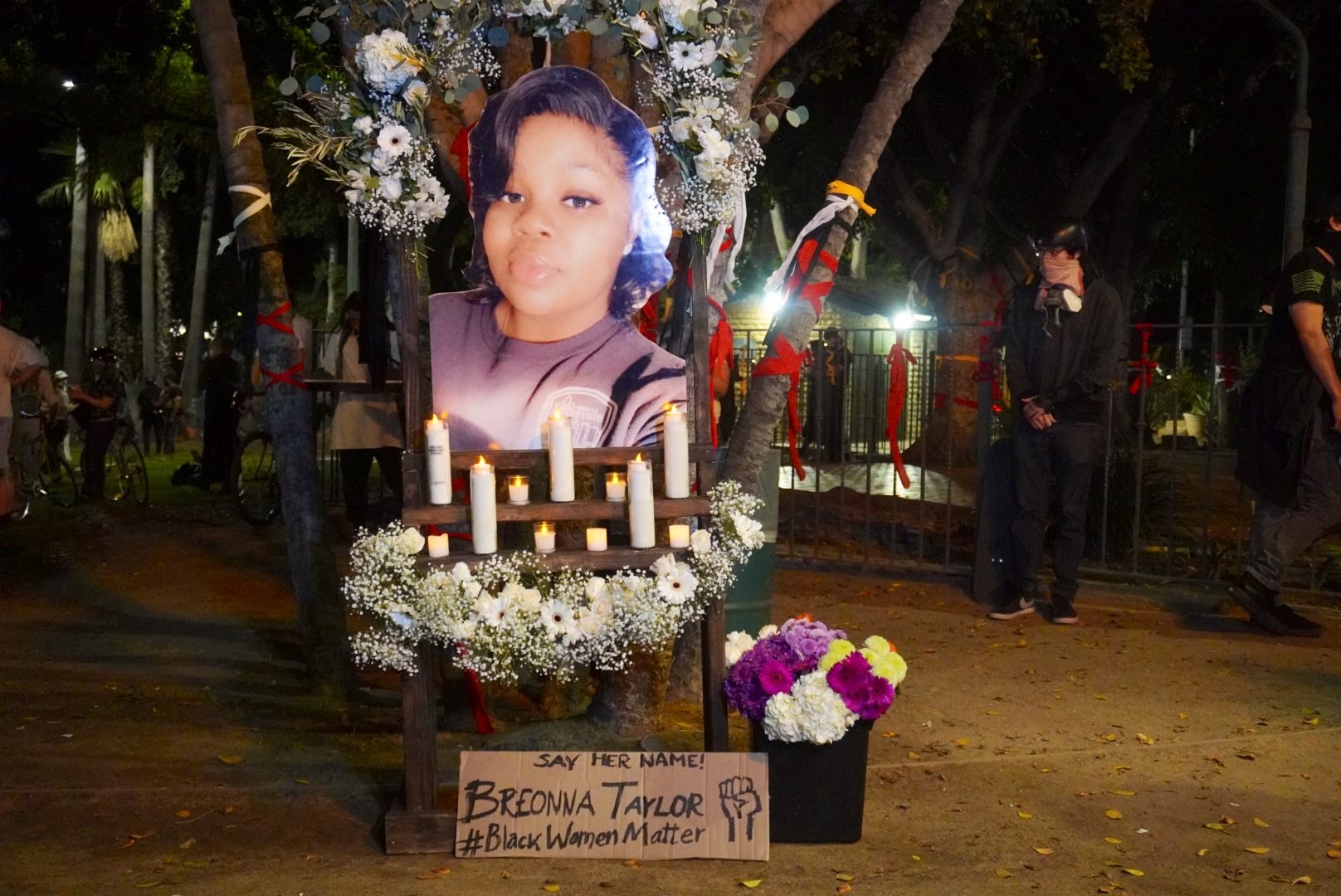 A makeshift memorial made for Breonna Taylor. Photo by Angel Carreras/KCRW

Another protester, a 21-year-old man named Anthony, said the decision failed every Black person in this country,“We all knew that the system was screwed up. But I wasn’t surprised. I was appalled. And it led me to vomit. And it’s heartbreaking.”

The fatal shooting of Dijon Kizzee last month has led to just the latest confrontation between the LA County Sheriff’s Department and its civilian overseers.

Earlier this week, the LA Times reported the story of Eric Briceno, a 39-year-old man whose family called 911 because he was having a mental health episode in March.

The family says when Sheriff’s deputies arrived, officers pinned Briceno  down, beat, and tased him. Briceno died due to “neck compression and restraint with a Taser,” according to an autopsy report released to the family. The Sheriff’s Department is still reviewing the incident.