The nearly 1000 voting centers in LA County will be open on Saturday through Super Tuesday, March 3. It’s time-consuming to sort through the issues, drive to the voting center, and stand in the line.

Starting this year, voters aren’t assigned to a single polling place. They can go to any voting center in the county. And some of LA’s most recognizable landmarks are doubling as voting centers -- to make doing your civic duty less of a chore and more of a fun experience. 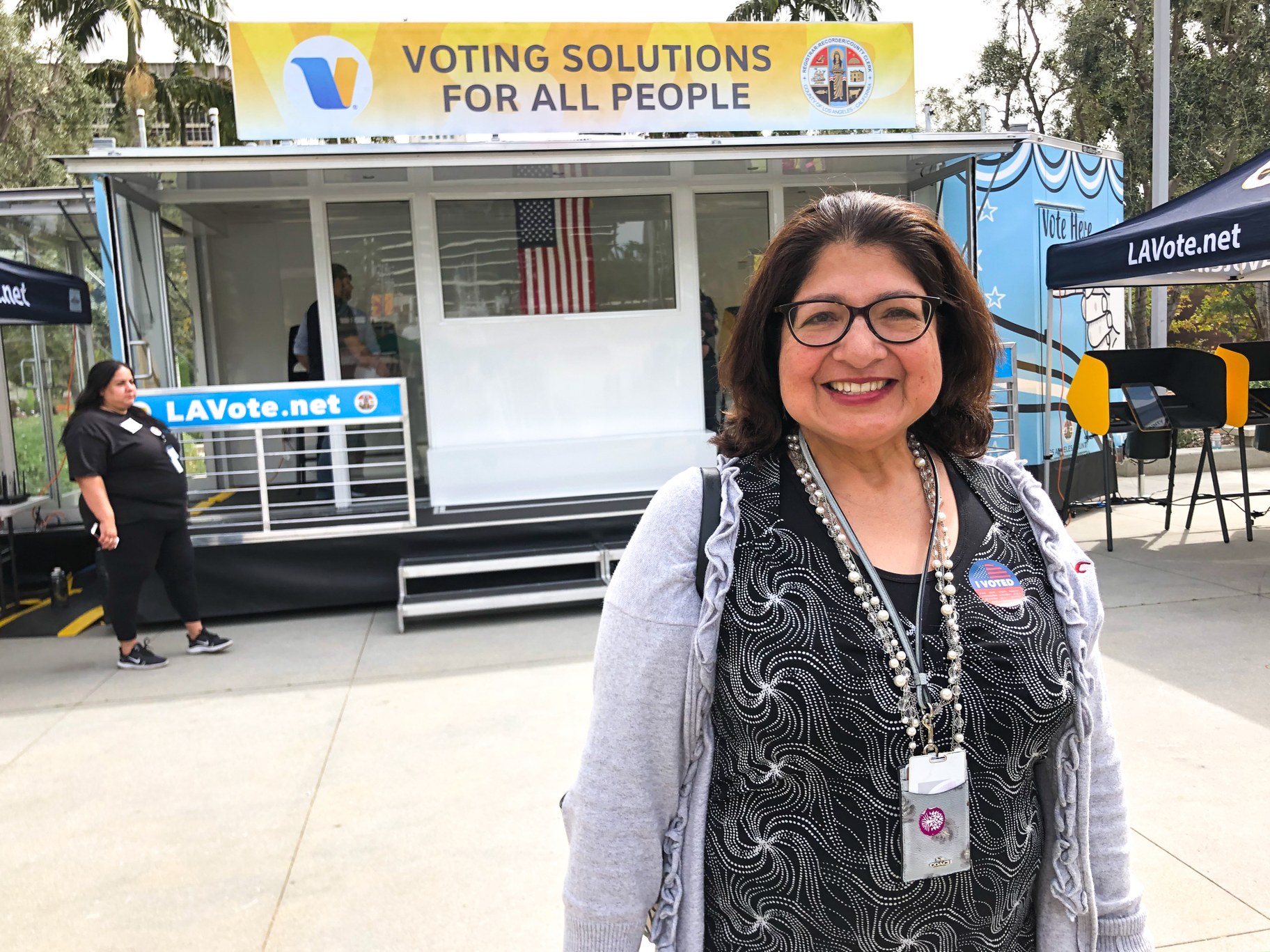 Rose Castellanos dropped by a voting center during her lunch break. She says the new election model is much more convenient. Photo by Caleigh Wells.

What to do: If you don’t want to rent a room at this historic luxury hotel, you could always stop in for a cocktail or brunch at the restaurant there, Circa 55.

What to do: Olvera Street and the historic French dip-famous Philippe’s are both a short walk away. The station also has a new restaurant called Imperial Western Beer Company. As the main hub of LA’s public transportation, it’s convenient to get there from even the farthest reaches of Los Angeles County. 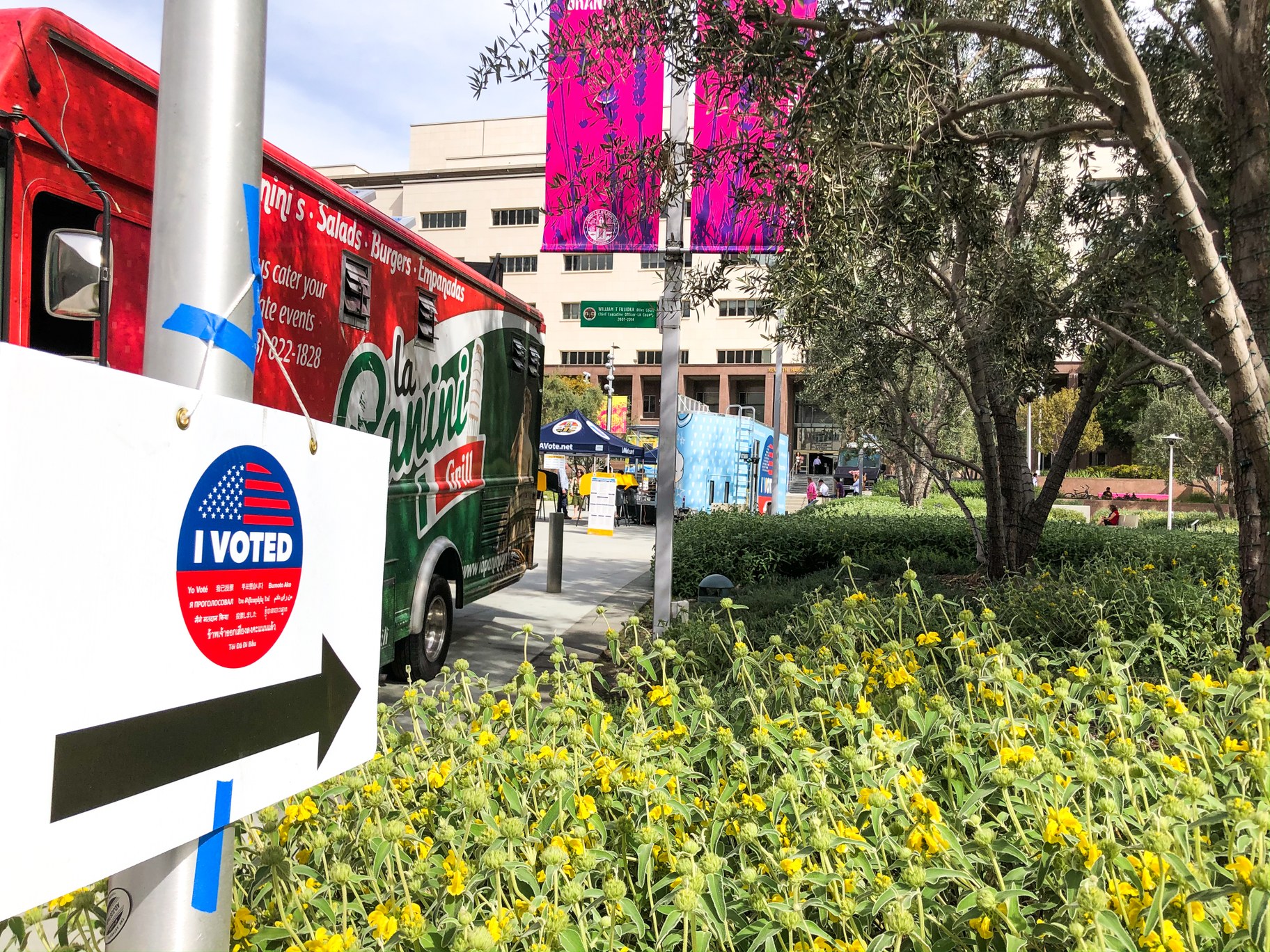 A pop-up voting center appears during the work day in Grand Park in Downtown L.A. Photo by Caleigh Wells.

What to do: If the appeal of an art museum isn’t strong enough, there’s also a free block printing workshop on Saturday. And for the voting procrastinators who wait until the end of Election Day, the museum is also hosting an election results viewing party on Tuesday.

What to do: Ride the roller coaster or the ferris wheel, try your hand at a couple carnival games, or take a short walk to Santa Monica’s 3rd Street Promenade. A highlight over there is the restaurant Dialogue, which earned a top spot last year on the L.A. Times’ 101 Best Restaurants.

What to do: The vintage restored movie palace is hosting a rooftop soiree on Saturday called “Free’dem” to encourage people to come out and vote. Also nearby is Clifton’s Republic or the Downtown Central Market.

If you’re looking for something closer to home, the county lists all of its permanent voting center locations in Los Angeles. 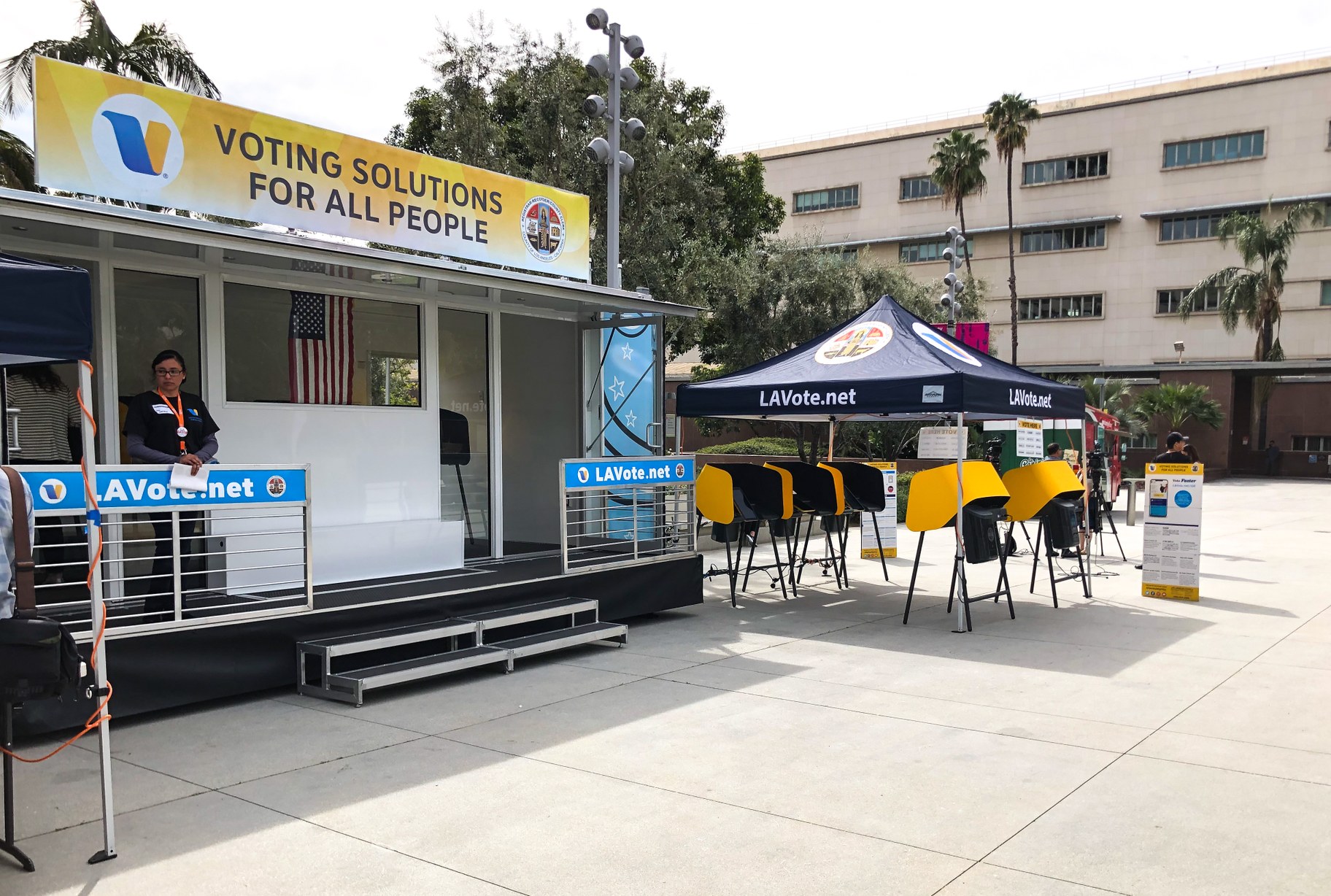 Pop-up voting centers have traveled across LA County to find Angelenos where they work and play. Photo by Caleigh Wells.

The county has also made an effort to bring mobile pop-up voting centers to places where Angelenos work and play. So far, the trailers of voting machines have appeared at farmers markets, the L.A. Zoo, Universal City Walk and Grand Park in Downtown L.A.

They have a few more stops before Super Tuesday, including:

The pop-up voting centers are just like the permanent ones. Voters check in, head to one of the touchscreen ballot machines, and make their choices. The machine prints out a ballot for voters to look over before they hit the button to officially cast their ballots.