Hospitals are working hard to prepare for a likely influx of coronavirus patients. Even in the best of times, not many extra hospital beds are available, nor extra equipment like ventilators.

Richard Riggs, Chief Medical Officer at Cedars-Sinai, says his hospital in Beverly Grove has set up triage tents outside the emergency room department and cancelled elective surgeries. Staff could be redeployed as well. The hospital aims to double its capacity of Intensive Care Unit beds and use alternate care areas.

“What I will say is that's why the current social distancing initiatives … are really to try to flatten the curve. The number of cases that we may treat over a period of, say, two to three months … if all those cases came in at once, it would be difficult for us to respond immediately,” says Riggs, who is board-certified in physical medicine and rehabilitation and clinical informatics. 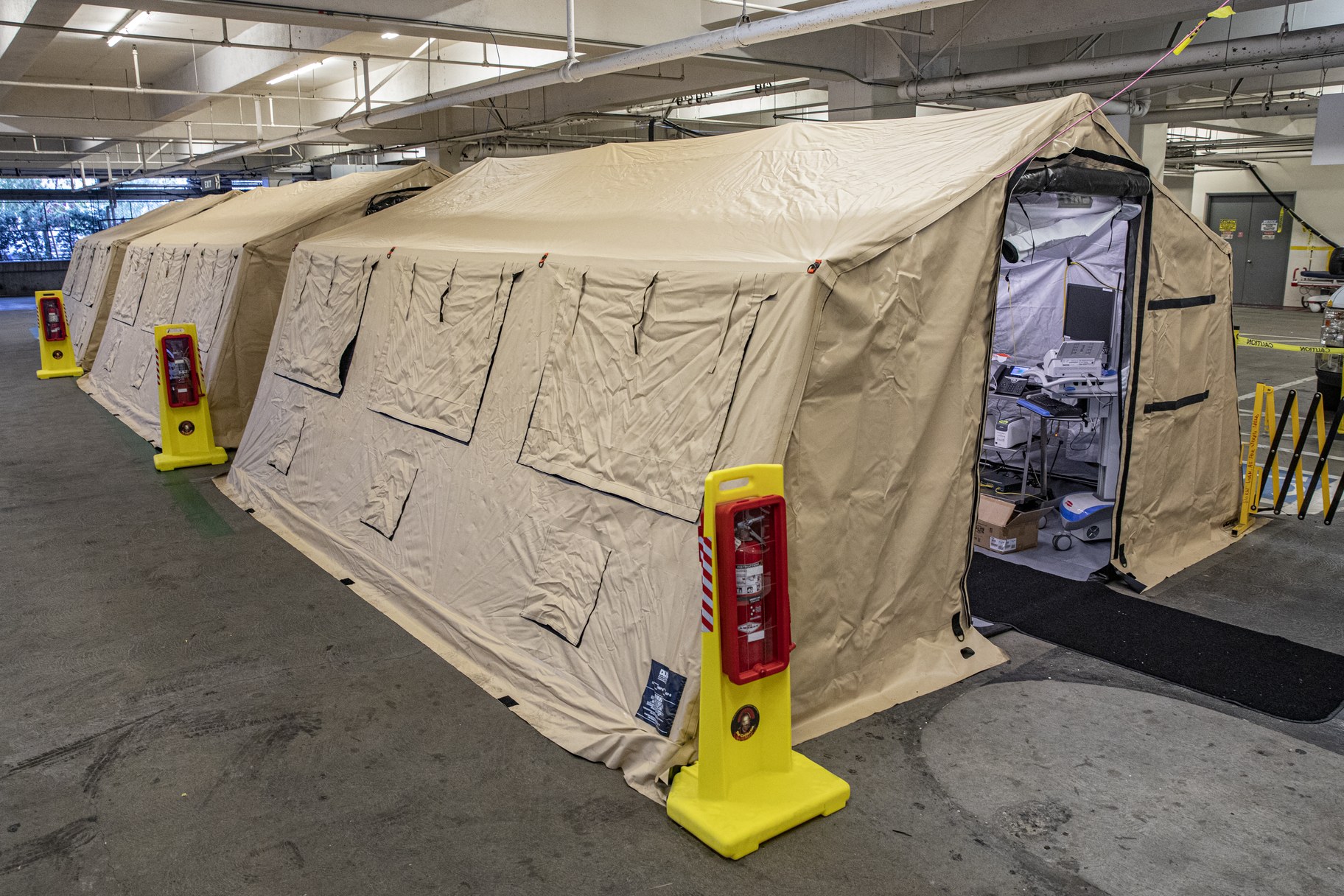 In Italy, some doctors are choosing which patients would get ventilators and which would not. Has Riggs discussed this kind of rationing with his staff?

“At the county level, we have begun those discussions around having one standard that we would apply across multiple different hospital settings and hospital groups in a cooperative nature -- much like we would with an earthquake or mass casualty,” he says.

As far as rationing, he says, “There are ways to determine the folks who are going to respond in the age groups as well as comorbidities -- to understand where we might have to apply our efforts first to move things through the system. At this point, we're not at that place.”

He reiterates that social distancing and flattening the curve would help a lot with this. “If we can get down to only one in eight people circulating in the area, that means that we will have a significantly decreased spike, and it will occur over a longer period of time. But that would allow for fire, police, health care workers, pharmacy, etc. folks to be out and about.” 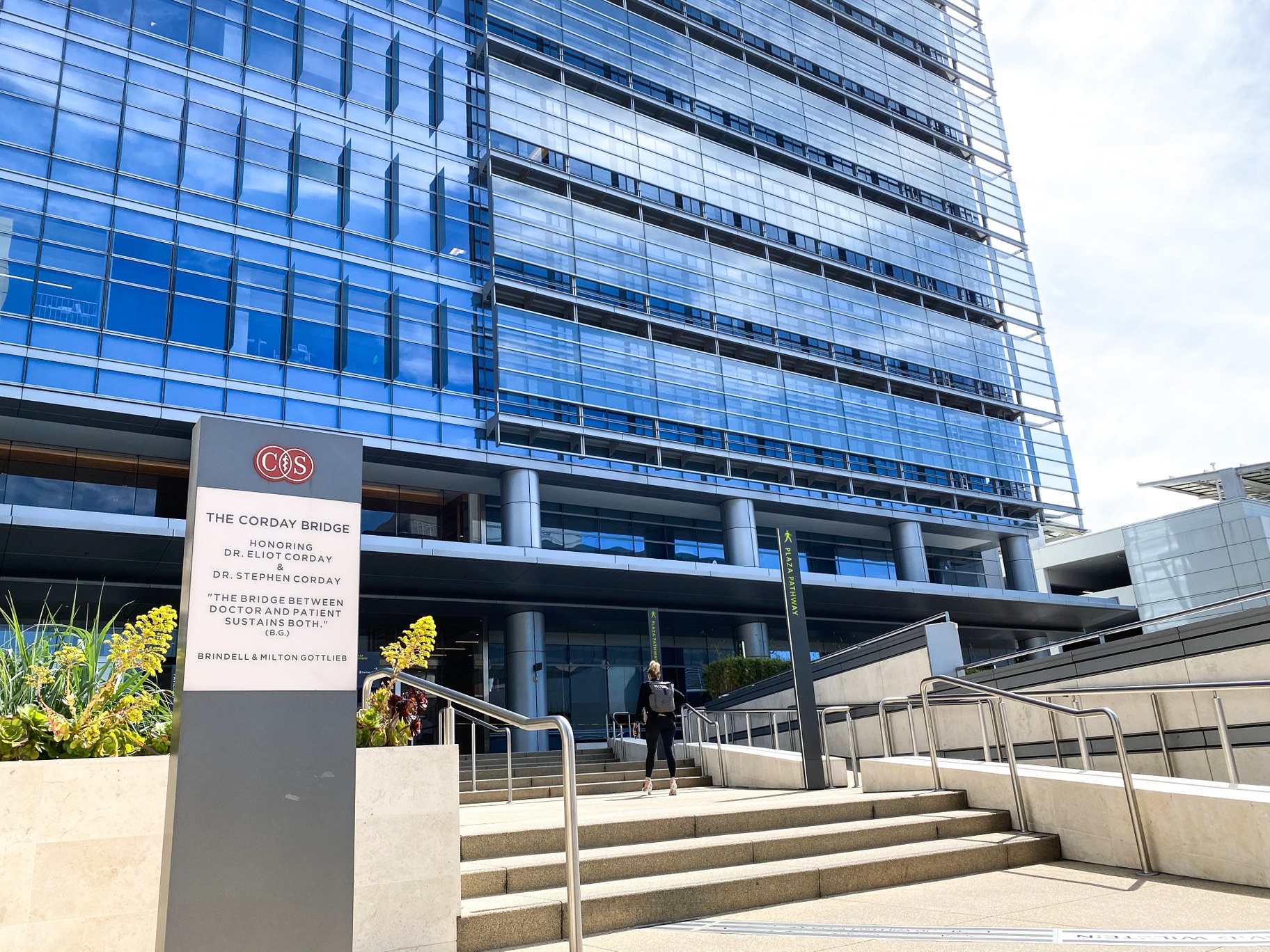 The exterior of Cedars-Sinai in Beverly Grove. Photo by Mark Fiji.

What does the hospital really need right now, in terms of equipment and testing?

“What we really need is for folks that are not symptomatic and don't need emergency care -- not to present themselves to the hospital if they need primary care or even urgent care visits,” he says.

Riggs notes that people could get care through online and telehealth options across LA, even for chronic conditions like diabetes or hypertension.

Does canceling elective surgeries include surgery for serious illnesses like cancer?

“No. We have a whole carveout of folks like oncological surgery, as well as surgery that is likely to be semi-urgent. So those are continuing on a regular basis,” Riggs says.

He explains that staff went through hundreds of surgeries over the weekend, and various department surgeons/chairs/experts identified which cases could be postponed and which should be scheduled sooner. This would allow for resources ahead of waves of COVID-19 patients. 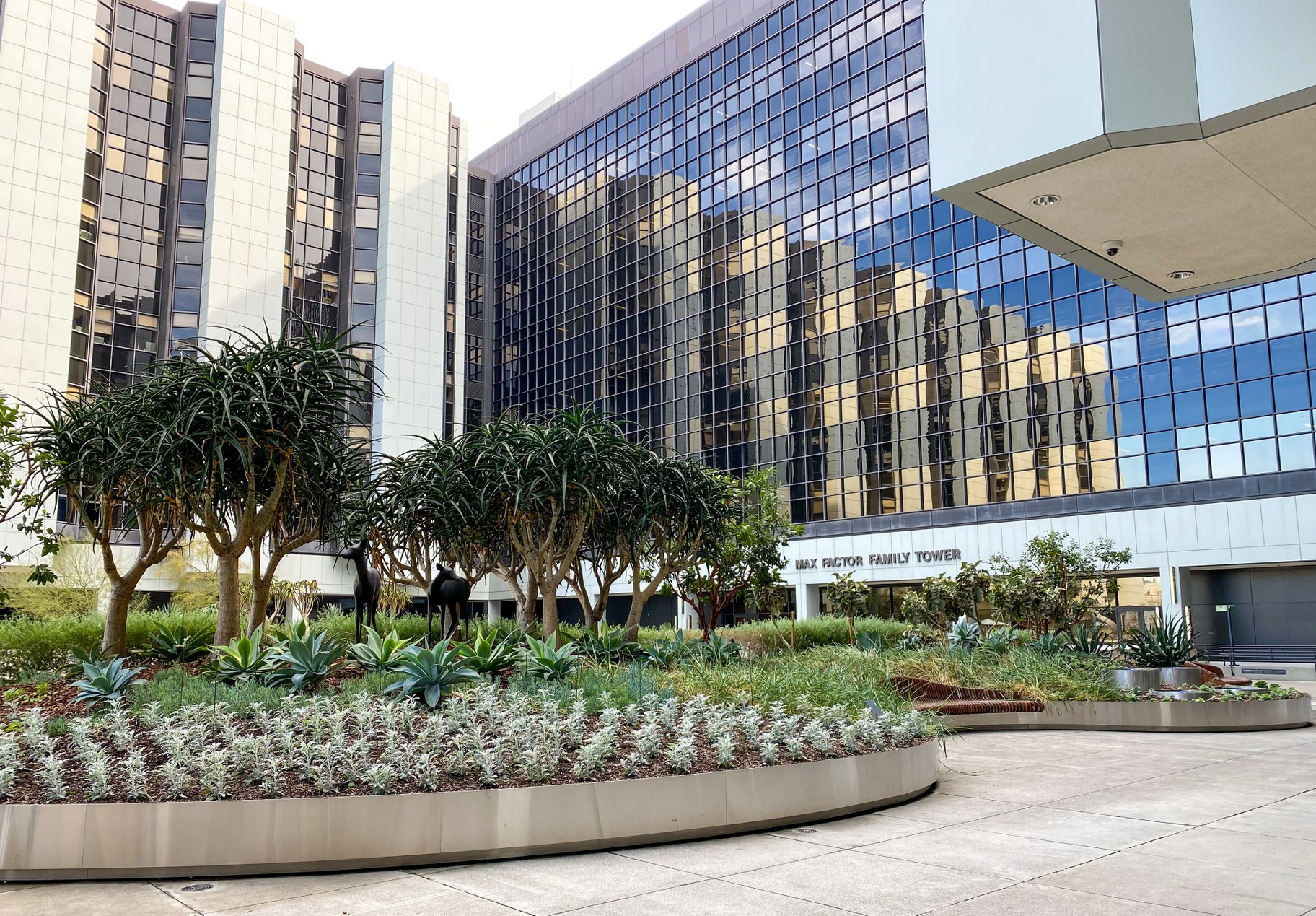 There aren’t enough COVID-19 tests across LA, but what about ventilators and masks for health care workers? Does Cedars-Sinai have enough of those?

Regarding ventilators, Riggs says the state has assured him that they have a stockpile, which they will deploy with Cedars-Sinai is at the edge of its capacity.

He points out that certain equipment could be repurposed, such as ventilator machines used during surgery.

But supplies are a whole other issue. Riggs explains, “This supply chain was interrupted not only because of the surge, but also because of the decreased production and deliveries out of China. And so I think that those factories are beginning to ramp up. And folks are looking at ways to get masks and other personal protective equipment (PPE) into the hands of the care providers who need it most.”

He emphasizes, “A mask in public really does not have any added benefit. And so therefore, we should really try to have the health care workers who need them be the ones that are utilizing them.”

When does Riggs expect the first surge of patients at Cedars-Sinai?

Riggs says health care workers are already treating individuals under investigation for COVID-19, and they’re trying to understand how to acutely treat folks who may or may not have the virus.

“We are on the front edge of that already. And what we don't know is what the next period of time will call for. We're planning on a regular basis of what we can do in the next 24 hours. But planning for the next three to five days, and reevaluating on an ongoing basis to sort of gage our plans and respond appropriately,” he says.

Richard Riggs of Cedars-Sinai says his staff have set up triage tents outside the emergency room department and cancelled elective surgeries. The hospital aims to double its...

Leah Thomasson’s second baby is due this Friday. The Culver City resident says she and her husband knew for a while where they’d deliver the baby and what to expect....

Gov. Newsom says schools will likely be out until the fall. LAUSD teachers scramble to adjust

An election is still going on amidst the coronavirus pandemic.