Comedy Central’s hit show “Awkwafina is Nora from Queens” is back for its second season. The show is loosely based on the life of actress/musician Awkwafina. Her father, Wally, is played by BD Wong (“Law and Order: SVU,” “Jurassic Park").

He tells Press Play that he’s never had a role like this before, and he enjoys it more than he’s enjoyed most things.

“I like the guy that I'm playing. I have warm feelings for him. He's based on Nora’s real father. And Nora’s real father is a living, breathing person, and so you feel a certain kind of responsibility or a pressure about that. … I also enjoyed the spirit of improv that's in our show that I don't get the opportunity to explore very often in other places. So between … the general spirit of the show and the general spirit of the cast, I just thought it was an ideal job,” says BD Wong.

He adds, “One of the things that I'm always looking for is … both humor and emotion. And I think that if those things can balance each other and both be present in a show, then the show has got its most greatest chance of reaching people. And not only entertaining them, but making them feel something.”

The actor didn’t know Awkwafina beforehand, and the show’s crew approached him with the role, he recalls. “I really did jump at the chance to do it. I really have always felt … that Awkwafina was someone to watch. … She was really poised for … a really interesting career. And I wanted to be a part of that.”

How accurately does the show mirror Awkwafina’s real life?

Wong says many episodes’ core premises are based on her experiences. “There are episodes of things that happen that she always talks about. She'll say, ‘This really happened. So let's get this right. And this is why this is in the show, because it really happened.’”

But he notes there are absurd plot devices and storylines that aren’t true either. 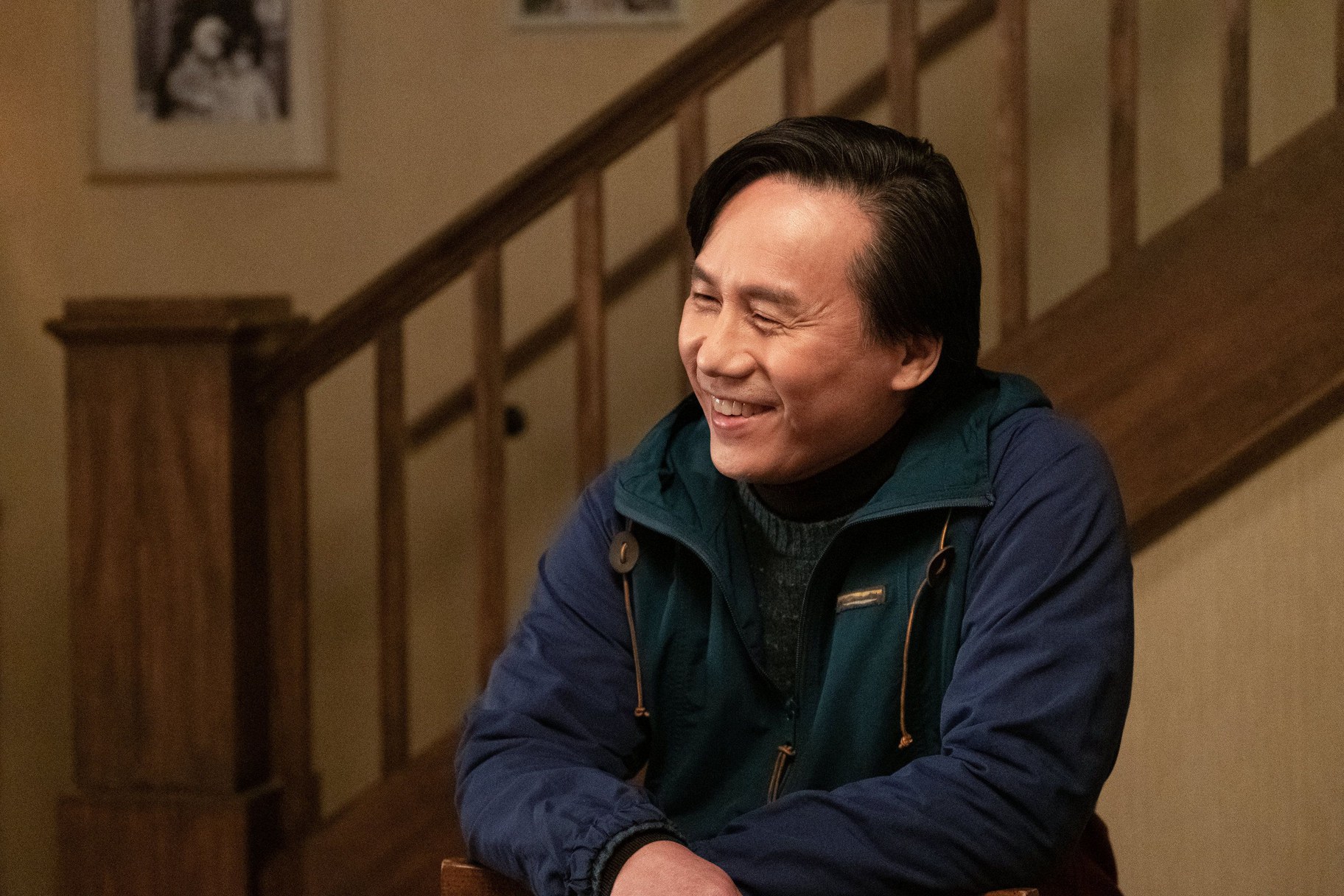 “I like the guy that I'm playing. I have warm feelings for him. He's based on Nora’s real father. And Nora’s real father is a living, breathing person, and so you feel a certain kind of responsibility or a pressure about that. … I also enjoyed the spirit of improv that's in our show that I don't get the opportunity to explore very often in other places,” says BD Wong. Photo by Zach Dilgard.

Directing for the first time

The next episode of the show, “Tales from the Blackout,” marks Wong’s first foray into the world of directing. He says Awkwafina herself approached him with the idea, and he embraced the opportunity.

“What ended up unfolding for me was a great learning process in not only the experience of directing an episodic television show, which ends up being a very heavy responsibility, but also the maddening experience of acting in a show that you're directing,” he explains. “There's nothing natural about that at all. You're actually having to oversee everything. And then at the same time, you are on camera, trying to be your own third eye, which is kind of impossible.”

The episode Wong directs touches on anti-Asian racism. He says it was an opportunity to amplify the fact that prejudice still exists today.

“My first instinct is to ... remind everybody that this anti-Asian sentiment is very present in an Asian American person's life forever. … And so telling a story about it and having it put into the spine of a television show is very natural to those Asian American artists who are working on it. It's a thing we don't tire of talking about because we so desperately want people to understand it, and appreciate it, and embrace it the way that we do,” Wong says.

He says the show’s policy is to not overemphasize the Asian American-ness of the characters.

“And yet every once in a while, something naturally happens that is inherently Asian American. … That's equally important to stress, as well as the times that we're not stressing it. It's something that you hope in your career that … you can take your voice and put it out there in a way in which it will … create discussion about something that's important to you.”

How Asian representation in media is shifting

For much of Wong’s career, he admits he’s been typecast in doctor and scientist roles. It happens so much that when he’s approached with a new but similar role, he has to consider whether or not to take the job. So with Wally, Wong says he’s finally able to portray a “real person.”

“I really enjoyed what felt like playing a real person. The emblematic thing that makes him a real person … is his relationship to a romantic interest. I’m embarrassed to even report that throughout my entire career, I've never really had a romantic relationship in any of the parts that I play,” he shares.

He continues, “The greatest storylines and the greatest characters are all people who enjoy that intimacy with another person. … So when you don't have the opportunity to have that relationship, you are relegated to a much more supporting background kind of place.”

But Wong points to a shift in the roles Asian actors are now playing, using Awkwafina’s casting in Marvel’s “Shang-Chi and the Legend of the Ten Rings” and actor/comedian Bowen Yang’s rise to celebrity. 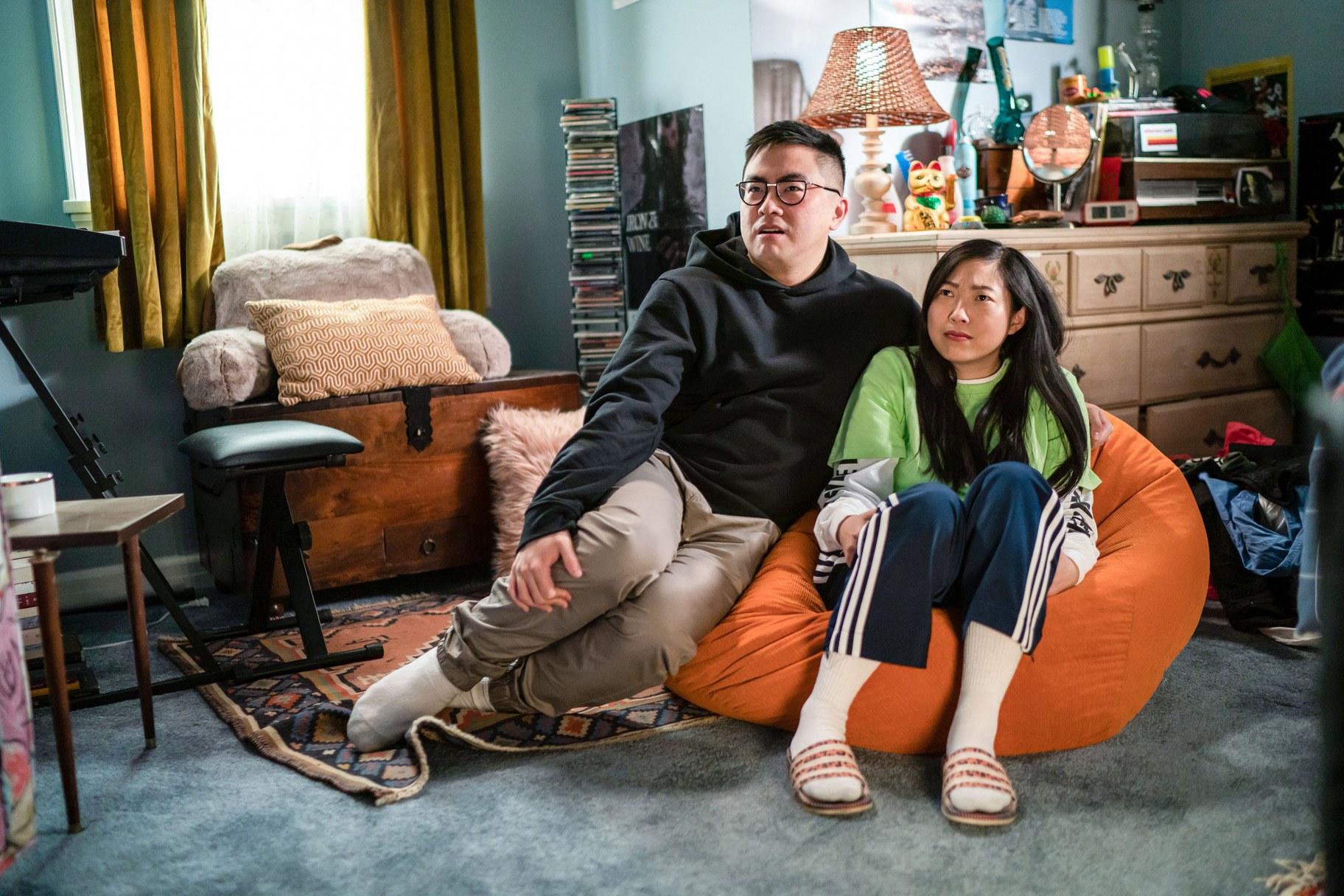