Kool and the Gang’s iconic anthem, “Celebration,” turns 40 years old this summer. It’s been played at weddings, graduations, and even a campaign rally for presidential hopeful Joe Biden.

Bandleader and co-founder Robert “Kool” Bell says the idea for the anthem came from his brother, Ronald Bell: “We were out in L.A., and we had just won two American Music Awards for ‘Ladies’ Night.’ At the end of ‘Ladies Night,’ we speak about ‘this is your night to celebrate.’ ... It had that kind of down-home groove to it, like you’re down south, sitting on the porch in your grandmother's rocking chair. And then you’re, ‘Yahoo! How are you feeling today?!’ ”

“Ladies’ Night” had a disco vibe to it. The song was released in 1979 -- the time of Studio 54, a disco nightclub in Manhattan.

“My wife and I, we used to hang out in New York. And then on the weekends, there was always a ladies night. So I thought it was a great idea. And we take that back to the guys,” Bell says.

The birth of the band -- and name changes

Bell says he and his brother grew up in Youngstown, Ohio, then they moved to Jersey City and formed the group in 1964, when he was 14 years old (all the members were young).

“We called ourselves the Jazziacs. And then we changed the name to the Soul Town Band because Jersey City was trying to be like Motown.

One of the masters of ceremony for Soul Town came up with this idea, and he had a picture of a big block of ice and fire on top melting ice. He said, ‘How do you guys like that?’ … So we became Kool and the Flames,’ ” Bell says.

But that name didn’t work. James Brown and the Famous Flames already existed. “We didn't want to have any problem with the godfather. So he said, ‘We’ll just change the name to ‘Gang.’ The music is R&B, funk. So that’s how we became ‘Kool and the Gang.’ ”

How did Robert Bell become known as “Kool?” He says guys in his Youngstown neighborhood had nicknames, and when he left, he was an “old country boy” going to New York, Newark, and other big cities. “So I had to try to fit in. I think being ‘Kool’ might work,” he says. 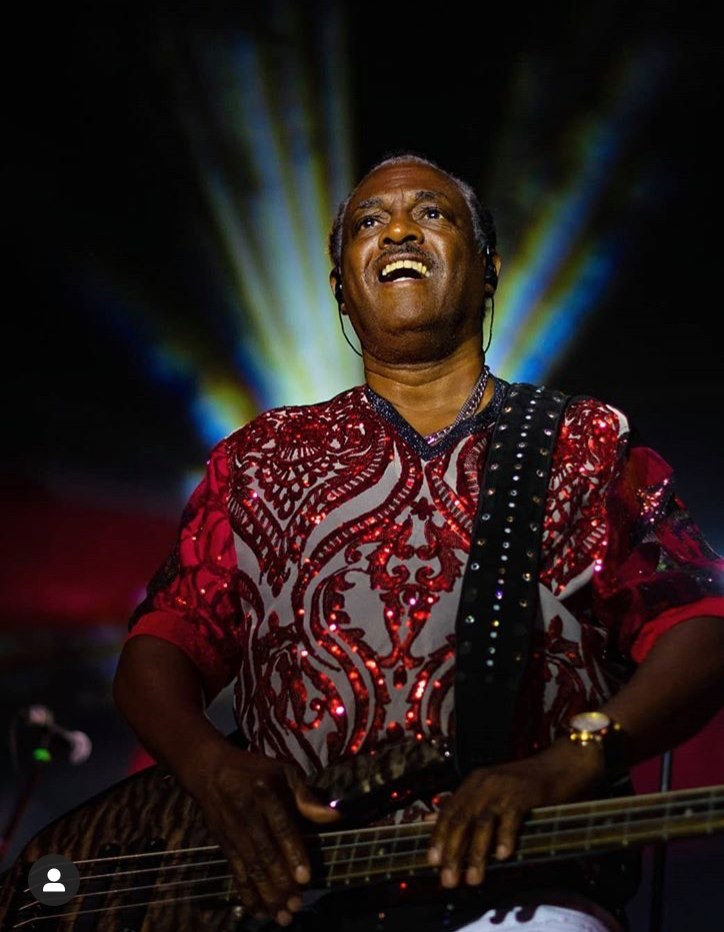 Bell’s band appeared on Soul Train, but then came MTV in the 1980s.

“It took a little while to get on MTV. But I mean, MTV was different. You’re talking video -- a whole different approach to the music scene. Soul Train and American Bandstand, you [were] actually doing your thing. Videos were videos. That's a whole other part of the industry at that time. But MTV was very strong, very powerful at making things happen,” he says.

How does he feel about politicians using his music?

“That's a hard one to control because of the song ‘Celebration.’ I remember one time, I think it was [George W.] Bush and [Al] Gore. And we got a call from the Democrats, we got a call for the Republicans to play for the inauguration.”

Did he say yes to both sides, or no? “We just waited to see what was going to happen,” Bell says.

Guest:
Robert “Kool” Bell - co-founder of Kool and the Gang

Why Mt. Wilson matters, as the Bobcat Fire burns near the observatory Press Play with Madeleine Brand Sep 16 Coronavirus: Italy turns to mass quarantine. Could we see this in US?

Today, Italy expanded this weekend’s lockdown across the entire country. Sixty million people are now included in the quarantine.

The Grand Princess, a cruise ship carrying more than 3000 people, has docked in the Port of Oakland. That’s after days of being forced to stay off the coast of San...

In Washington state, at least 19 people have died from coronavirus. Most of them were at a nursing home outside of Seattle. Governor Jay Inslee says he’s considering...

What ‘A Day Without Women’ in Mexico looks like

Thousands of women in Mexico are striking today. They’re not going to work or school. They’re participating in the economy at all. They’re calling it “A Day Without Women”...

Robert "Kool" Bell tells us how his band got their name "Kool and the Gang," plus the origin stories of their hit songs "Celebration" and "Ladies' Night."

‘A corrupt and politically motivated favor’ LRC Presents: All the President's Lawyers