The book cover of “Prisoner.” Photo courtesy of Anthony Bourdain/Ecco

Iran-based Washington Post correspondent Jason Rezaian and his wife, Yegi, were going to a birthday party in 2014 when they were stopped at gunpoint, arrested, blindfolded, and taken to Tehran’s notorious Evin prison.

Iran is a country with a long record of human rights abuses and mistreatment of the press, and the two journalists weren’t exactly surprised. But they had no idea what they were in for.

Yegi was imprisoned for two and a half months and released. But Jason spent nearly a year and a half there. There was an international campaign to free him. And he became a pawn in the nuclear deal negotiations between the U.S. and Iran.

Jason Rezaian writes about this in his new book, “Prisoner: My 544 Days in an Iranian Prison — Solitary Confinement, a Sham Trial, High-Stakes Diplomacy, and the Extraordinary Efforts It Took to Get Me Out.”

He tells Press Play, “You make that calculation in your mind when you move to a place like Iran that's got a track record of imprisoning journalists. And you think that if you play by the rules, and follow them closely, and are transparent in your activities, nothing like this will ever happen. But it did… There were so many twists and turns in the whole ordeal, but in the first few days, I was certain that it would end more quickly. I never thought that it would get to a point where I'd be put on trial. And I was openly being accused of really egregious national security crimes, and threatened with execution publicly and in my interrogation room. So yes, I knew it could happen. No, I didn't think it would.” 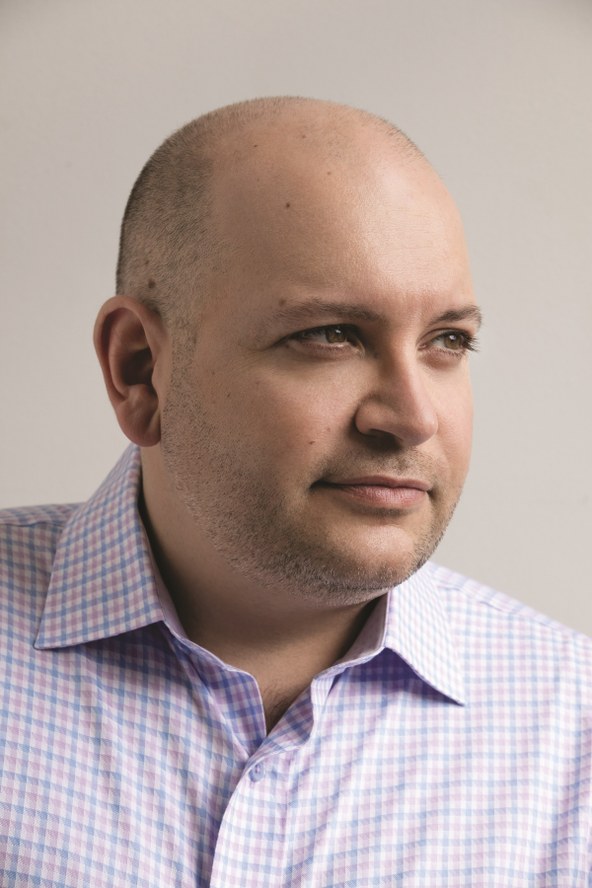 Initially, Rezaian was accused of being the station chief of the CIA in Tehran. Their proof: reference to a Kickstarter project where he said he’d try to bring avocados to Iran. “They were certain that this was code name for something much more nefarious,” he says.

Rezaian was in solitary confinement for seven weeks. When he came out, he realized he was being used in US-Iranian nuclear negotiations.

“I started to understand, ‘okay, this is bigger than me just being swept up into a case of a big mistake.’ This is part of a larger set of issues. It took some months to really realize, ‘okay, I'm in the middle of a geopolitical hurricane, and my fate is going to be tied up with that,’” he says.

After that, Rezaian had to go to trial, which he describes as ridiculous from the get-go.

“The trial started 10 months after my arrest. I realized that this was a ridiculous process. And everybody is playing a role here. And if I go up there and plead guilty, there is a chance that they might pardon me a few days later or months later. But that would be something that I have to live with for the rest of my life. And it wasn't something that I was going to do,” he says. “My wife was very adamant about the fact that as two people that haven't done anything wrong, but have had this massive propaganda campaign sort of hurled at us, denied our opportunity to speak publicly, defend ourselves, and answer to these accusations -- there's no way you're going to get up on the witness stand and plead guilty.”

Rezaian says his wife, Yegi, was his lifeline. She was Iranian, knew the society inside and out, was a journalist, and dogged in trying to get him free. She developed a source within the government who gave her accurate information about what was going to happen to him.

“She was a rock. My family, my mother, and my brother here in the U.S. did everything they could to keep my name in the public spotlight. They were incredibly successful at it. But they were doing it right here in the U.S.A. My wife was doing it on her own in Iran, in a country where women are not granted the same rights as men… She had a husband in prison… she was playing super woman at that point,” he says.

Rezaian says the situation spiraled out of everybody's control, and so much outrage mounted that the Obama administration had to do something to end it.

“If you look back at the moment of the deal, there was a lot of dissent publicly and within the government, in Congress, over the nuclear deal. And so it gave the return of Americans from Iran. It was a nice headline that day,” he says.

Rezaian thinks he’s allowed to go back to Iran -- but not leave once he’s there. It’s something he’s tremendously sad about.

“I'm more sad for my wife because she's lived her entire life there. And then one morning [was] told very abruptly that she was getting on a plane and leaving her home forever. Her parents are still there. It's a great, great wound that they've inflicted on she and me and our families. So I'm very sad about it. I miss the place. I miss my friends there. I miss the life that she and I were building there. And I don't think that there's an opportunity to go back any time soon. If and when we're able to go back one day, it will be undoubtedly to a very different experience,” he says.

#FreeJason: The inside story of The Post's fight to free Jason Rezaian from Iran

-- Written by Amy Ta, produced by Sarah Sweeney and Yael Even Or