Ludwig Göransson composed the scores for “The Mandalorian,” “Black Panther,” “Fruitvale Station,” and many other films and TV shows. Photo by Austin Hargrave

When it comes to film scores, no name looms larger than John Williams. And no John Williams score is more recognizable than “Star Wars.”

Swedish composer Ludwig Göransson had a pair of Death Star-sized shoes to fill when he took the musical reins of the franchise to score the critically acclaimed live-action Star Wars television series “The Mandalorian.”

“Anyone growing up in any part of the world is a Star Wars fan,” Göransson tells KCRW’s Press Play. “I heard the music before I saw the movie ... [it was] the music that really caught my interest in Star Wars.”

To craft the series’ musical themes and motifs, Göransson drew on what he first felt as a 7 year old. He also stepped away from the computer, which he typically uses to write music, and returned to a familiar childhood instrument as well — the recorder.

“I just surrounded myself in my studio with instruments that I can play myself,” Göransson says. “So I bought a set of different recorders, and that was the first thing I did. Just sitting down, mediating, just closing my eyes, and just recording myself playing the bass recorder for three days.”

“I had to get back to it because I haven’t touched it for about 20 years,” Göransson says. “So what you hear in the intro of the theme is the bass recorder, and I put some different effects on it, so it kind of sounds almost like a space flute.”

On the moment that made him want to become a composer

“My dad was a guitar teacher. So he gave me an electric guitar when I was about 8 years old. And then we sat down about 15 minutes every day and started playing guitar. And I remember a year later when I was 9, I heard this music in my dad's basement. I went down there and opened the door, and I saw my dad headbanging. I had never seen him headbang before. But I heard this loud music and I asked him, ‘What is this?’ And he's like, ‘This is a new band I'm trying to learn because my students want me to play this with them. And it's called Metallica.’

And when I heard that for the first time, I was like, ‘Okay, I want to devote the rest of my life to music.’

But as I grew older, I got into jazz. And in high school, I got into classical music. And I went to the Royal College of Music in Stockholm for jazz improvisation. But what I loved doing the most was to write music. And I loved writing all different types of genres. And I think somewhere in my mind, I knew that in film scoring, depending on what project it is, you can be able to write music for any type of genre. And that I think that was one of the reasons why I was so interested in film scoring.”

On his friendship and frequent collaboration with director Ryan Coogler

“We just became friends first. I’d just moved to LA, I didn't know a lot of people. And at a party I started playing pool with Ryan Coogler. We were both students. And he knew I was from Sweden for some reason, so he came up to me and started talking to me about the Swedish artists that he loves. And I thought it was so cool that he knew about these artists. And we started talking about film and music and, and we became friends. And then six months later, he asked me if I could score his first little student film called Locks. And we've worked together since then.” 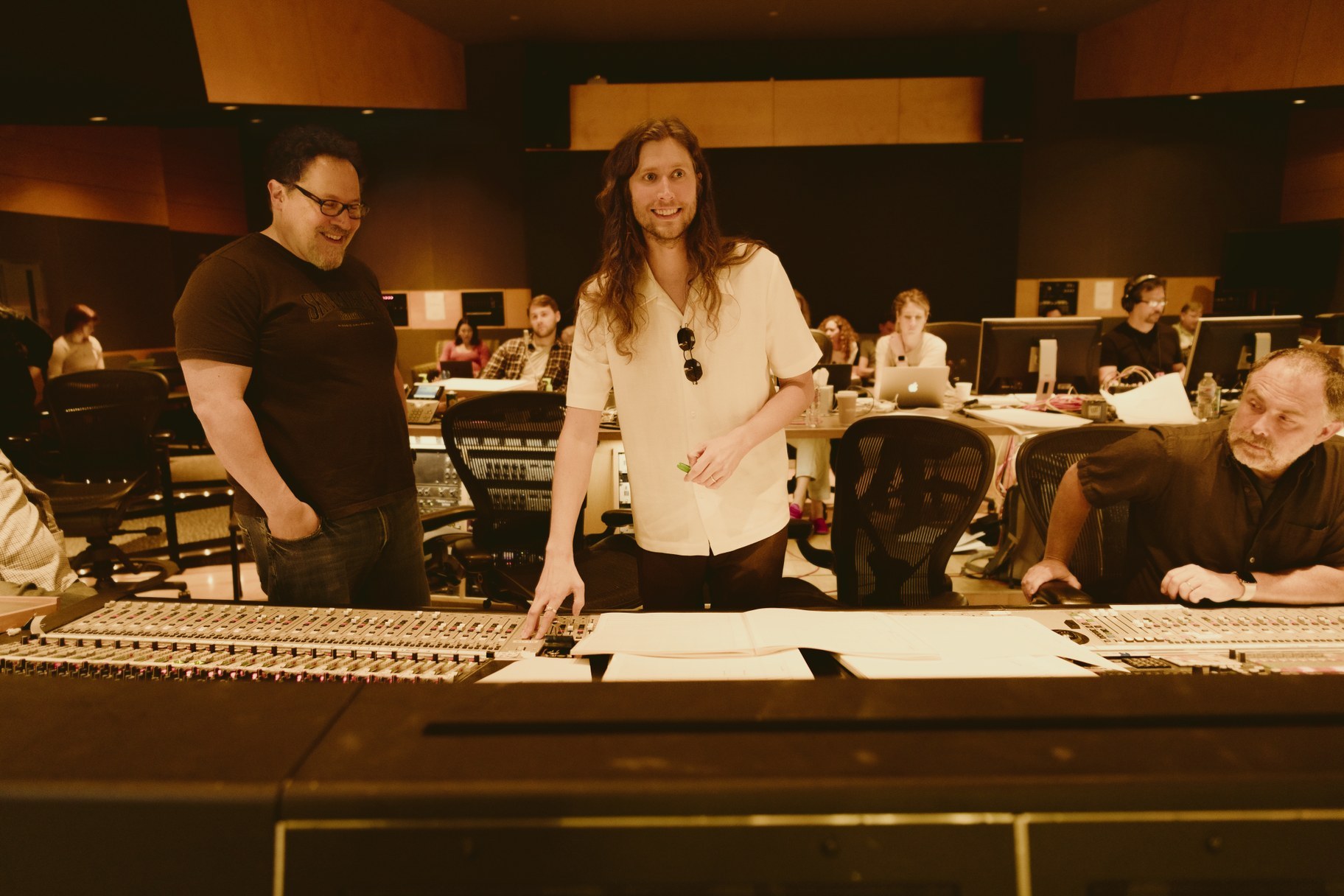 Ludwig Goransson frequently collaborates with director Ryan Coogler. They met over a game of pool while they were both film students at USC. Photo by Austin Hargrave.

On his Academy Award-winning score for “Black Panther”

“After I read the script, I knew that I had to go to Africa and learn and study African music and work with African artists. And my friend linked me up with Baaba Maal. I just called him up, and he was like, ‘Hey, yeah, just come down. You can live with me. We're going to go on tour for a couple of weeks. Just join me on my tour.’

I think I described to him what I was trying to do and what I was looking for.  But I don't think he really — he definitely didn't understand the phenomenon of what we were going to do together, how big that would turn out to be.

… I had studied African music a little bit before. I lived in Africa for one month. When I studied at Royal College of Music in Stockholm, I took a class in African music, and the last year they actually sent us to Gambia, and we studied four different tribes for a month.

So I knew coming into this project, how important it was to learn more and study different music with different tribes, because music is just part of life in a completely different way than it is in Europe and America. There's so many rituals that music is just tied to it naturally. Certain events go hand in hand with music.

On collaborating with Childish Gambino (Donald Glover) on “This Is America”

“I met him through a TV show that I was scoring called ‘Community.’ He was one of the actors on the show. And he sent me a song and I thought it was incredible. And I was like, well, maybe we add some guitars or drums here. And we started working together. And what's so fun about Donald/Childish Gambino is that I never know where he's going to go. He's inventing himself every time.

I remember we were working on ‘Awaken, My Love!’ And one day in the studio, Don was like, ‘Oh, I want to do something different right now.’ And so we spend about a half a day in the studio. We made that song and then Donald spent two more years finessing the lyrics after that, but most of the song came together in half a day.

90% of everything, all the vocals and lyrics and the choirs is just Donald. We layered his vocals so many times on top of each other. And he's so good at making his voice sound like different people. So a lot of the sounds you hear in the background … it's just multiple layers of Donald. So when I finally heard it two years later, it was this incredible cacophony of voices.”

“That’s so interesting about this world – I'm working with film and visuals and sound – how you can blend them all together. I love creating unique song worlds for every project I'm working on. If it's ‘Fruitvale Station,’ we turned these train sounds into musical elements. For ‘Creed,’ I went into a boxing gym, and I spent two days with a boxer training. And I recorded the sounds of jumping ropes and hitting the beanbag, and made those into musical elements. So I love just taking sounds and turning and twisting them and making them sound like something completely different.”

On scoring the experience of Black America, despite growing up in Sweden

“I learned about it every day. And it never ceases to amaze me about how complicated the history is, and how much you don't learn from the history books. … What I learned about it in school in Sweden's completely different than what reality actually is. And it's true for most Americans too, that what was written down in your history books is not really what really happened.”

— Written and produced by Brian Hardzinski