Thousands of Angelenos gathered at the Staples Center this morning for a memorial honoring Kobe Bryant, his daughter Gianna, and seven others who died in January’s helicopter crash.

Beyoncé opened the ceremony. Jimmy Kimmel held back tears as he read the names of those who died. 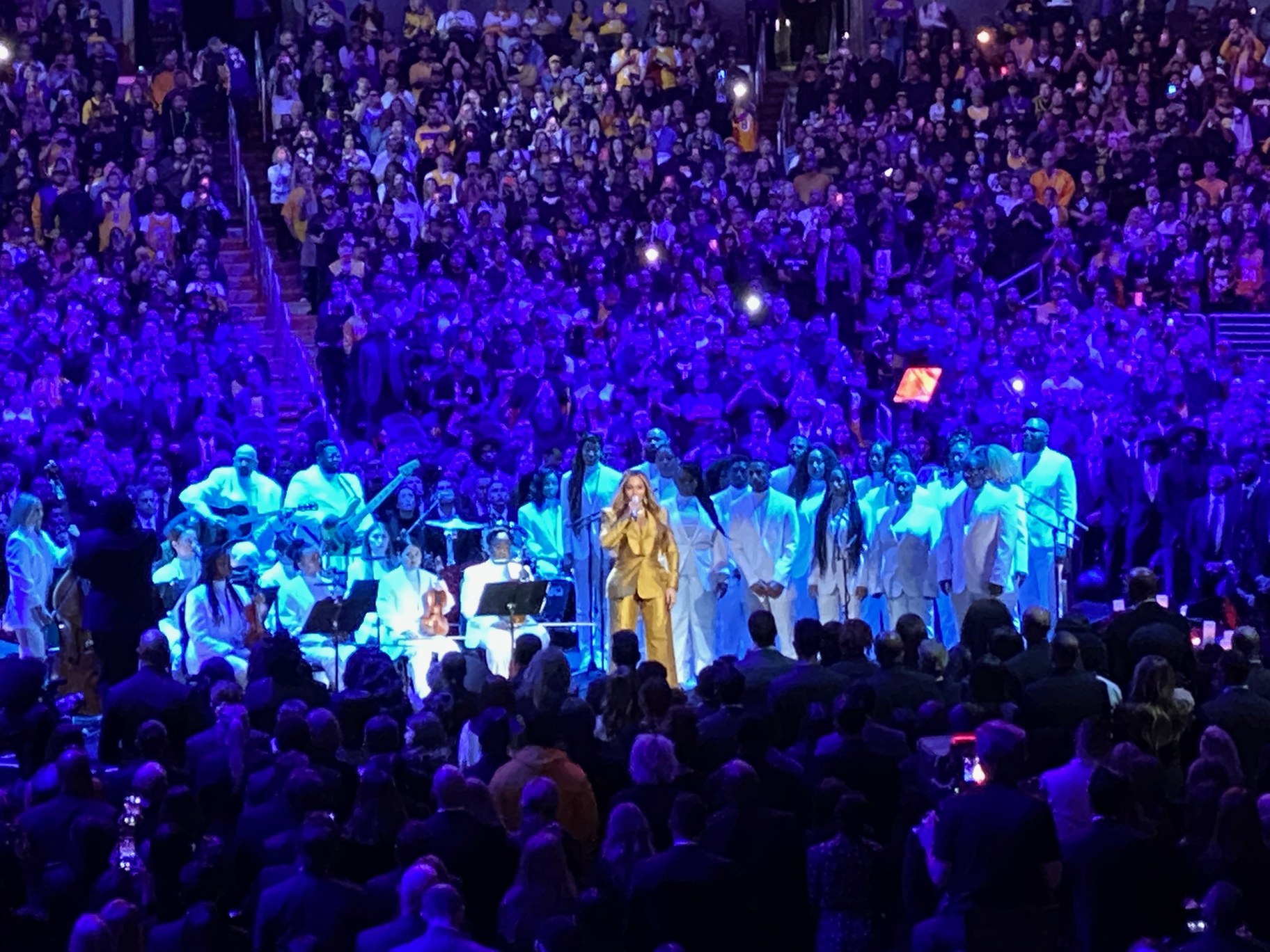 The date chosen for this celebration was symbolic: 2/24/20. Two for Gianna’s jersey number; 24 for Kobe; 20 was the number of years he played with the Lakers and how long he was with Vanessa.

Vanessa Bryant remembered her daughter Gigi: “She was daddy’s girl, but I know she loved her mama. And she would always tell me and show much how much she loved me. She was one of my very best friends.”

Vanessa described the bond Kobe and Gianna shared, especially on the basketball court. She recalled how Kobe described himself as a #FatherToFourGirls -- the hashtag trended on social media in the days following his death.

Vanessa Bryant closed by saying God knew Kobe and Gianna couldn’t be on this earth without each other: “Babe, you take care of our Gigi. And I got Nani, Bibi, and Coco. We’re still the best team. We love and miss you booboo and Gigi. May you both rest in peace, and have fun in heaven, until we meet again one day. We love you both, and miss you, forever and always, mommy.” 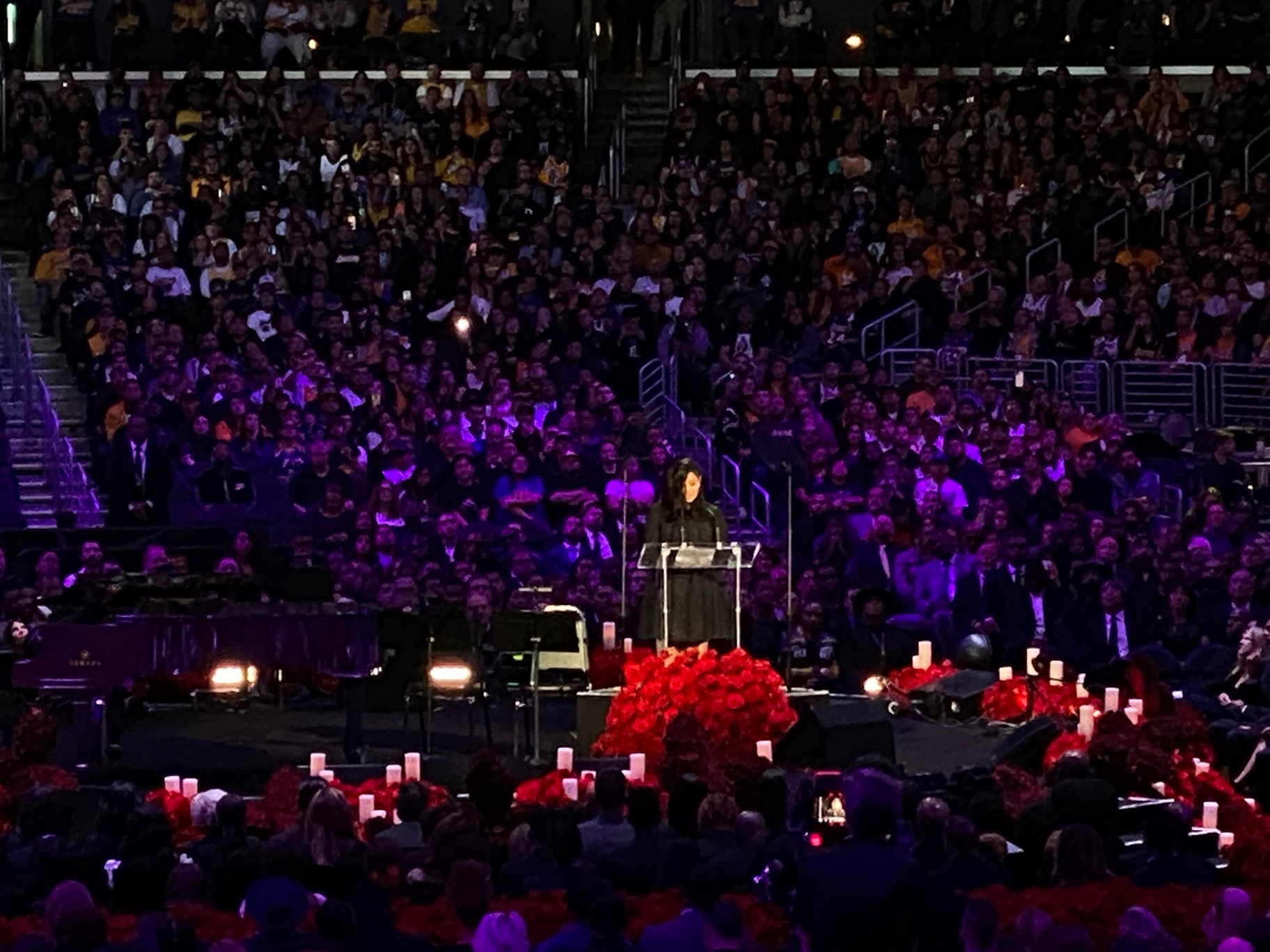 Family friend and WNBA legend Diana Taurasi spoke next, talking about how Gigi was the future of women’s basketball: “A future where a young woman aspires to play in the WNBA, the same way I wanted to be a Laker. Gigi already had goals to play for UConn. That in itself showed her fearless mentality. She represents a time where a young girl doesn’t need permission to play. Her skill would command respect.”

Chicago Bulls legend Michael Jordan spoke, tears streaming down his face: “Kobe left nothing in the tank. He left it all on the floor. Maybe it surprised people that Kobe and I were such good friends. But we were very close friends. Kobe was my dear friend. He was like a little brother. Everyone always wanted to talk about the comparisons between he and I [sic]. I just wanted to talk about Kobe.” 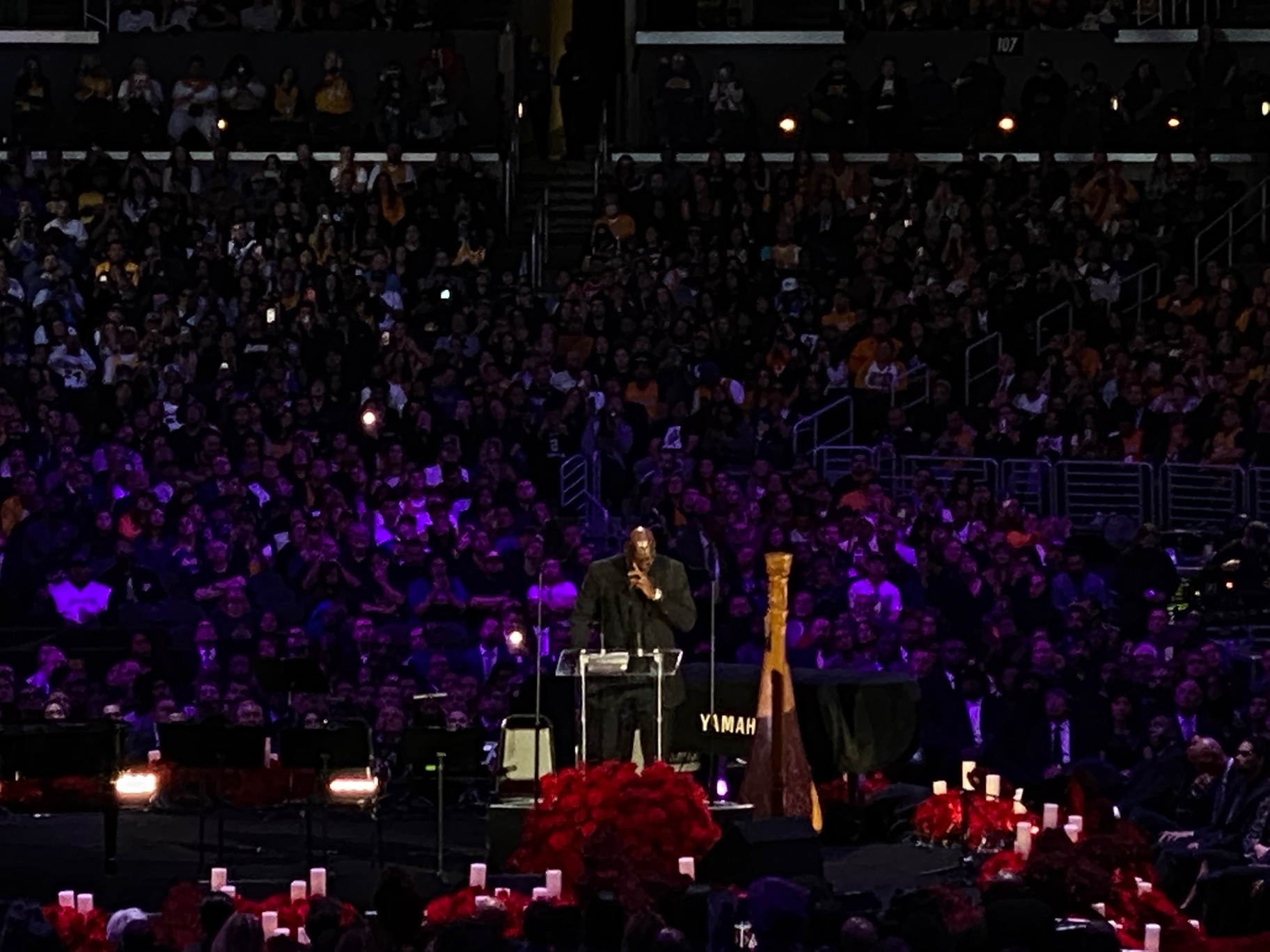 And former teammate Shaquille O’Neal clarified his relationship with Kobe. “Kobe and I pushed one another to play some of the greatest basketball of all time. And I am proud that no other team accomplished what the three-peat Lakers have done since the Shaq and Kobe Lakers did it. And yeah, sometimes like immature kids, we argued, we fought, we bantered, we insulted each other with off-handed remarks. But make no mistake, even when folks thought we were on bad terms, when the cameras were turned off, he and I would look at each other and say: ‘Let’s go whoop some ass.’ ” 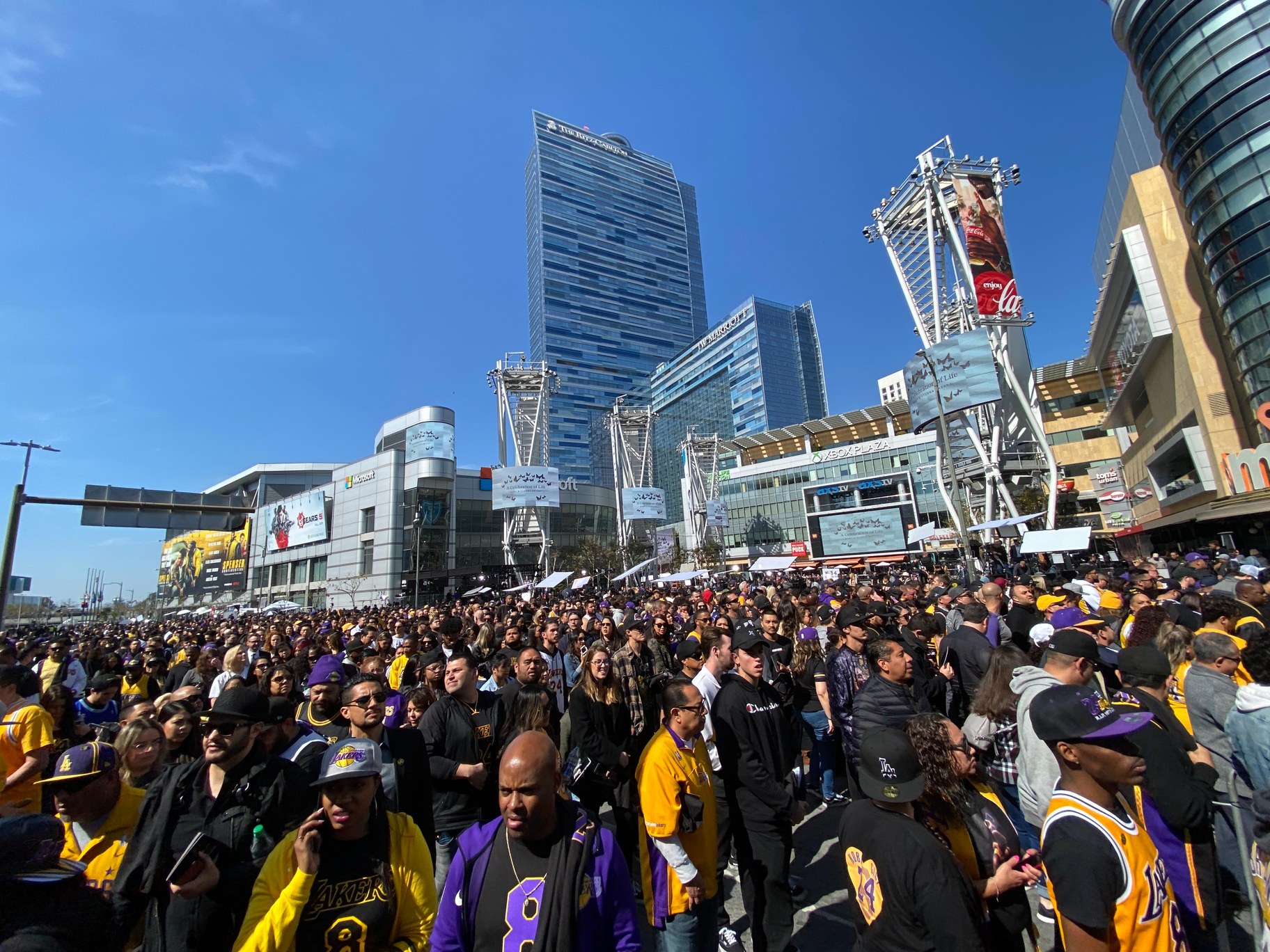 The crowd exits the Staples Center after the memorial. Credit: Ted Soqui.