“The one thing that Alzheimer’s taught me pretty much right out of the gate was that it was time to grow up. … If I was going to really show up and be present, and be hopefully some kind of positive force in that, I had to get off the past,” Patti Davis says of her father, Ronald Reagan, and his Alzheimer’s diagnosis. Photo by David Hume Kennerly.

Nearly six million people in the U.S. have Alzheimer’s disease. And the cruel disease not only robs those afflicted with it of their memory, but places tremendous strain on their caretakers. In 1994, former president Ronald Reagan became the face of Alzheimer’s when he made his diagnosis public. He died a decade later. That same year, his daughter Patti Davis chronicles her father’s final years in a book called “The Long Goodbye.”

In the years since, she founded a support group for caregivers and family members called Beyond Alzheimer’s. She's just written a new book called “Floating in the Deep End: How Caregivers Can See Beyond Alzheimer's,” which shares what she’s learned about the disease.

Davis tells KCRW that following Reagan’s announcement, she was forced to grow up. She refers to her parents as “two halves of a circle,” a dynamic that often led to her feeling ostracized.

“I went through my angry stages about it. I carried resentments about that. But the one thing that Alzheimer’s taught me pretty much right out of the gate was that it was time to grow up. This was the nature of my family. And I had to accept that. And if I was going to be present for this journey that we were now on, … If I was going to really show up and be present, and be hopefully some kind of positive force in that, I had to get off the past.”

At the time, Davis was also experiencing hardship in her own life. Her marriage had failed and she felt broken. She had even considered taking her own life.

“Ironically, [his diagnosis] pulled me out of my own darkness. ... It pulled me out of my own despair. Something happened that was bigger than my own despair, which was his diagnosis of Alzheimer's. It's probably not entirely dramatic to say it kind of saved my life because I was at a really, really low point. I mean, everything was going wrong. It was like everything I touched went bad.” 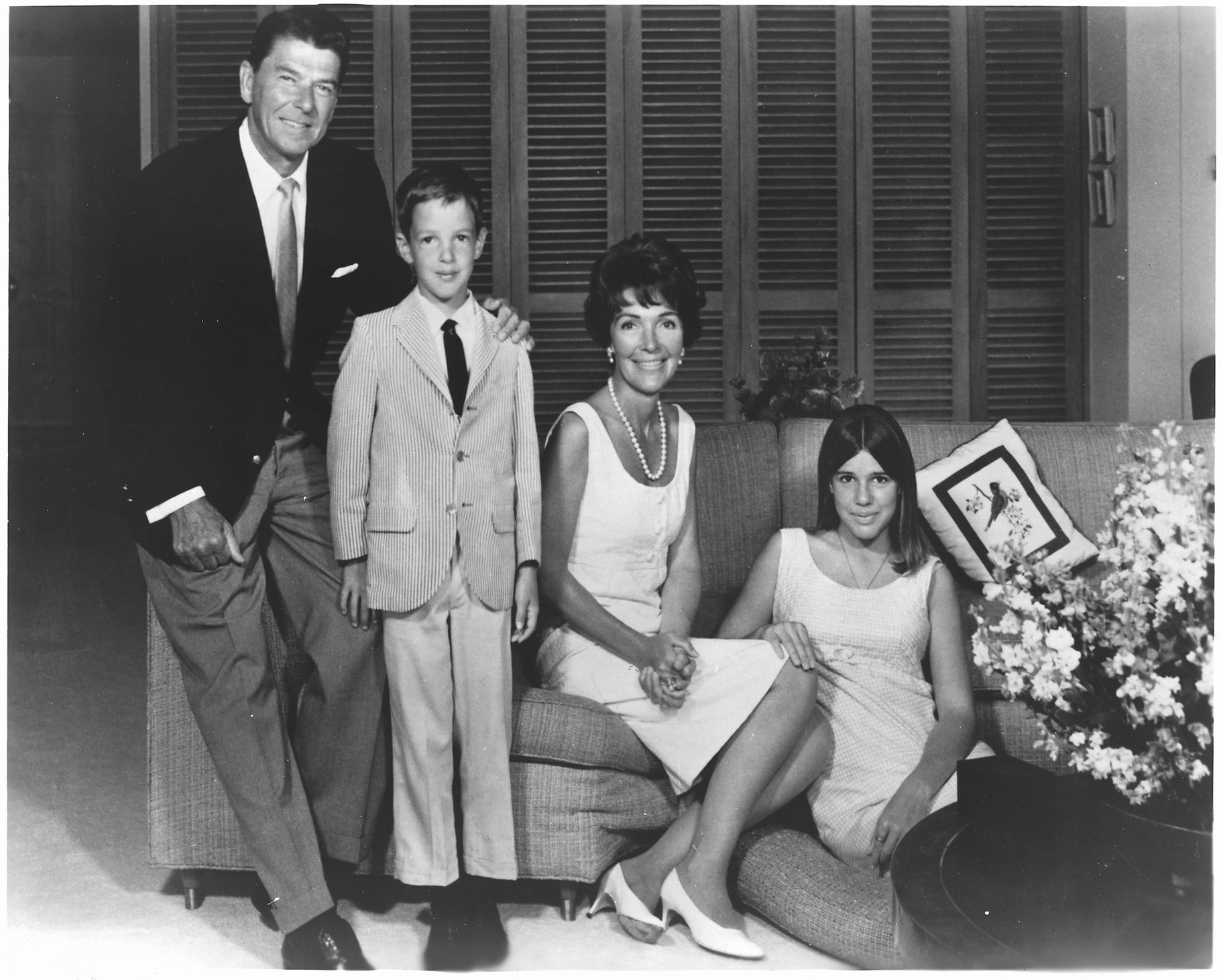 As she stepped in to support her dad, Davis says that she went into it without expectations, since she had no idea how the disease would progress. Although the two weren’t particularly close before, Davis says that over time, their bond deepened.

What happens at the initial diagnosis

Davis says that for many, herself included, the disease can feel like a prison that traps all who are impacted by it.

“It's like, ‘This is my life, this is my reality.’ And that's all there is. And you sort of get consumed with that. And I think the tendency is then to sort of lay that on other people. I mean, I know I did that at the beginning. And I didn't understand why people didn't want to be around me. Because it was really depressing. That was my identity.”

Now, in her support group and elsewhere, Davis reminds caregivers that there is more to their life outside of the disease. And that it isn’t disloyal to appreciate other parts of your life.

But she points out that Alzheimer’s can unilaterally change lives, due in part to how a person can revert to a childlike version of themselves. If possible, she recommends finding outside help early.

“In the earlier stages, you're not going to need nursing care or medical care, or something that's really sort of that elevated and that expensive. But if you just have someone to fill in for you, so that you can go walk on the beach or go spend time with some friends, it's going to be really helpful to you.”

She adds that maintaining a routine for the person with Alzheimer's helps provide structure in their lives. She uses the example of her father, who would go to his office, even if he didn’t have much to do there.

How Alzheimer's retains the essence of who someone is

Despite the breakdown of memory and cognition, Davis points out that the core of someone’s being doesn’t change when they develop the disease.

“I would say to people in my support group all the time, ‘If your loved one was a really sweet, gentle, kind person, you're going to have an easier time of this because that's the person who's going to remain.’ It doesn't mean that they won't [get] upset sometimes. It doesn't even mean they won't have tantrums sometimes, but they will pass. But that sweetness, and that kindness will be what remains because that is the essence of who they are.” 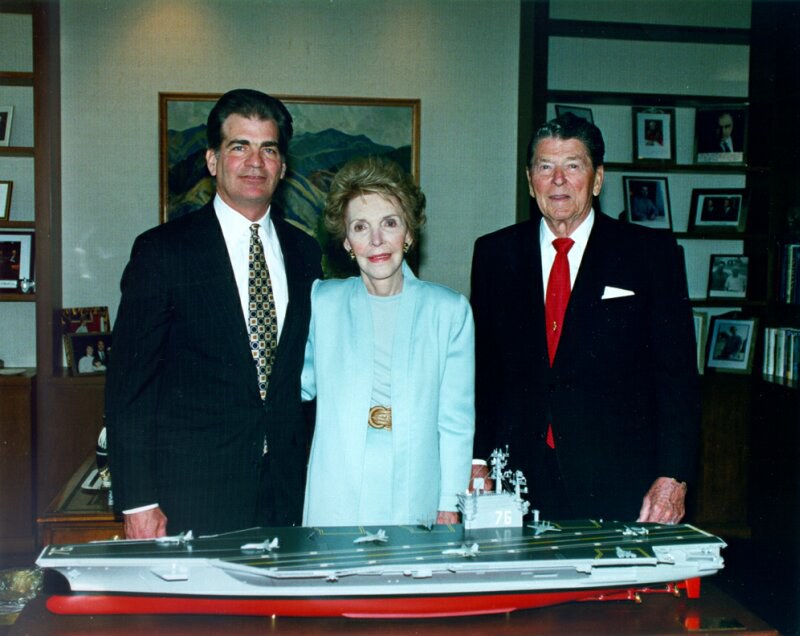 She adds, “[Alzheimer’s rips] away to the essence of that person. And we were lucky with my father. I mean, he was this very kind, sweet, gentle soul. And that is what remained.”

How your worldview changes

“One of those mantras I gave myself in this decade of my father's illness was that ‘There's always another way of looking at things.’ And I learned to look at my mother with sympathy and with compassion. That she was losing the love of her life. She was losing her soulmate. And it was even made harder for her because of the way she and my father had constructed their relationship.”

She adds that her mom had trouble letting the rest of her family in. She remembers one day when she broke down into Davis’ arms. It was a dynamic that they had never had.

“Seeing her tears was startling to me. But also to be comforting my mother, …  it was a completely unfamiliar thing. In my mind, I kind of stepped back from it a little bit and, and kind of looked at it, like I said, from a wider angle, and, and thought, ’I appreciate this moment, but how sad that it feels so unusual and rare.’”

Davis explains that when a family faces Alzheimer's, it’s more than likely that whatever dynamic it had before will stay through the course of the illness.

“[That’s] because that's the foundation you've built. So I think it's sort of futile to say, ‘Well, now we're all facing the same difficulty with our loved ones' illness, so we're all going to come together now.’ That works in Lifetime movies, but in real life, I don't think it works that way.”

Davis says she wrote “Floating in the Deep End” as a way to provide support to those who need it.

“I thought maybe this can be like a substitute support group, even though I think support groups are really, really important. But I wanted to take everything that I had put into that program, and make it accessible to as many people as possible. ... So they could dog-ear this part of the book and go ‘Okay. I remember this part, and I'm at this stage now. How can I process this stage?”

Critics review “Dear Evan Hansen,” a film adaptation of the Tony Award-winning musical of the same name; “The Guilty,” a thriller starring Jake Gyllenhaal as a 911 operator...

Nearly six million people in the U.S. have Alzheimer’s disease. And the cruel disease not only robs those afflicted with it of their memory, but places tremendous strain on...