One of the artists who will be there is Shirley Manson, lead singer of the rock band Garbage. They’ve sold more than 12 million records, and are known for hits such as “I’m Only Happy When It Rains,” “Special,” and “I Think I’m Paranoid.”

Manson tells Press Play that at age 12, she was actually anti-Yoko Ono because she was obsessed with the Beatles. “Little did I know what I was rejecting. Now it’s with great shame that I was so full of venom towards her… But I'm glad I fell in love with her as my life progressed, and now I'm a huge obsessive fan.”

Manson says Ono became one of the biggest influences in her life, especially as a woman in the arts. “There's so few women who have been cataloged still in the art world, in the music world. She stood up against a band as big as the Beatles, and basically challenged that, whatever that was… She was able to hold her own.” 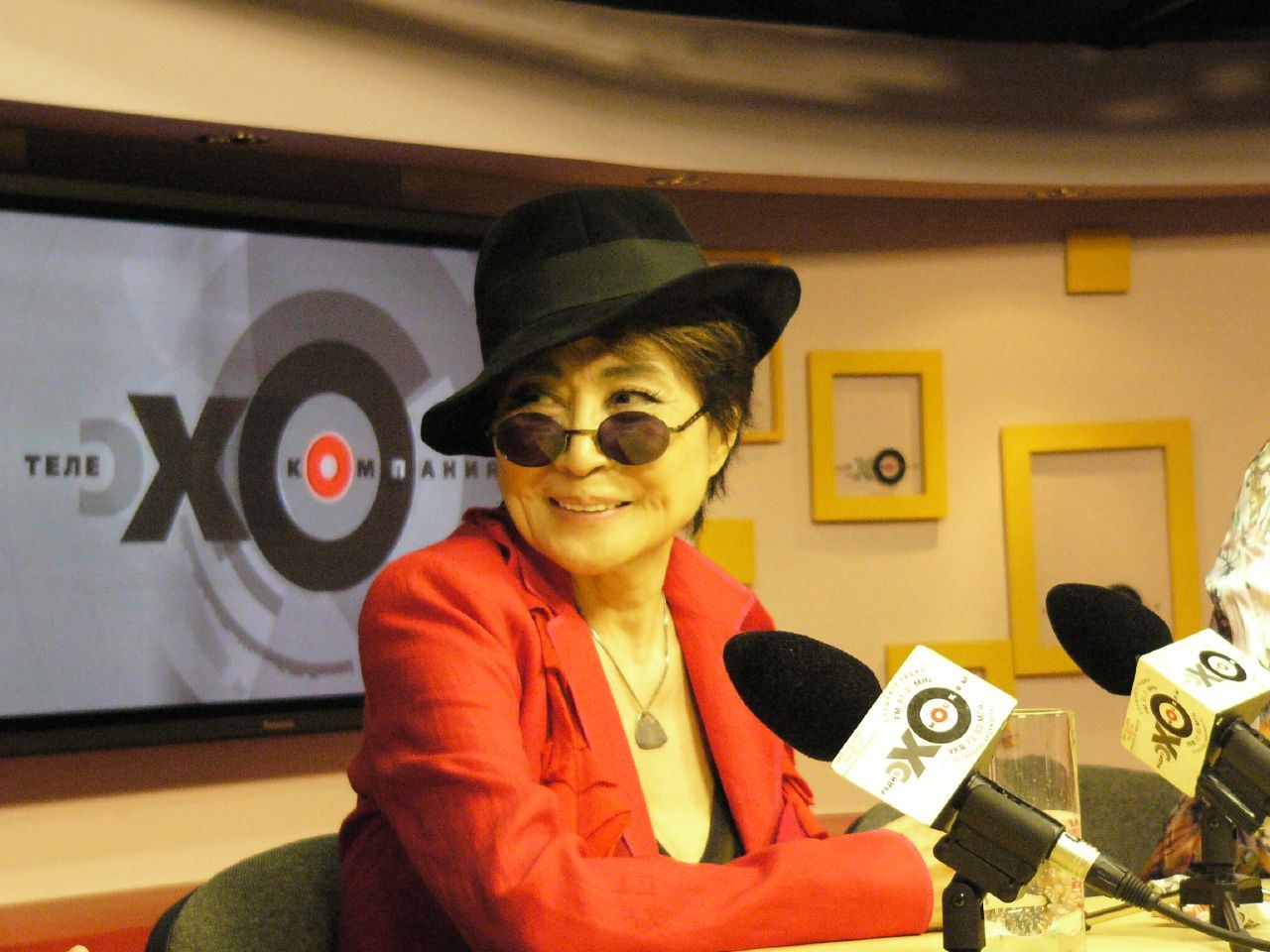 Ono represents the Fluxus movement, and BREATHEWATCHLISTENTOUCH is part of the LA Philharmonic’s Fluxus Festival.

Fluxus is “mildly indescribable,” admits conductor and composer Christopher Rountree, who is curating the festival. He explains Fluxus is an interdisciplinary arts movement from the 1950s-70s that aims to make art for everyone, and to find it in places we normally don’t expect to find art or music. 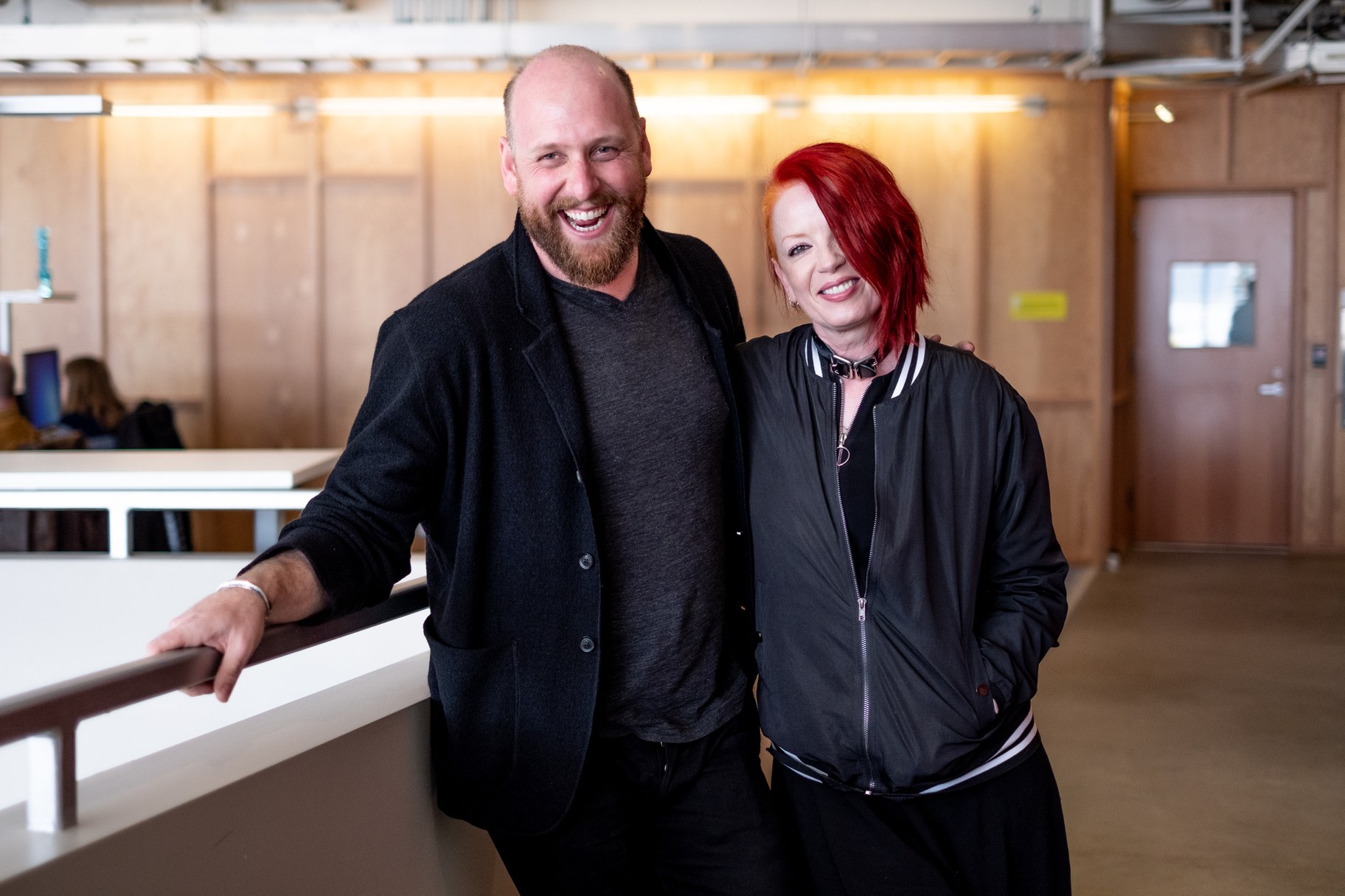 “If I hear a chair move on the street, is that music, and is that art? I think it is -- if it makes you feel something. My current definition of music is like anything that is sound-based that we can share, and it all makes us feel something. And so Fluxus, I think, makes us ask those questions, like what do we think music is, what do we think art is, and who gets to decide what is high art and what is valuable,” says Rountree.

One of the Ono’s works that stood out to Rountree was her performance at Carnegie Hall in the 1950s, where she gave the audience scissors to cut off her clothes as she sat on stage. Rountree says Ono described the piece as music, “It sounds like the snapping of the scissors. And it sounds like people gasping. And it sounds like my clothing falling to the floor.” He adds that the public’s reaction was scandal.

“For a woman to do something like that -- I mean it would be outrageous enough for a male artist. But that it was a woman, and an Asian woman. She's just traversed all these incredible boundaries. She is an absolute rule breaker and groundbreaker. And I think we're all going to value Yoko Ono more and more as the decades pass,” Manson says.

Manson says it’s still challenging to be a woman in the music industry in 2019, and it’s even more challenging at her age of 52.

“I look at a beacon like Yoko Ono, and realize that these constraints that have been put around my gender, around my age, and so on, so forth are constructs… Yoko Ono has showed me that you can smash all these constructs, and redraw all the lines for yourself,” Manson says.

At BREATHEWATCHLISTENTOUCH, Manson will perform a number of Ono songs, including “What a Bastard the World Is.”

The title of the concert itself is based on a dance piece by Ono, called “Dance Piece X.” Rountree says the instructions are:

“Think of your movements are life as dance movements.

Breathe
Watch
Listen
Touch
and move between
the Earth
and the Sky.”

BREATHEWATCHLISTENTOUCH is put on through the LA Phil’s partnership with Girlschool LA. Manson describes the initiative’s mission: “to encourage female-identifying people who are either musicians, singers, performers, producers, engineers, lighting designers… to get involved in the music industry because currently the statistics are not in favour at all… I think it's like 2 percent of women are musical producers currently… With Girlschool, it's an attempt to break the status quo, and open these avenues for women, who wouldn’t automatically get the opportunity to be heard or seen.”

Rock star Shirley Manson on why Yoko Ono inspires her

Disney agreed to pay about $70 billion for the majority of 21st Century Fox. The purchase closed last night.

The view from the beach in Santa Barbara is not pristine. Dotting the horizon are nearly two dozen oil rigs. They’ve been there for decades. Most locals hate them. Now some...

The Watts Uprising of 1965 left 34 people dead. Most of the news coverage at the time was by white people who didn't understand the neighborhood. At the time, a group of...

‘Soul of a Nation’ at The Broad celebrates black artists

On Friday, March 22, a diverse group of LA-based women artists will perform the work of Yoko Ono. Ono’s career as a performance artist, singer, and peace activist spans more...