12 ways to master the video call, straight from Hollywood professionals

By Brandon Reynolds May. 05, 2020 Entertainment To the surprise of everyone — including video conferencing companies — video chats are the new normal.

In a sense, our daily video chats are a fulfillment of an American dream. Finally, we’ve all become the stars of our own movies. Yes, these movies are generally pretty boring, poorly lit, and the actors don’t seem to know their lines — but they’re about us! In these times of quarantine, we’re all making cameos.

But there is always room for improvement.

“Every time you have a Zoom meeting, you're making a visual decision,” says cinematographer Michael Pessah, who teaches at the American Film Institute. “It's up to you to create something in that tiny bit of two-dimensional screen real estate that conveys your reality.”

KCRW gets tips for improving video chat quality from Pessah and other Hollywood pros, including a set designer, a makeup artist, and an actor. 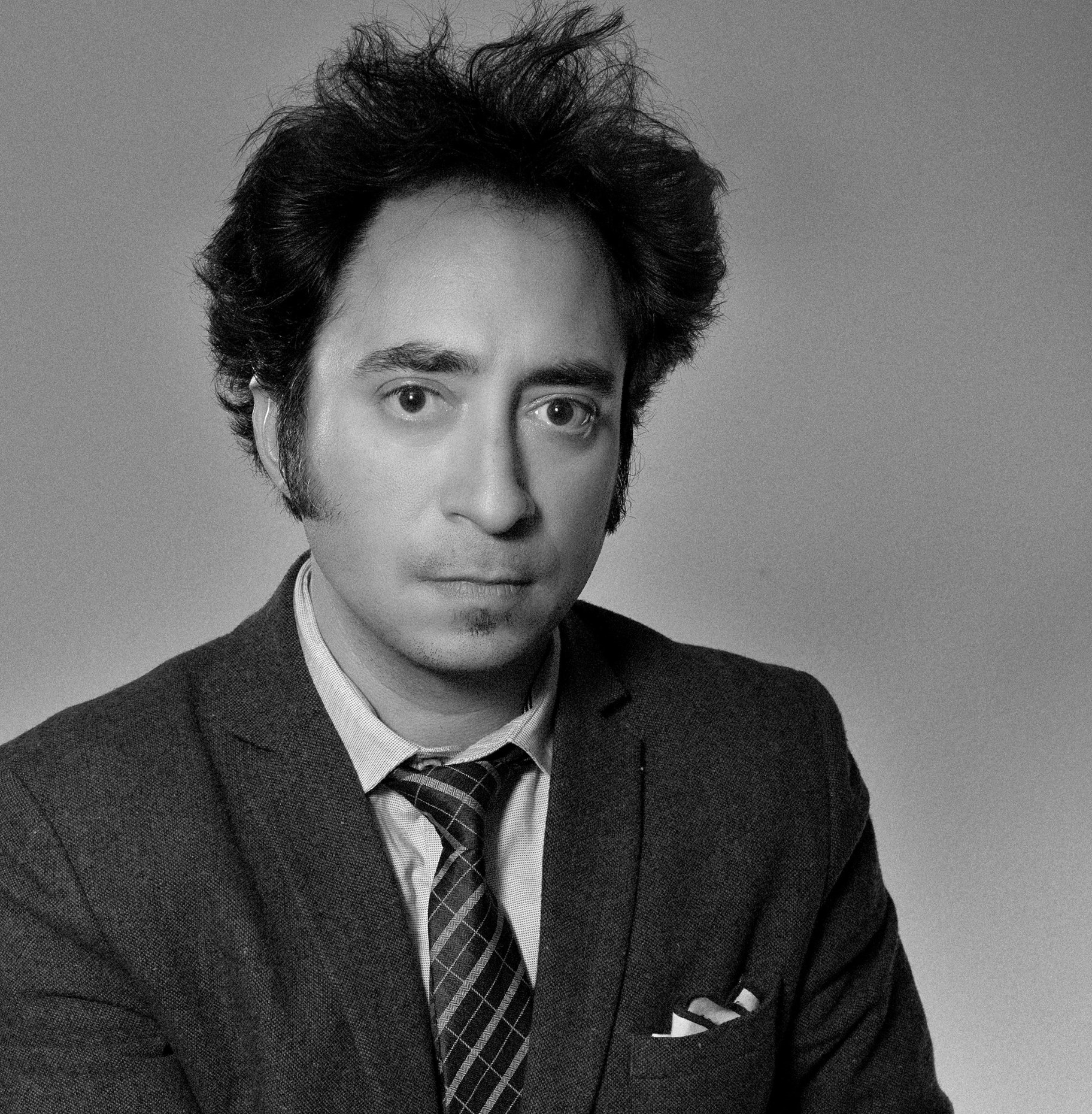 Cinematographer Michael Pessah says to make sure your eyes are easy to spot during Zoom meetings, and you should use warm lighting. Photo courtesy of Michael Pessah.

What’s the best lighting for your video? Pessah says you want 3/4 lighting. Put your hand out 45 degrees to your left or right, and that’s where your light source should be.

“You want to create a beautiful fall off, right around the cheekbone where your facial features are being modeled and sculpted in a way that's going to be powerful and expressive.”

2) Give your eye a twinkle

Add a little light shining in your eyes, without blinding you, of course. Ring lights and similar products can help achieve a bit of sparkle. A light in the eyes suggests you have a soul — like there’s somebody in there.

“If you're having a Zoom meeting, make sure that your eyes are easy to make out and that there's a flattering glimmer in them,” says Pessah. “And that's going to provide a very important connection between you and the people you're talking to.”

Pessah says to use soft, warm lighting. Think candles or those bulbs they have in craft cocktail bars. Anything but fluorescent tube lights.

“If your lighting's too harsh, you can find the inside of a book, and that off-white parchment will bounce a reflect light at you in a really flattering way,” he says.

The angle of your camera sends a message.

“If the camera's looking down at you, that generally isn't the most assertive or powerful look,” says Pessah. That’s because it conveys smallness and subservience.

“On the other hand, if the camera's very far below you in sort of looking up your chin, that may not be the most flattering shot either,” he adds.

Position the camera just a touch above the eyeline for ideal aesthetic and psychological effect.

This is basic but essential. That smeary soft-focus thing can turn even the most earnest budget proposal into a very boring piece of 1970s erotica.

The camera doesn’t respond to colors and patterns the same way as the human eye does. Dress accordingly.

“If you're wearing a white outfit, that's very likely going to be overexposed,” says Pessah.

“If you're wearing something with stripes, that can create a moire effect on the screen.” That’s the trippy distortion caused by the way visual patterns interfere with a digital camera.

“If you're wearing glasses, you may have a really distracting reflection of your own screen reflecting back at it.” So tilt the screen.

7) Set up a neutral background

“I would definitely try to go for as neutral and as nondescript a background as possible,” says set designer Ryan Garton, who has worked on shows for CBS and several Ryan Murphy projects.

Find a nice wall, put in a low table and some greenery. “You want it to be aesthetically pleasing, you know?”

But beware of your books. They can distract.

“If I was looking at somebody and I saw their bookshelf in the background in a meeting, I would definitely spend my time seeing what I could see in the books,” he says. 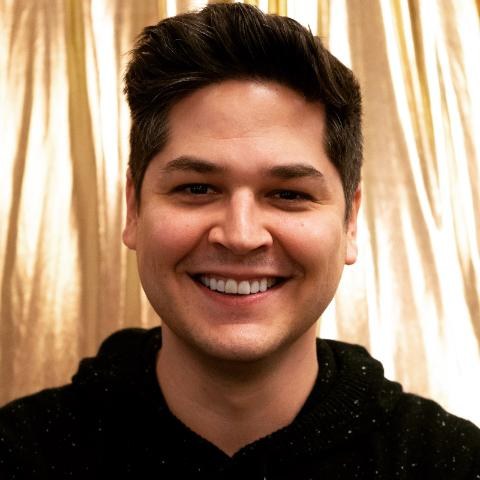 Set designer Ryan Garton says to use a neutral and nondescript background for your Zoom meeting. Photo courtesy of Ryan Garton.

8) Set up a totally fake background

Garton is a fan of virtual backgrounds as an alternative to your own home.

“Maybe find a picture of your dream office and set that up as your virtual background … if you're dealing with limited space,” he says. “You could even just take a photograph of your place at its best.”

Video apps can’t see all that well, so now is the time for experimentation, says Kristina Frisch, a makeup artist who has worked on TV and film for 20 years, most recently on Netflix’s “Glow.” Do the facial treatments that leave your skin so blasted or oily you can’t leave the house.

“Grow out your eyebrows. You can't see them from Zoom,” she says. And use those products! 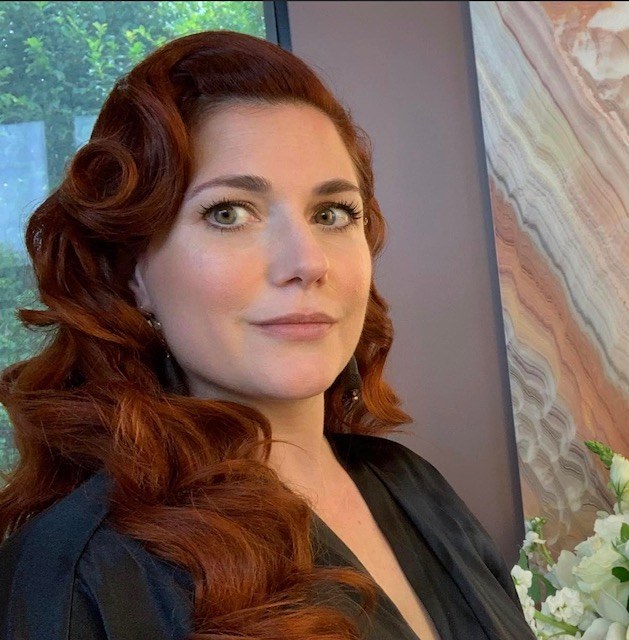 Frisch says in general, you don’t have to try as hard with a video call. Use what she calls a “grandma trick” — less is more.

“Go to your mirror and turn around really fast,” she says. “What's the most distracting? Take that down.”

Chris Williams is an actor who has been on “Curb Your Enthusiasm” and “Silicon Valley,” and is now on the Greg Daniels’ comedy “Upload.” He says that in video calls, you should avoid … yourself.

“You might get swept up into watching yourself. Try not to watch yourself as much as if you were in a meeting or you were talking to someone. You wouldn't be constantly looking at yourself.” 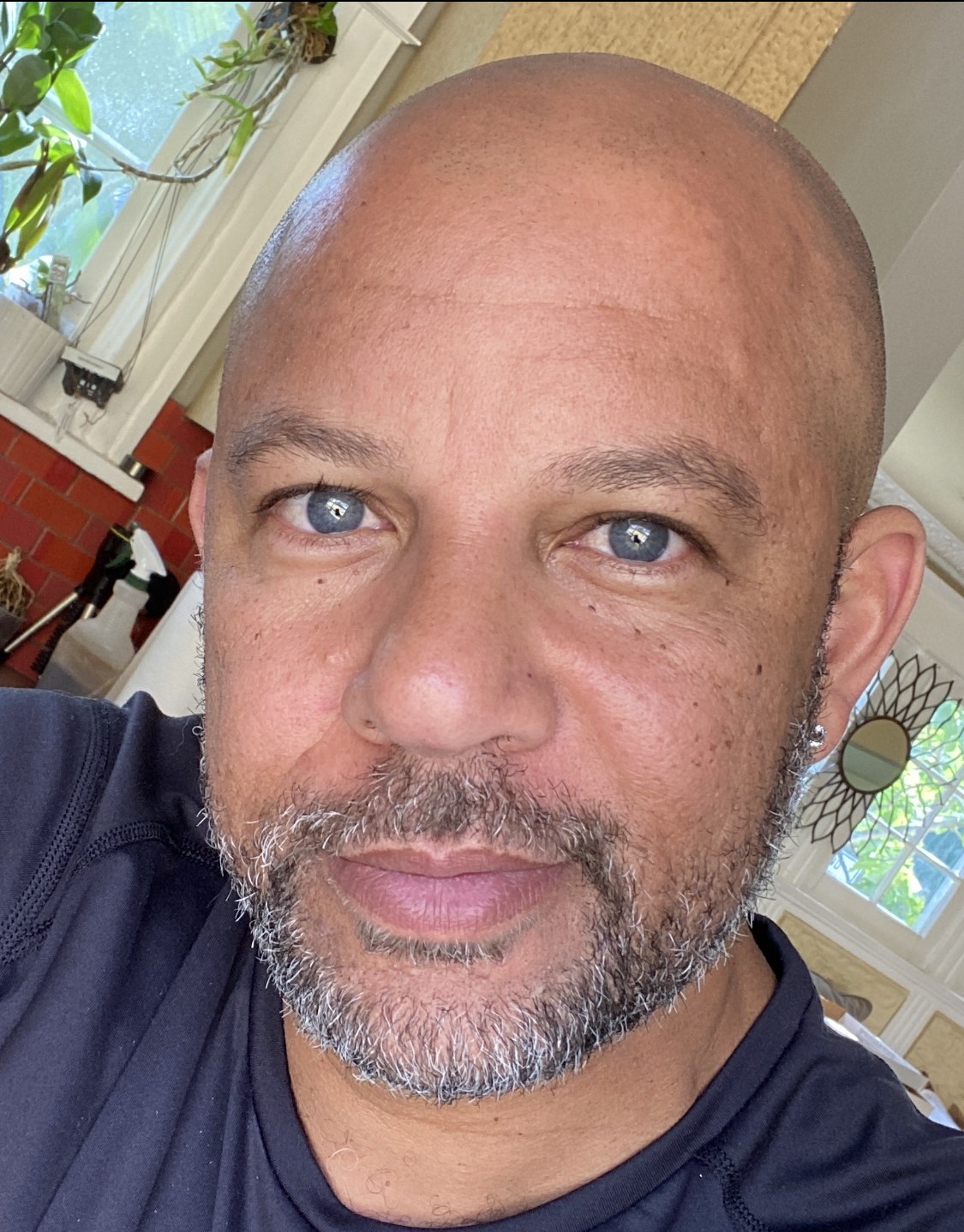 12) Check in with the camera

Video intimacy is tough. If you’re looking at the person onscreen, to them you appear to be looking down. Garton says to make a point of checking in with that camera, even if it’s weird.

“The irony of course is that we'll never be able to have that eye contact because if I'm looking at the camera, I'm never going to actually look at you,” he says.

“But it creates the illusion for even a few moments for the other person that they're being seen.”

States start reopening, but there’s no COVID-19 treatment or containment

Governor Gavin Newsom announced a cautious reopening of California for later this week. Some retailers like bookstores, florists and sporting goods shops can be open for...

Chain mail is back, but some of it might be spreading fake COVID-19 news

COVID-19 is bringing back one thing that helps us feel connected: chain emails. These community-driven email lists feature all sorts of things, including recipes and prayers.

Due to COVID-19, filming schedules are indefinitely postponed. Actors, directors, makeup artists and other entertainment workers are waiting in the wings until there’s a way...

Prop maker and set designer Rob West hasn’t had a lot of work in Hollywood since the pandemic. Now he's making face shields for health care workers. The bendable, plastic...

12 ways to master the video call, straight from Hollywood professionals

KCRW gets tips for improving video chat quality from Hollywood pros, including a cinematographer, set designer, makeup artist, and actor.