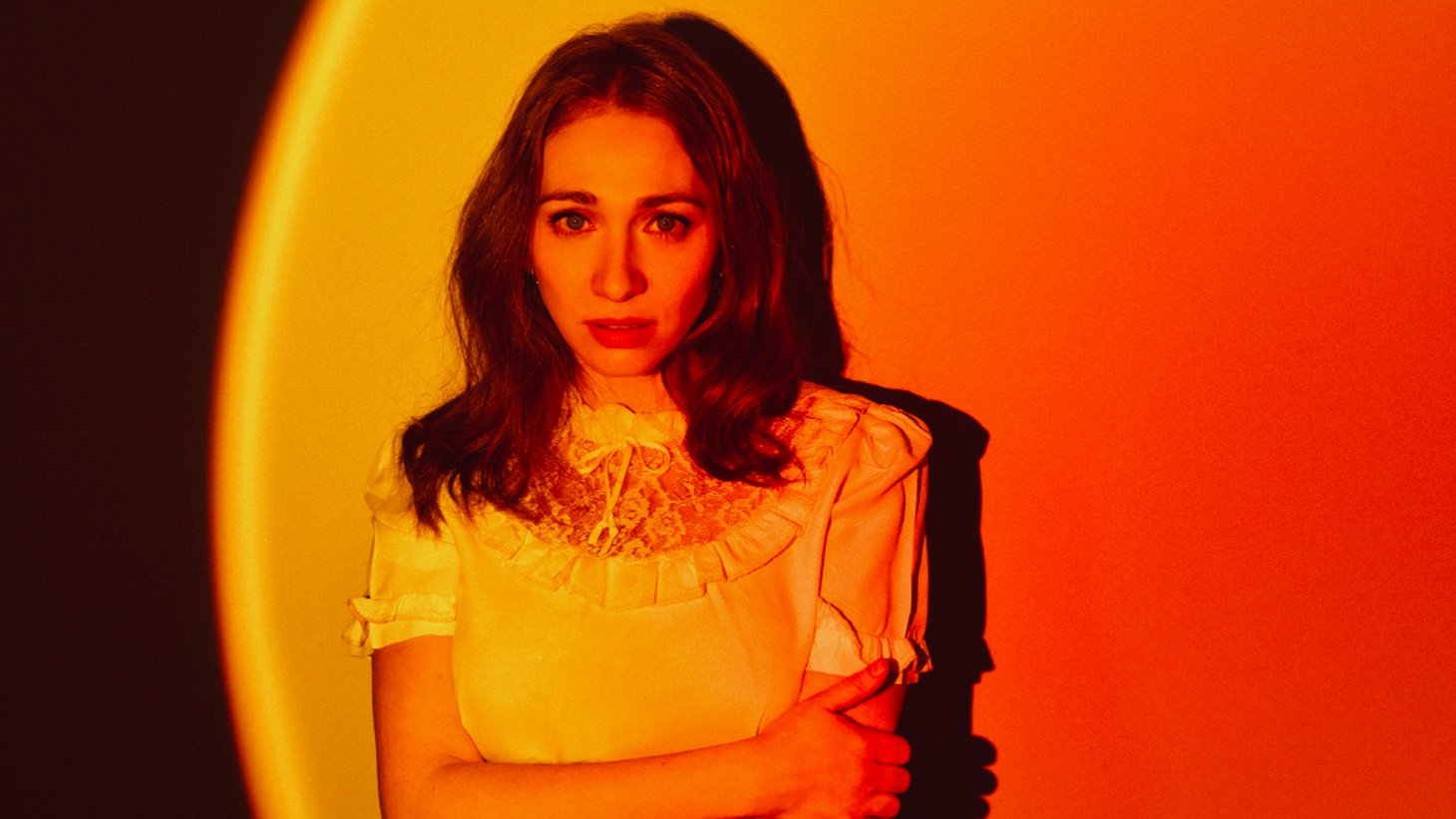 “I love fairytales and I love myths, and I love the made-up world because I feel like you just have that little extra bit of space to sort through the craziness that is our world,” says Regina Spektor about finding inspiration for her music. Photo by Shervin Lainez.

Singer-songwriter and pianist Regina Spektor’s latest album “Home, before and after” is her first one in six years. Born in Moscow in 1980, Spektor is known for tell stories in her songs, using lyrics that are reflective, curious and compelling.

She began her career performing in small nightclubs in lower Manhattan 20 years ago, and she never imagined she’d find fame. She says it feels surreal.

“I had these tiny little concrete goals and I worked very, very hard at them,” Spektor says.

In the beginning, she says the New York crowd didn’t show up to hear her perform.

“I would be playing in this den of people who just weren't interested in [my music]. I think my goal was just to get so inside the music so that I was having fun anyway,” she says.

Though she thought nobody was listening, Spektor says she pushed herself to continue to make music, perform, and dive into her songs. Eventually people began to listen.

“I really never took it for granted, because I think if you go through it, and you really try to reach people from that beginning where nobody's listening, you never really take it for granted. It's always so special when somebody takes that moment and listens to your songs,” she says.

But when she’s writing songs, Spektor says she tries not to worry about the listener’s response. Instead she focuses on writing music that makes sense to her.

“You have to not really have an agenda. … If I'm lucky enough to be writing [a song], I just try to think the least I can, and just feel my way around it,” she says.

Spektor says she’s careful not to come to songwriting with an agenda or a “conscious brain.” She doesn’t want to impose ideas on her songs because then her music becomes “more like propaganda.”

“I feel like things that are pure without that conscious agenda … tend to hit me the most,” she says.

Spektor says she believes each person should express themselves in life and art, since they’re all unique people with valuable experiences. She says it’s impossible not to be influenced by the politics of your time, and often, music reflects that.

“Whether we're trying to or not, all of these things that are inside us, they kind of come through the art if you let them,” she says.

In “One Man’s Prayer” from her latest album, Spektor says the song is about a man who thinks he’s a decent guy, but in fact he feels entitled to have all of his desires.

“That kind of outlook on the world, when you think that you're good, but your actions [show] how you think about people, and what you impose on people, actually show what you are. He is led down a path of real horror. He's a terrible person in the end,” she says.

Spektor thinks of herself as a “collector of fairy tales or folk tales,” and she draws inspiration from all parts of her life. She often wants to erase the boundaries between nonfiction and fiction. While she loves confessional songwriting, Spektor tends to write music based on her love for myths and fairy tales.

Songwriting is a way for Spektor to make sense of the world – a world in that she often struggles to understand.

But Spektor says she doesn’t read fairy tales to her two young children because she realized they were terrifying. She says she’ll wait a few years and spare her kids of scary bedtime stories.

The war in Ukraine

Spektor immigrated from Moscow in 1989, and on the current war in Ukraine, she says she’s thankful so much of her family left long ago.

“It’s really difficult to be so grateful that on the one hand, that you've been spared this nightmare,” she says.

She’s talked to friends in Russia who are “horrified and wished they’d left,” and she describes those who are stuck as living a nightmare.

“There's some part of me that's in absolute disbelief that this is happening, because when I was little, we were all together all the time, and there was no real separation,” she says.

Spektor remembers a Soviet life where everything was connected. She had one set of grandparents in Zhytomyr, just outside of Kyiv, and the other in Belarus. Eventually they’d all moved to Moscow, but she says, “these places were all mixed together.” Her family lived a very Soviet experience alongside each other.

The war in Ukraine, she says, is “truly insane.”

“It just shows what propaganda can do. The fact that even with the internet, and even with the knowledge that we have – that can travel, and the connection that we have with each other – I really am just horrified at how it's been weaponized, and how people seem to have, in such a short time, been divided from each other,” she says.

Spektor worries that this division is not just in Russia and Ukraine, but that the United States is at risk, too.

“It could turn neighbor against neighbor, and people can be so right next door to each other, and so misinformed about each other,” she says.

While Spektor believes there are “good people in the world, an overwhelming amount of wonderful, caring, loving, giving, thoughtful people,” she worries that those in power are not the same.

Still, Spektor says she does very much believe in happy endings. Singer-songwriter Regina Spektor talks about “Home, before and after,” her first album in six years. She reflects on the power of storytelling and fairy tales in her music.