Forty-four thousand homeless people live on the streets in and around Los Angeles, according to the latest count. One citizen is taking the crisis into his own hands. He's built dozens of tiny houses and given them to homeless people all over the city. But is there a downside to this kind of vigilante do-gooderism? City officials think so. Now they’re cracking down. Press Play producer Anna Scott brings us the story. 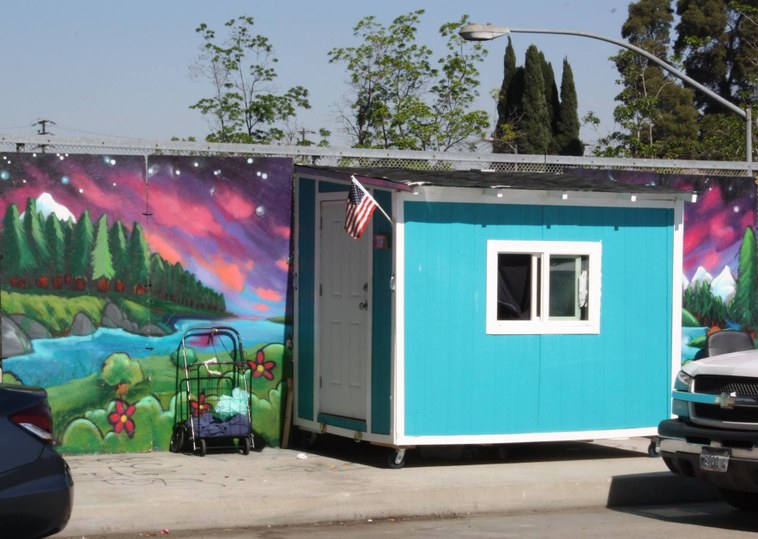 One of the tiny houses given to the homeless

The Union Vote and the Evangelical Vote, Tiny Houses for the Homeless

In Detroit last night, Republican presidential candidates sparred over some important and not so important issues in the last debate before the Michigan primary on...

Moving now to another bloc of voters the candidates are vying for: evangelicals. Much to the dismay of some Conservative Christians, exit polls following Super Tuesday...

Forty-four thousand homeless people live on the streets in and around Los Angeles, according to the latest count. One citizen is taking the crisis into his own hands. He's...

It’s Friday , which means it’s time to take a look at the new movies coming out this weekend. There’s an animated Disney film, Tina Fey in Afghanistan, the latest...

The Health Science of Vaping

It looks like the California Assembly might vote on a Senate bill that would regulate e-cigarettes just like tobacco. If the law passes, it will mean that if you can’t smoke...