Frank Langfitt with his taxi in Shanghai. Photo by Kuan Yang.

In China, independent media is largely censored. People are afraid to speak freely, for fear of being arrested. So how do you find out what’s really going on?

NPR Correspondent Frank Langfitt came up with a novel solution: offer free taxi rides in exchange for honest conversations. The stories he collected are in his new book "The Shanghai Free Taxi: Journeys with the Hustlers and Rebels of the New China."

Langfitt had plenty of experience. He was in China in the 1990s as a newspaper reporter, then returned in 2011 to report for NPR. He also drove a taxi decades ago as a college grad in Philadelphia.

Langfitt tells Press Play that passengers really opened up, especially on long rides, and he wanted to create a different kind of relationship between a foreign reporter and a Chinese person. For about a year, he drove the free taxi on his way to work, on the way home from work and on weekends.

"What was really interesting about it: They would get into the car, and they would look at me, and I was obviously very, very different in that I'm a white middle-aged guy with white hair. And the first thing they would do is start asking me questions," says Langfitt. "They were driving the conversation, and I would immediately say explain yeah I'm a reporter, and I just thought this would be a good way to get stories. In many cases, they say that sounds pretty interesting, and we would chat and all go off on our way."

Langfitt talked to Chinese citizens about grappling with the changing country, including uncertainty, scams, and mistrust that came with rapid economic growth. He also learned how the Chinese viewed Donald Trump's America.

Searching for a missing sister

One person in Langfitt's book is Winnie, a waitress who became a prostitute, then a mistress, then a businesswoman renting out apartments. She disappeared in the mountains of southwest China. When her sister Crystal (an NPR listener based in the U.S.) was looking for her, she asked Langfitt for help.

Langfitt explains that in China, being a mistress is like a career that comes with a contract, stipend, and apartment. After mistresses have made a certain amount of money, it's common for them to get out of the business and "go legit."

However, Winnie fell in love with a married man, and her disappearance involved blackmail, Langfitt explains.

"I think her story was really one in which she tried to turn things around, she tried to leave the life, but she wasn't really fully able to," Langfitt says. "And she was living in a very tough part of the country near the Golden Triangle, where there's a lot of human trafficking and opium. And it's a very dangerous place to cross people."

Langfitt says in the end, Winnie was clearly killed.

In contrast, Winnie's sister Crystal became a nurse who married a lawyer and moved to Michigan.

Langfitt says that people were able to move overseas thanks to economic reforms in China, but those reforms also bred competition and distrust. He suggests the diverging lives of Winnie and Crystal show both opportunities and fragility in China. 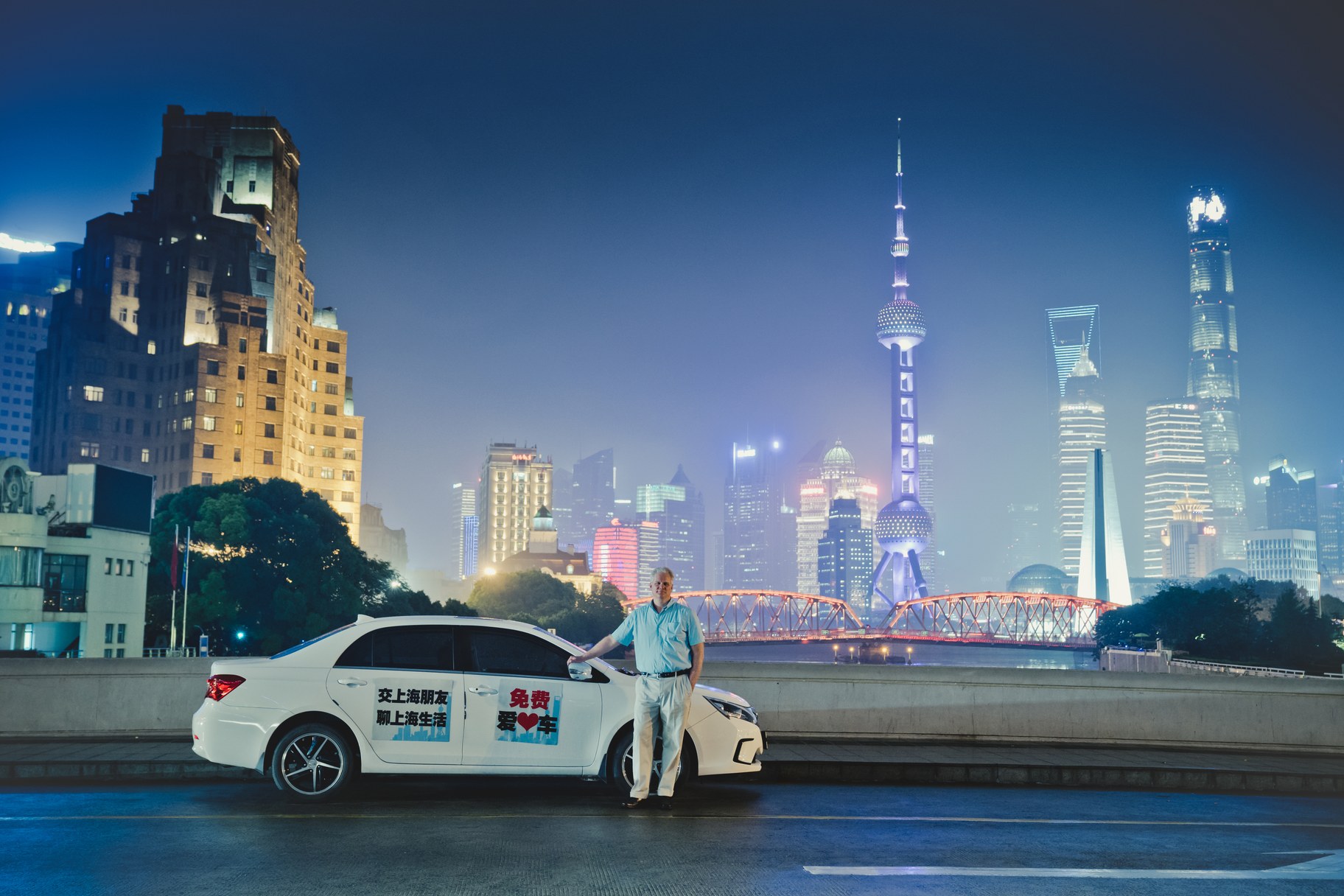 Langfitt says over the past 30-40 years, China has rapidly transitioned from communism to hyper capitalism without a moral framework for dealing with the changes and challenges. "Now you see people who are saying what's it all about? I mean, am I just chasing money? Isn't it important to sort of build a civil society?"

The story of Ray captures this mindset. Ray grows up poor on a farm in central China, then becomes a successful international lawyer working in a large building in Shanghai.

"But one of the last meals I have with him, he's really burned out… He doesn't feel like his work has much meaning," says Langfitt. "So he's gone from a very simple rural life, to now being basically a global professional, to looking for something else in life. He wants to write, he wants to teach, he wants to have more of a role in the community."

Langfitt says many people are exhausted by all the change and how much they have to work, and they feel like they're on a treadmill.

With China becoming a global force, many wonder if it will outpace the United States. But Langfitt says, "The closer you get, the worse it looks. And so that's why from maybe Los Angeles or even London it looks better than it does when you're on the ground."

Langfitt says that while Ray, sees problems with President Trump, he's more worried about China than America. As Ray explains, the U.S. has a Constitution, which helps address problems at the ballot box or other policies that are damaging.

"There are systemic problems in China that are big weaknesses. If there is sizable conflict in the party, which could happen, there's not an easy way of resolving that. I think that is one point that I would make," Langfitt says.  "And then I think the other one is China has almost no soft power attraction whatsoever. Even though militarily it's getting stronger, and its economy is moving along… it doesn't have many qualities that are attractive beyond really either money or coercion."

An exit strategy: immigrating to the U.S.

Many Chinese worry about President Xi Jinping's ability to provide a stable future, so they've stashed their capital abroad, or moved abroad entirely.

"Even with minimum 6% annual GDP growth… you have the winners in society actually all having an exit strategy," Langfitt observes.

He says entire communities have come to Los Angeles, including the family of Chen, a former pajama salesman in Shanghai. He wanted to move his family to the U.S. so his daughter could have a less stressful education. So around 2013, Chen's wife Gong and their daughter traveled to Hawaii, claiming they were tourists.

Then Gong sought asylum, claiming that if she had a second child in China like she wanted, the country would have forced her to get abortion. She had previously experienced this. One of her neighbors had told the authorities that she was pregnant. "And they took her off to a hospital and strapped her down. It was an awful, awful experience. What's amazing is that she did survive emotionally and physically," Langfitt says.

When the family moved from Hawaii to Los Angeles, Gong gave birth to her second daughter. However, it was a tough transition. At one point, she lived in a car in a McDonald's parking lot.

Then Chen came to the U.S. in 2015 to reunite with his family. He worked as an electrician, Gong got her barber's license, and their older daughter was able to do well in school.

The family seems happier and more relaxed than when they were in Shanghai, Langfitt says. 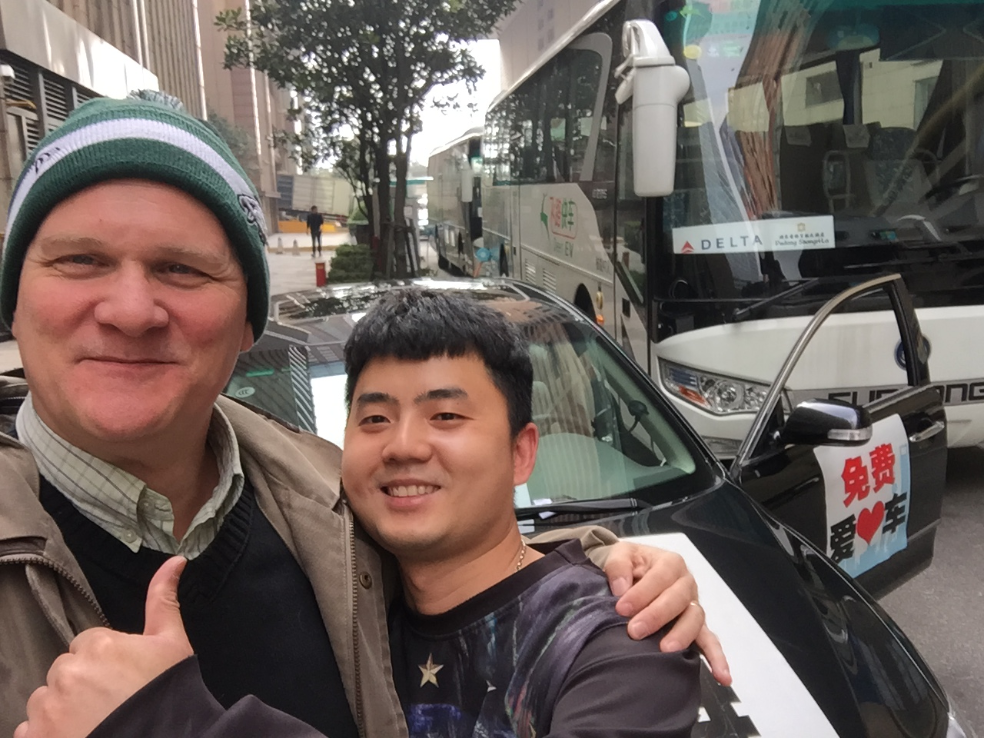 Can China and the U.S. work together?

Langfitt says there could be a trade deal at some point, but it's not going to be easy for China and the U.S. to work together.

Langfitt has never seen the situation this difficult, and there's not much support for President Xi Jingping from either Republicans or Democrats in Washington, though Trump admires Xi Jingping's toughness..

Guest:
Frank Langfitt - NPR Correspondent, and author of "The Shanghai Free Taxi: Journeys with the Hustlers and Rebels of the New China"

What China's rapid growth means for its everyday citizens

In China, independent media is largely censored. People are afraid to speak freely, for fear of being arrested.

Chinese professors and students in the U.S. are under more scrutiny these days as the Trump administration has intensified its surveillance of academia.

The California Supreme Court says tech companies like Facebook and Twitter have to turn over private posts and chats to defense lawyers. That ruling comes in a...

California has had a thriving punk scene since the 1970s. Think: The Germs, Dead Kennedys and Black Flag.