Pop culture usually portrays a cheerleader as a perky blonde in a short skirt shouting “go team!” But the sport can be extremely competitive and dangerous -- performed by top athletes.

The Navarro College cheer team in Corsicana, Texas has been deemed the best in the nation 13 times. The new Netflix documentary series, “Cheer,” follows them as they prepare to earn a 14th victory at the annual national competition in Daytona Beach, Florida.

The reason Navarro College is so good: their coach, Monica Aldama. She runs the team “like a hardened, grizzled, savvy Fortune 500 CEO,” describes Greg Whiteley, director of “Cheer.”

Whiteley explains that Aldama graduated with a business degree and wanted to be a Fortune 500 CEO, but then felt the tug to raise a family, particularly in the way she was raised in Corsicana. So to balance her competitiveness with her traditional ideas, she decided to create the greatest cheerleading team. 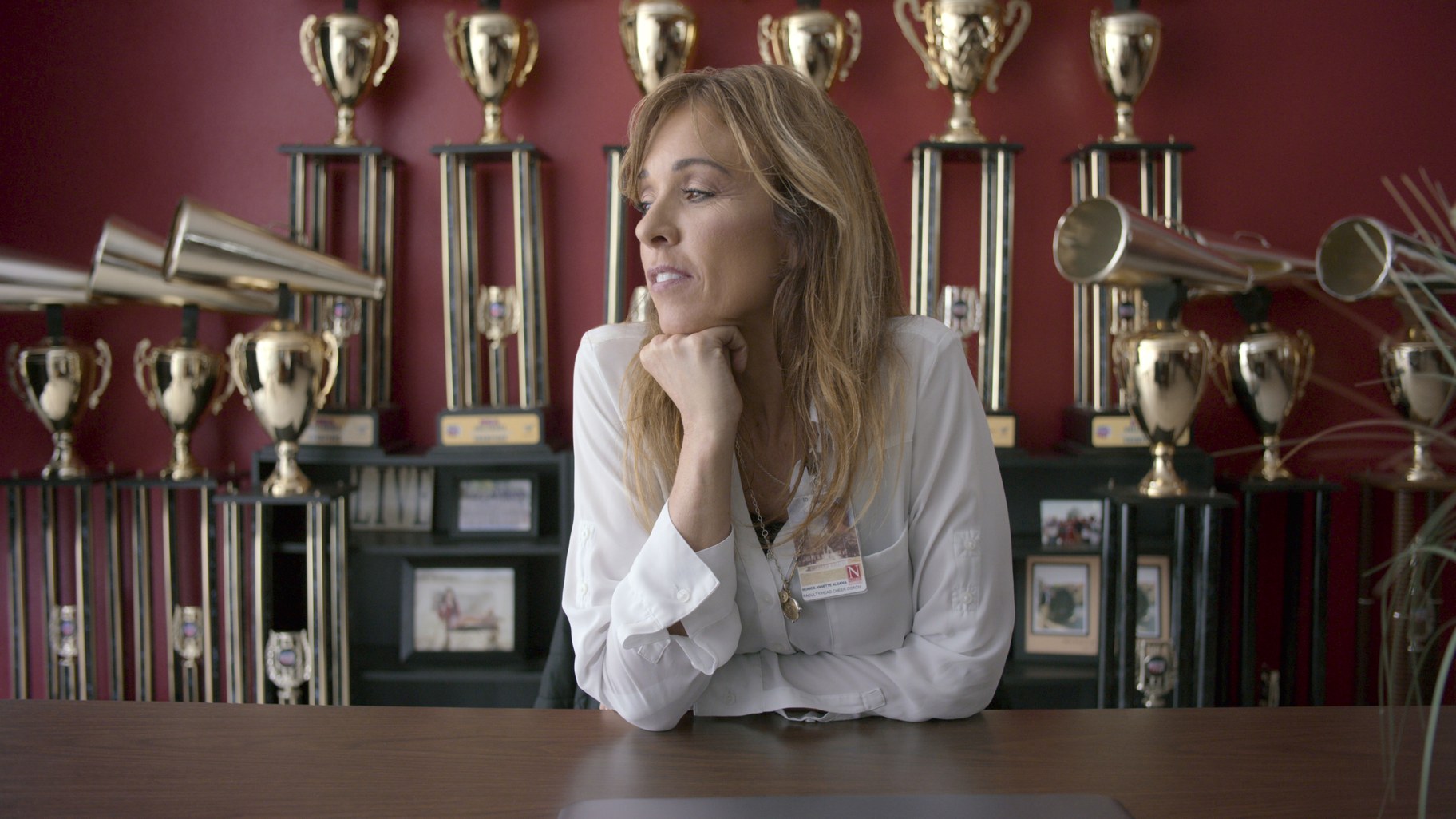 Coach Monica Aldama in front of her trophies. Credit: Netflix.

“Full out” and totally spent

Injuries are possible every time they do a routine, especially a “full out.” Whiteley says that when he sought a definition of a full out, Aldama replied, “Well, we can only do so many full outs before the body will just expire.”

The full out lasts two minutes and 15 seconds. If cheerleaders go one second past that, they get a deduction.

“We learned that other schools would maybe do 15 or 16 full outs. It’s, if you can imagine, trying to run a marathon in two minutes and 15 seconds. That's what it kind of looks like. And it's certainly what it feels like. These people are some of the most in shape people I've ever, ever seen,” says Whiteley. “And they would be completely spent at the end of a full out. … They would collapse on the mat, and it would take several minutes to recover.”

Navarro College’s goal is to do at least 40-41 full outs before the year's national competition in Daytona.

However, he says, “The sport is made up with a type of individual that they relish pushing their body to certain limits, not just from a stamina standpoint … but also limits in terms of how high can I throw someone, how many times can I twist my body before I'm caught when I land? And by trying to outdo the other team, your routine is invariably going to get more complex, more risky. And that, in turn, is just going to lead to injuries.”

He says when he filmed Aldama’s team, he didn’t see anyone who sustained a life-threatening injury, but there were a number of concussions, broken bones, and season-ending injuries. 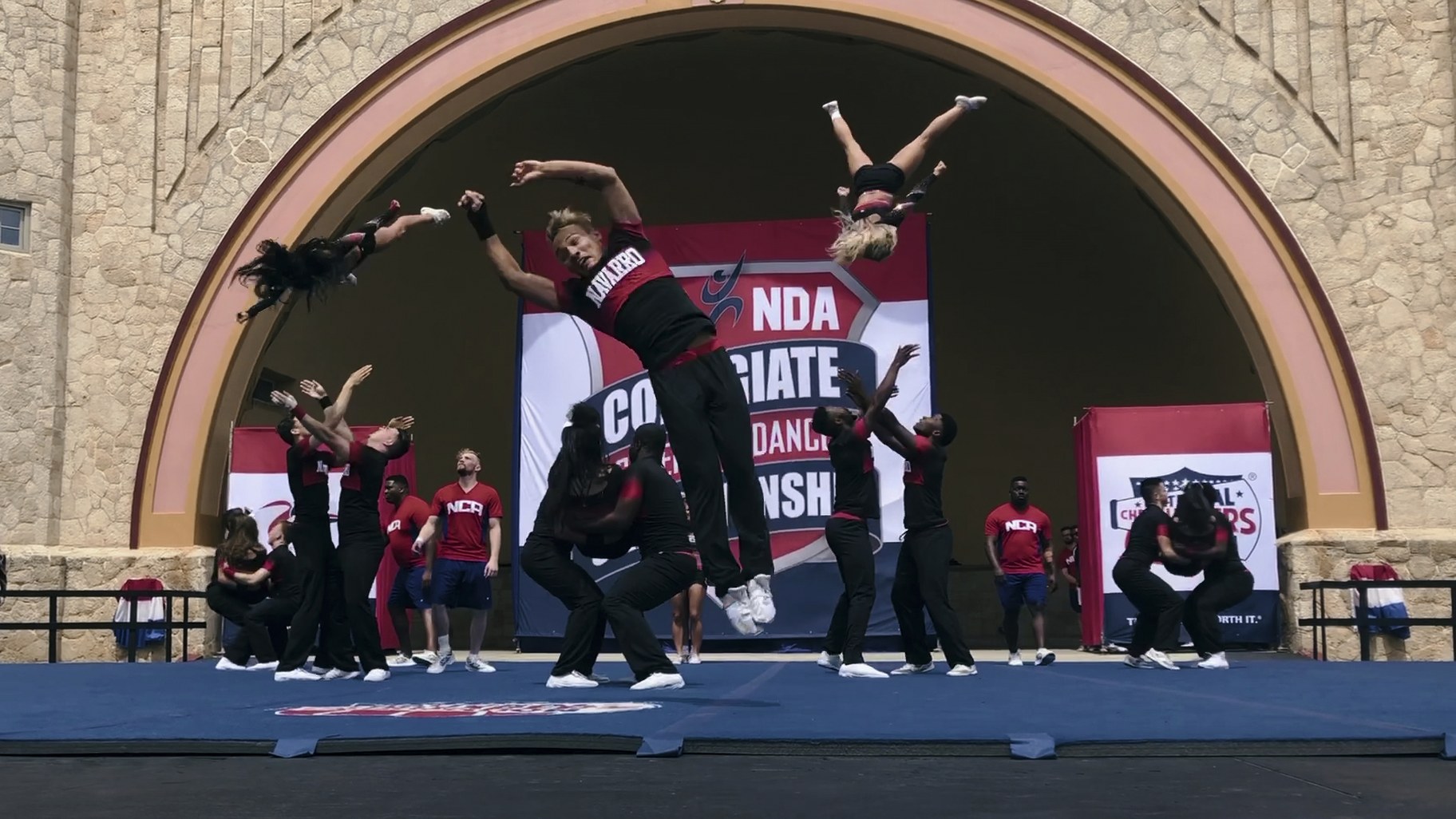 Throws and jumps during a routine. Credit: Netflix.

These kids know what they’re getting themselves into when they sign up for the team, though.

“No one is cheerleading at that level without understanding the risks and embracing those risks. I never talked to anyone who complained about what they were being asked to do,” says Whiteley. “In fact, it was the opposite … what I saw were cheerleaders that were urging to do more, go further, go harder.”

Aldama has to know when to let her athletes keep pushing, and when to tell them to pull back. “We saw, I think, her wrestle with that conundrum over and over again throughout the season we were there,” Whiteley says.

Why is college cheerleading so important to these kids?

After the Daytona competition, there’s not much of a future in cheerleading for these kids. There’s no lucrative cheerleading career awaiting them.

They could become cheerleaders for the Houston Rockets or Dallas Cowboys, but that involves a completely different skill set (compared to the collegiate level), and it’s not as lucrative as a football contract, Whiteley notes.

So why does this small window of college cheerleading mean so much to them?

He adds that there’s a certain camaraderie among team members that he hasn’t seen anywhere else, in any other sport he’s covered.

“I believe it's a combination of the type of togetherness that is required to pull off these very intricate routines. There is a real safety issue that if you're not 100% in sync with each other, 100% trusting one another, this routine will fail. And a fail can often mean somebody getting hurt really bad,” he says. 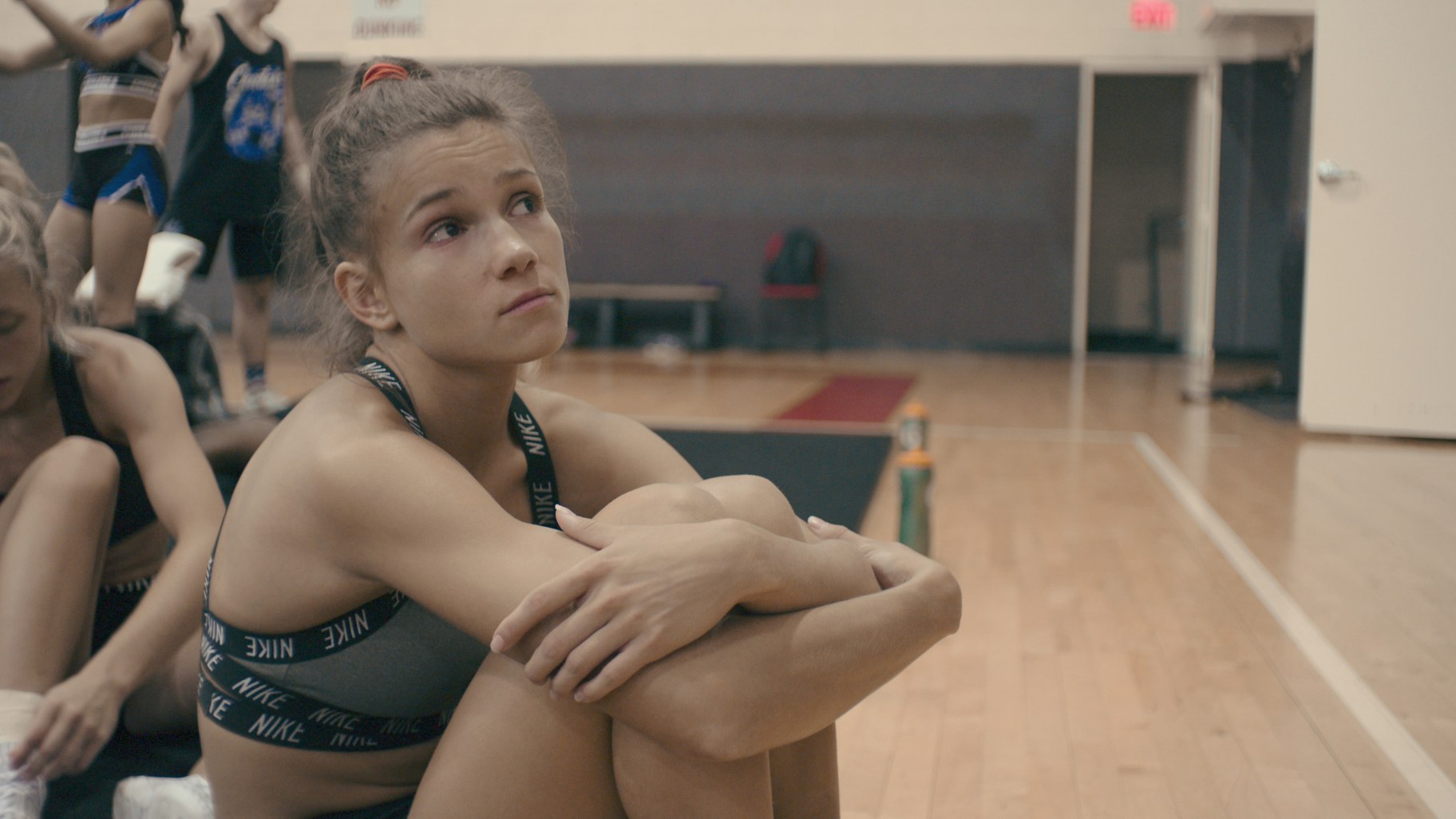 At one point, Morgan Simianer lived in a trailer with her brother. She has a difficult family history, but cheerleading gave her life more meaning and joy. Credit: Netflix.

Many kids on the team come from broken families and poverty. Several LGBTQ kids felt ostracized growing up and found community in cheer.

“The athletes that we got to know who were gay, they found that in the sport of cheerleading was a place that they felt very comfortable to be who they were; and that who they were, either by virtue of their sexual identity or because of this great ambition to be great at cheerleading, was fully accepted in this activity and by their coach, Monica,” says Whiteley. 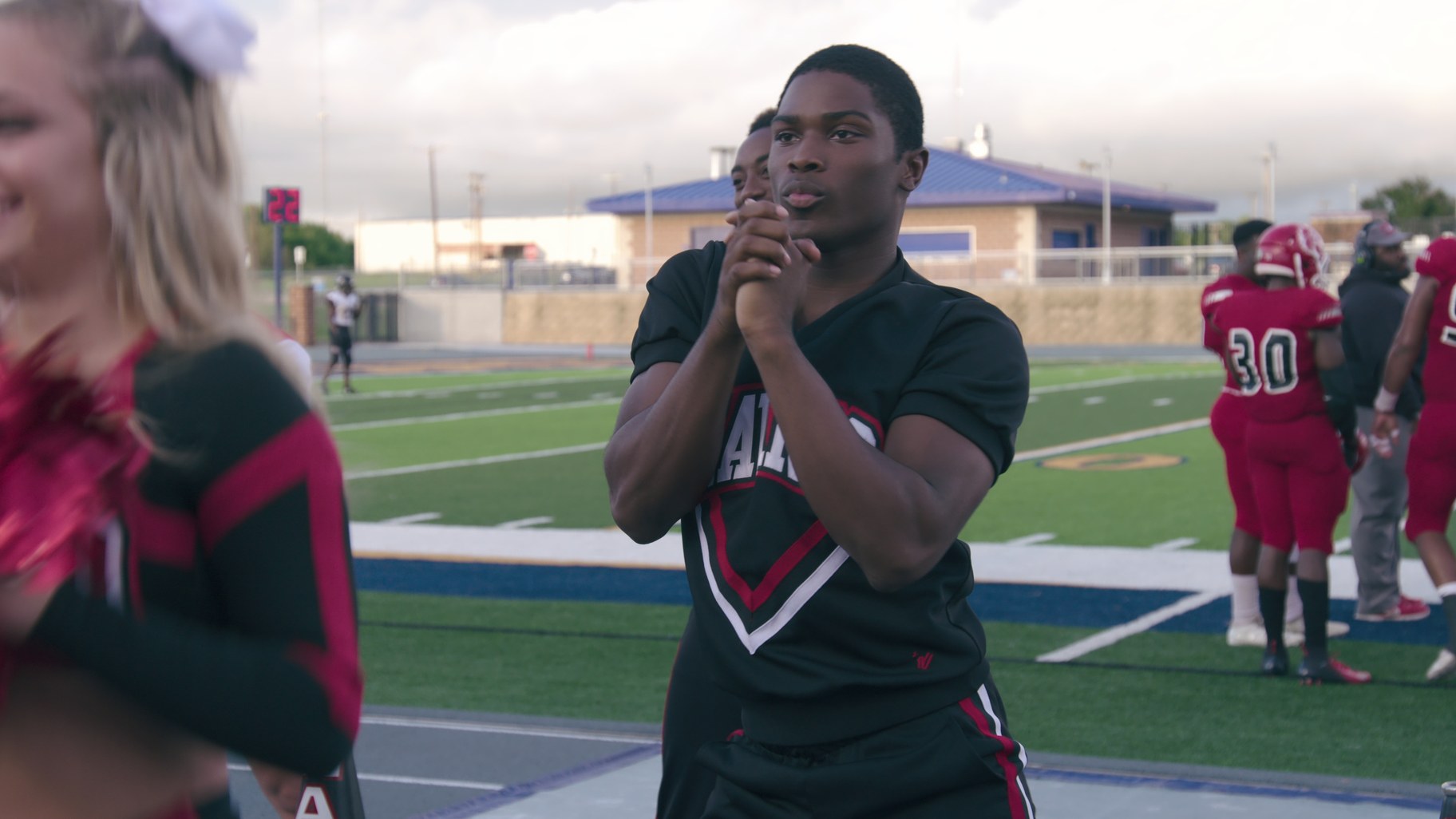 La’Darius Marshall is one of the LGBTQ members of the cheer team. Credit: Netflix.