More rattlesnakes are showing up in neighborhoods across California. Extreme drought and more urban development have been pushing the reptiles out of their natural habitats.

“They're pretty much everywhere,” explains rattlesnake wrangler Jules Sylvester. He runs Reptile Rentals, a company based in Thousand Oaks that supplies snakes to film shoots and clears sets of these cold-blooded animals. 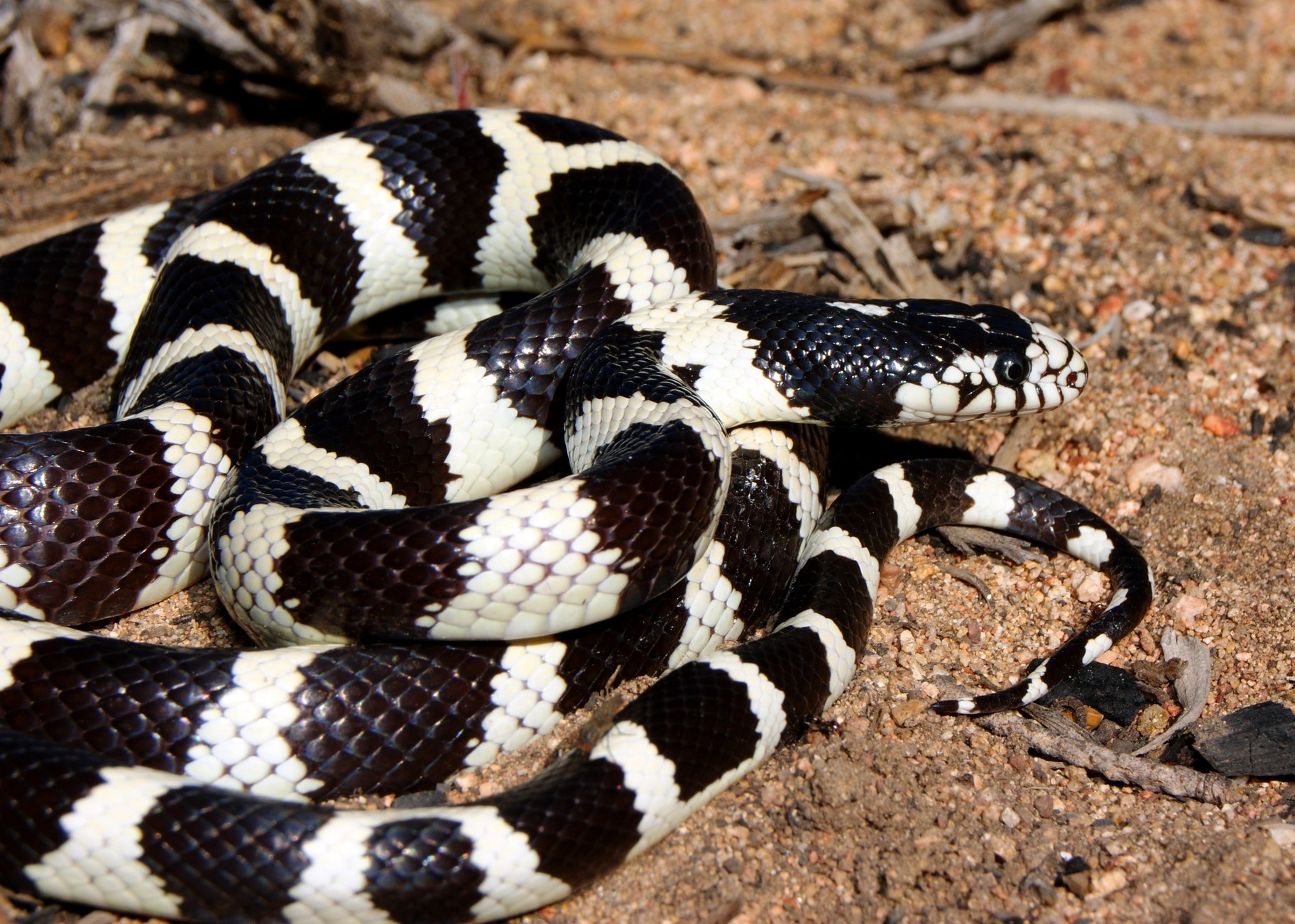 A kingsnake is known for its black and white scales. Photo by Matt Jeppson/Shutterstock.

He points out that reptiles started breeding because of the pandemic and a lack of hikers and other humans around. That can spell trouble for people outdoors.

“When they're first born, they're about nine to 10 inches long, and they're fully equipped, ready to bite. … Babies are dangerous because they're small. They don't have a rattle yet. And the venom is still just the same as the adults. All [you] need is a drop, and that'll knock your socks off.” 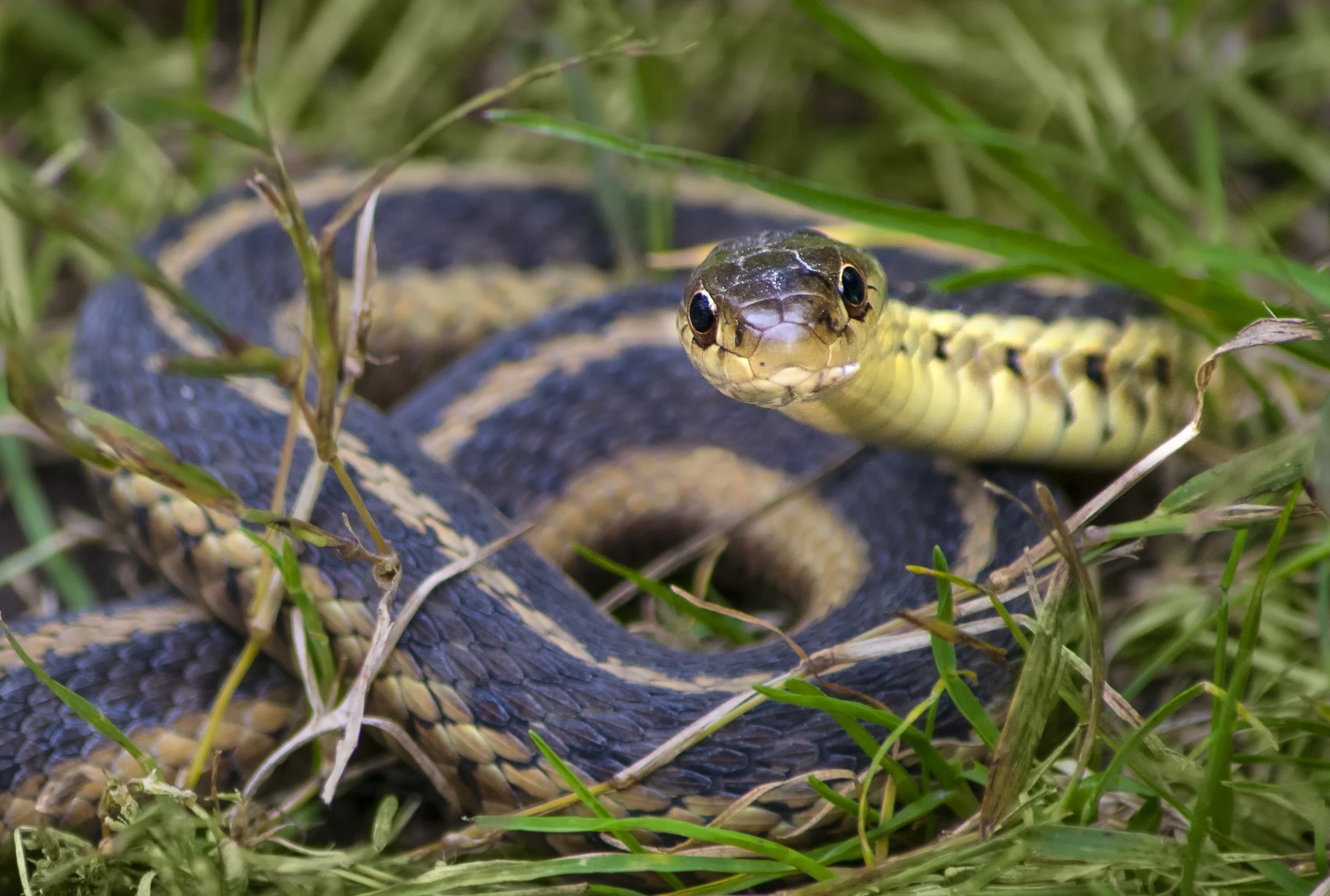 A garter snake is coiled in the grass. Photo by K Quinn Ferris/Shutterstock.

Sylvester says the most common snakes in Southern California include the kingsnake, and gopher and garter snakes. The venomous snake to especially avoid is the Southern Pacific rattlesnake.

He notes that everyone reacts differently to a snake’s venom, but there’s always the risk that a snake bite can send someone to an ICU. 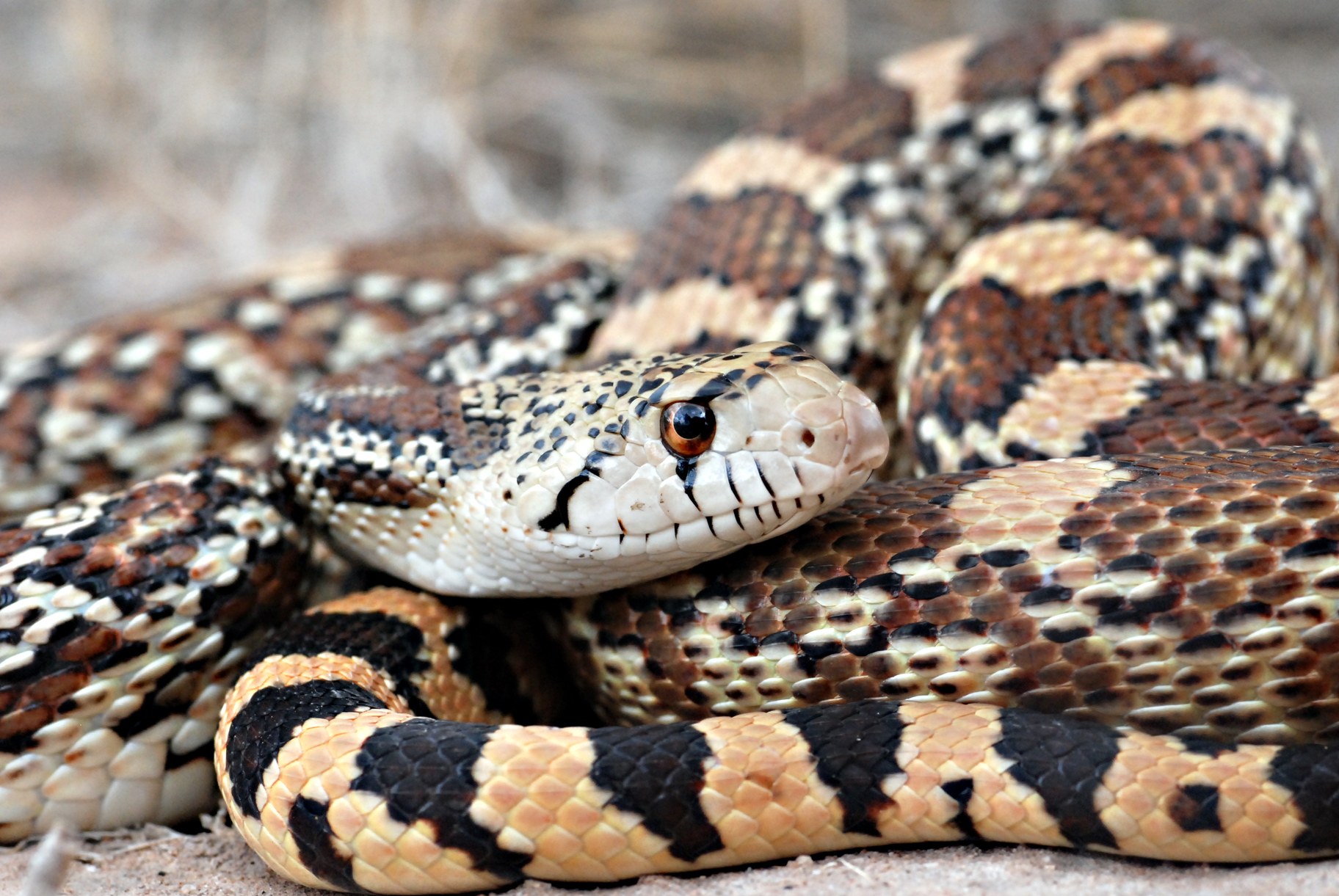 The gopher snake is one of the most common snakes in Southern California. Photo by Jason Mintzer/Shutterstock.

How to protect yourself from a snake bite

If you run into a snake, go around it because rattlesnakes typically only strike within 18 inches, says Sylvester. You should avoid long grass, wear comfortable shoes, and watch (and stay) on the paths, he adds.

When dealing with logs and rocks, he recommends stepping on top of the obstacles instead of over it.

“He's lying on the other side. You put your foot straight over without looking, and you've got an ankle bite right there. A lot of it's just common sense. … No one's ever been bitten by leaving a snake alone.” 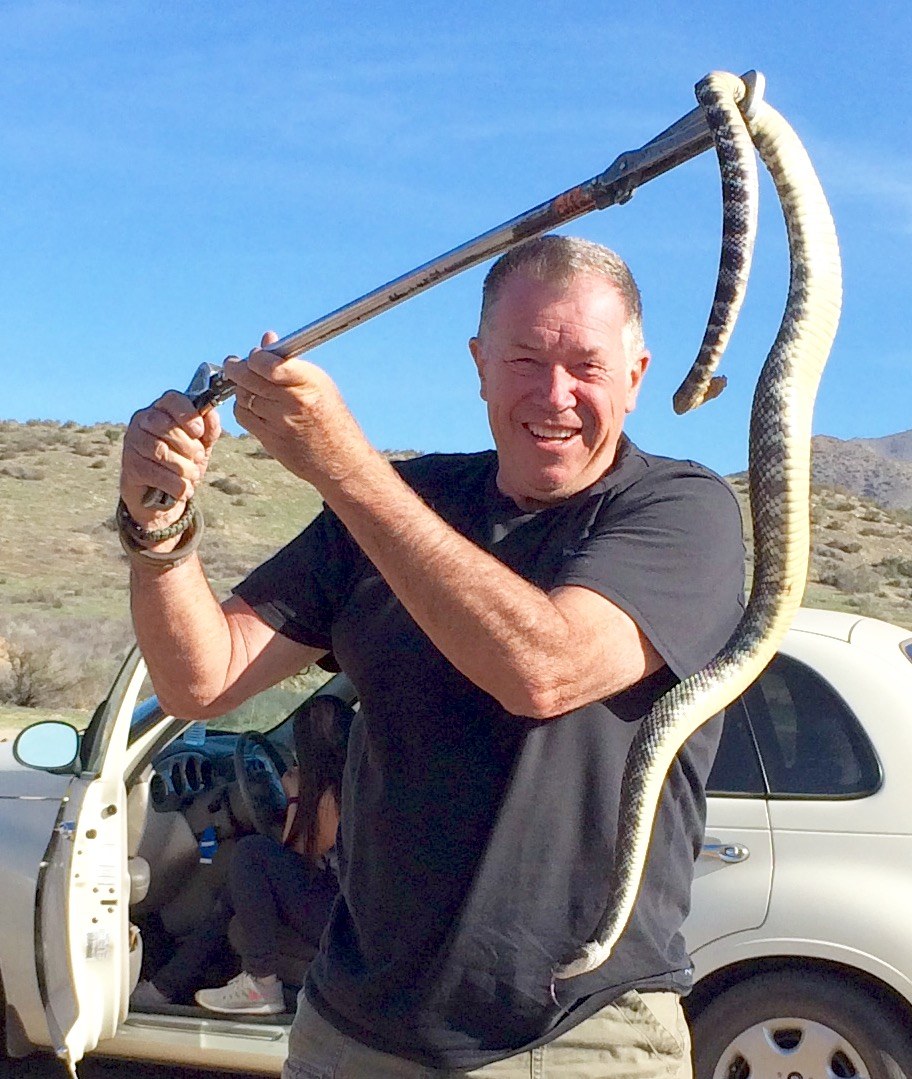 Jules Sylvester says to give snakes plenty of room if you see them in the wild. Rattlesnakes typically only strike within 18 inches of its prey. Photo by Jules Sylvester/Reptile Rentals.