High and Dry: A Deep Dive into the Water Crisis SECRET SUPER WATER GUZZLERS
Got green? Those with money sure do – both in their pockets and around their houses in the form of sprawling lawns and towering hedges. 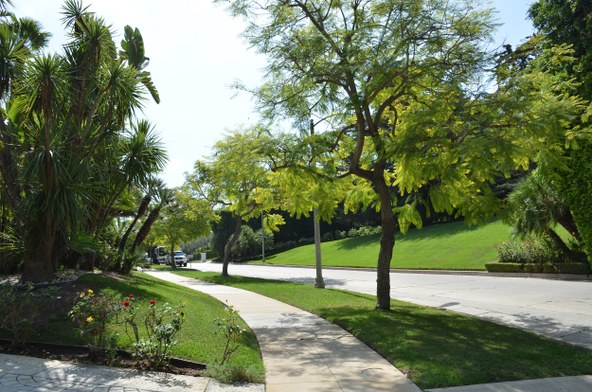 If you didn't know California was experiencing a historic drought, driving through the streets of Beverly Hills and Bel Air would only keep you in the dark. The area is lush and dazzling. Streets bask in the healthy green glow of the abundant trees, grass and plants growing carelessly about. Unsurprisingly, some of the state's biggest known water users live here. 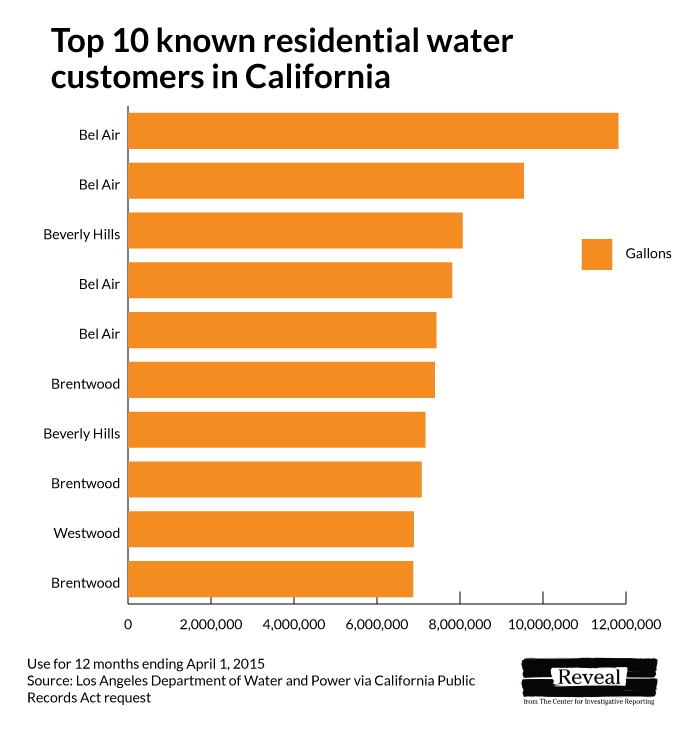 But finding out exactly who they are isn't easy. Reveal reporters go on the hunt for extreme water bingers in the rain-starved Golden State. These super-users are living in homes consuming millions of gallons of water a year. 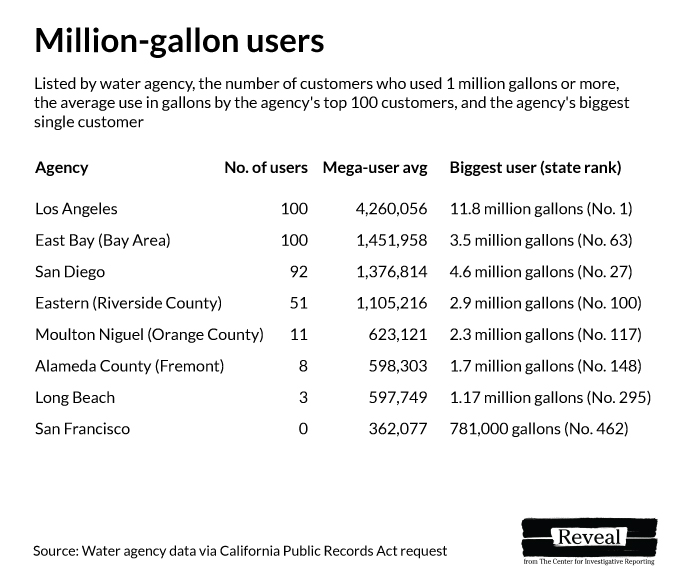 So who are these guzzlers? And why are they allowed to keep their yards green?

BUT NOT A DROP TO DRINK...
Clean drinking water isn't a problem most of us worry about in the United States today. But there are still communities in our country where water is brown or green out of the tap. It's got stuff floating in it. It smells bad. 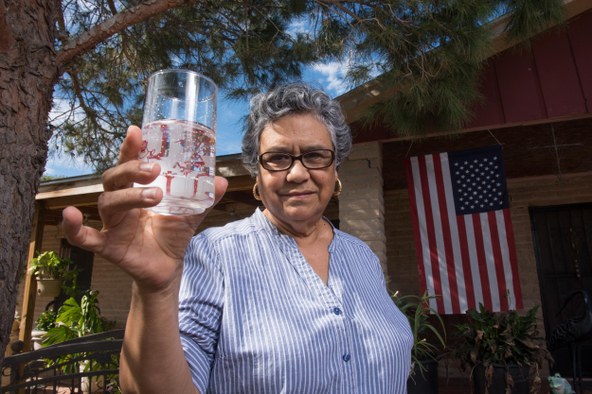 Guadalupe Elizondo, a retired teacher shown at her home in Rio Bravo, Texas,
is president of the Rio Bravo Alliance for Clean Water.
Robin Jerstad for The Texas Tribune

Neena Satija of our partner the Texas Tribune heads to two Texas towns that sit along the Mexican border to meet with residents who've fought for drinkable tap water for decades.

GROWING HAY A WORLD AWAY

What happens when your ancient desert springs start drying up? Why, you find another source, of course!

Saudi Arabia is almost out of water. For decades, farmers drilled for groundwater to transform their deserts into irrigated fields suitable for crops. Note how the area in the Wadi As-Sirhan Basin changed between 1987 and 2000. Reveal's Nathan Halverson and Ike Sriskandarajah don't travel quite that far to get the story. 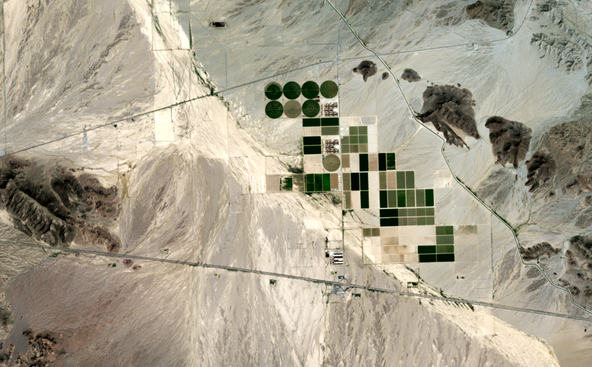 By buying land in America's most productive ground for growing hay,
which just happens to be a desert, Saudi Arabia's largest dairy company
now can grow food for its cows back home – all year long.
US Geological Survey/NASA Landsat

Last year, Saudi Arabia's largest dairy company, Almarai, bought 9,600 acres of land in a desert in the American Southwest. The company then converted it into hay fields to feed – get this – cows back home.

WATER BILLS BLEEDING THEM DRY
We've talked a lot about areas without water and the problems that arise, but here's a look at another side of it. New York City gets more than 50 inches of rain and snow a year, but the cost of its water has almost tripled over the past 15 years. 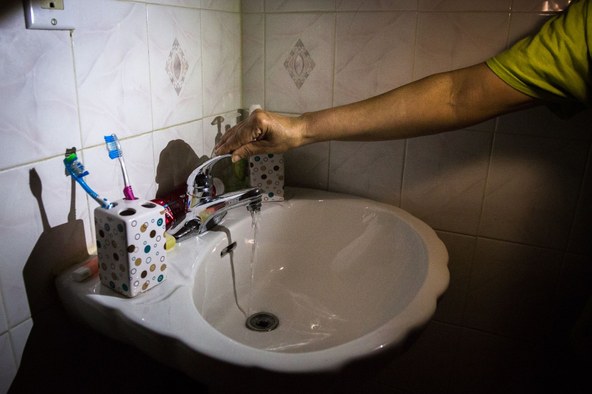 Maria Muñoz, a condo owner in the Bronx, fell behind on her mortgage
to keep up with her water bill payments.
Isaak Liptzin for WNYC

Reporters Kat Aaron and Matthew Schuerman of public radio station WNYC explain why and take a look at how these soaring rates are affecting low-income New Yorkers.