Law and Disorder, Part I But while firearms training is meant to keep both the police and the public safe, it actually poses a hazard to the officers themselves.

This player was created in September 2013 to host a graphic on the SeaChange project page.

For over a year, the Seattle Times has been investigating how people shooting at dirty gun ranges across the US have suffered from lead poisoning. Sometimes, they've lost feeling in their hands and feet. Other times, they've been too tired to get out of bed. 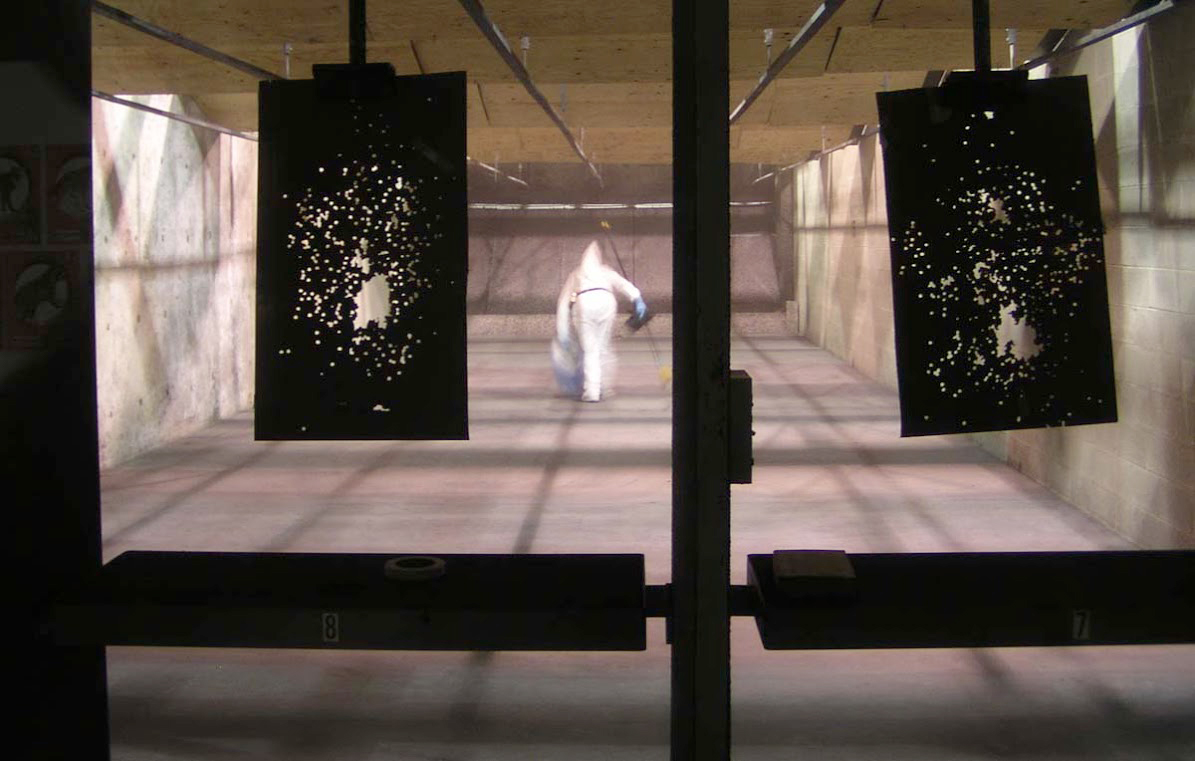 Police around the US are getting sick from lead exposure at dirty gun ranges.
The Seattle Times has been looking into how and why.
Photo: seattletimes.com/gunranges

Police are especially at risk because they have to go to gun ranges to keep their jobs. We hear from a corrections officer who got sick, and we talk to the family of an officer who died after a week-long training session. We also look at steps firing ranges can take to prevent lead exposure.

DIY GUNS? THERE'S A SITE FOR THAT
The Internet has blown accessibility to weapons wide open.

Reveal reporter Matt Drange has been looking at how easy it's been for sellers to list assault weapon parts on eBay and decided to see if he could get his hands on some using the site. 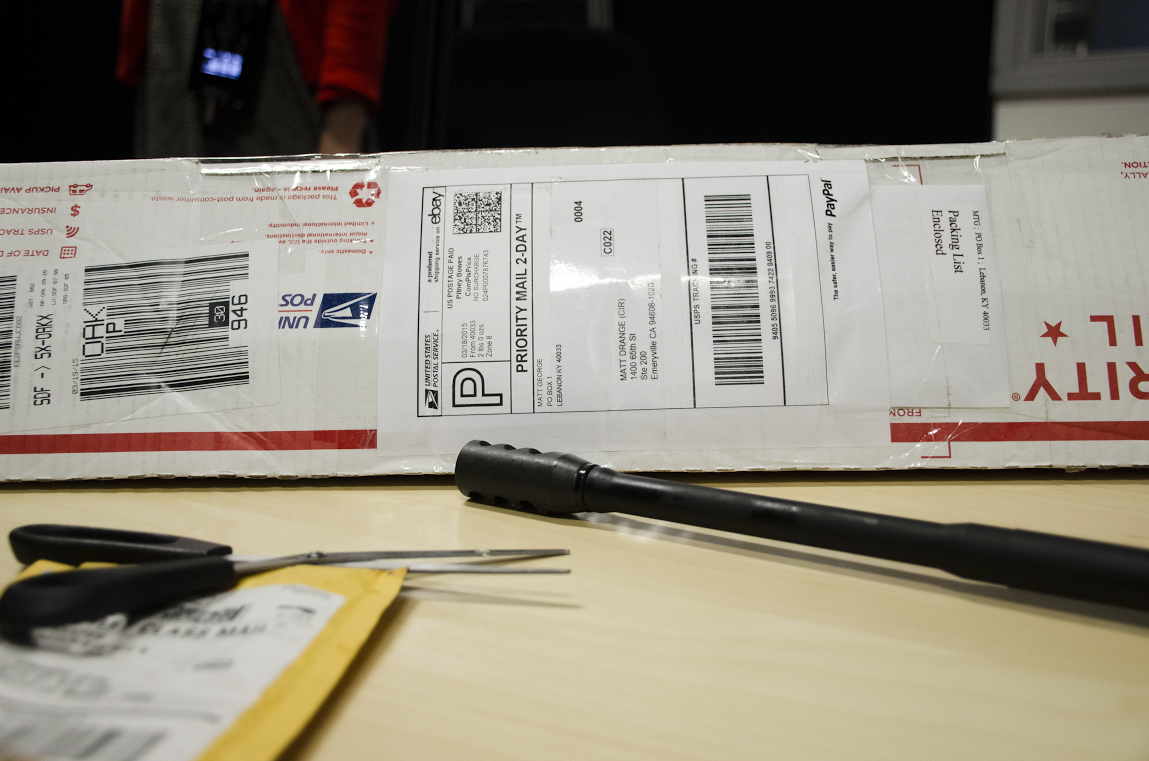 Reveal reporter Matt Drange ordered gun parts from eBay and, after opening the packages,
he was able to assemble the barrel of an AR-15 semi-automatic rifle in just under two minutes.
Photo: Julia B. Chan/Reveal

The online auction and shopping website has gone back and forth on its gun policy over the past 16 years. Check out this timeline of important events that have influenced how eBay deals with guns.

In this segment, Drange tells us what happened when he tried to order these parts online for this story, and we also look at how criminals are building their own untraceable “ghost guns.”

FROM DETENTION TO DETAINMENT IN VIRGINIA

Ever walk or drive by a school and see a police officer stationed on campus? That's probably a "school resource officer." He or she is there to "ostensibly " keep the criminal element at bay (i.e., protect the students from drugs, guns and gangs).

Increasingly, though, these officers are being brought in to deal with discipline issues. Some kids aren't coming home just with suspensions, but also criminal charges. And a disproportionate number of students referred to cops and courts are minorities and special needs children. 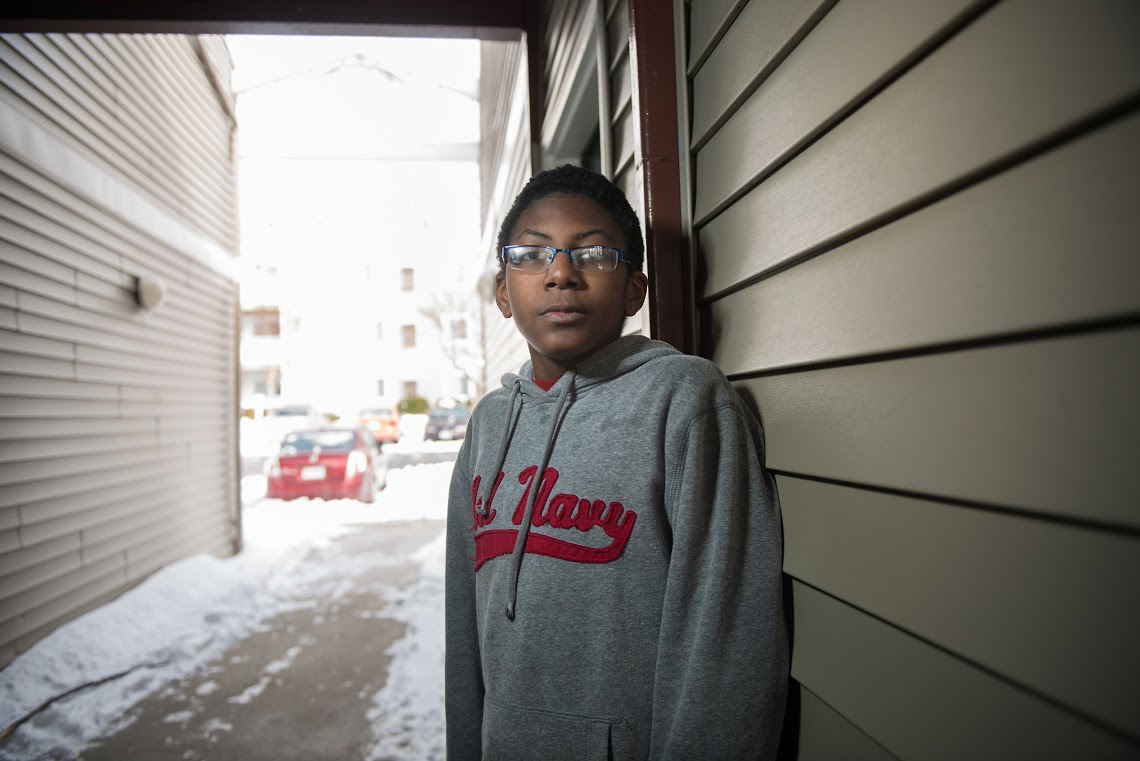 Kayleb Moon-Robinson, who has autism, had barely started sixth grade in Lynchburg, Virginia, when he faced criminal charges for acting out in school.
Photo: Charlie Archambault/The Center for Public Integrity

Susan Ferriss from the Center for Public Integrity heads to Lynchburg, Virginia, to speak with one family whose 11-year-old son, who has autism, was charged with disorderly conduct and felony assault based on incidents at school " one of which resulted in the boy being taken to the juvenile courthouse in handcuffs.

The rate of students referred to law enforcement in Virginia is almost three times the national rate. If you want to see how many African American and disabled students your state refers to police and courts, check out The Center for Public Integrity's graphic.

HER CLIENTS MAY BE NOTORIOUS, BUT JUDY CLARKE IS A MYSTERY
Susan Smith, the woman who drowned her children in 1994; Ted Kaczynski, aka the Unabomber; Jared Loughner, the gunman in the 2011 attempted assassination of Gabrielle Giffords in Tucson, Arizona; and now Dzhokhar Tsarnaev, one of the Boston Marathon bombing suspects " Judy Clarke's represented them all. 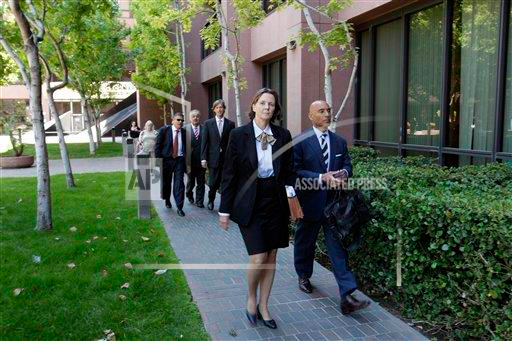 But what do we know about the defense lawyer? She's extremely private.

So what we do know, we've gathered through her high-profile cases defending those who risk capital punishment for their crimes. Clarke is fiercely opposed to the death penalty and has saved the lives of some of the most notorious criminals in recent history.

Author and investigative reporter Mark Bowden spent months digging into her background for this Vanity Fair story and now shares his insights on the elusive character that is Judy Clarke.