Chris Kallmyer’s art piece, Ensemble, is now on display at the Santa Barbara Museum of Art. It's filled with eight microtonal chimes meant to be played by eight different people. The piece has an unfinished and evolving feel. Kallmyer admits this is the kind of work not typically found in art museums.

Kallmyer draws on his experience as a classic trumpet musician for the piece. "Ensemble" has strings that visitors can pull to create music. "I decided to try to level the field by making something that makes sense to no one -- until you engage with the piece,” he said.

The public can experiment with "Ensemble" on Thursday nights. That's when the museum holds music-making workshops led by poets, artists, activists, and scholars. 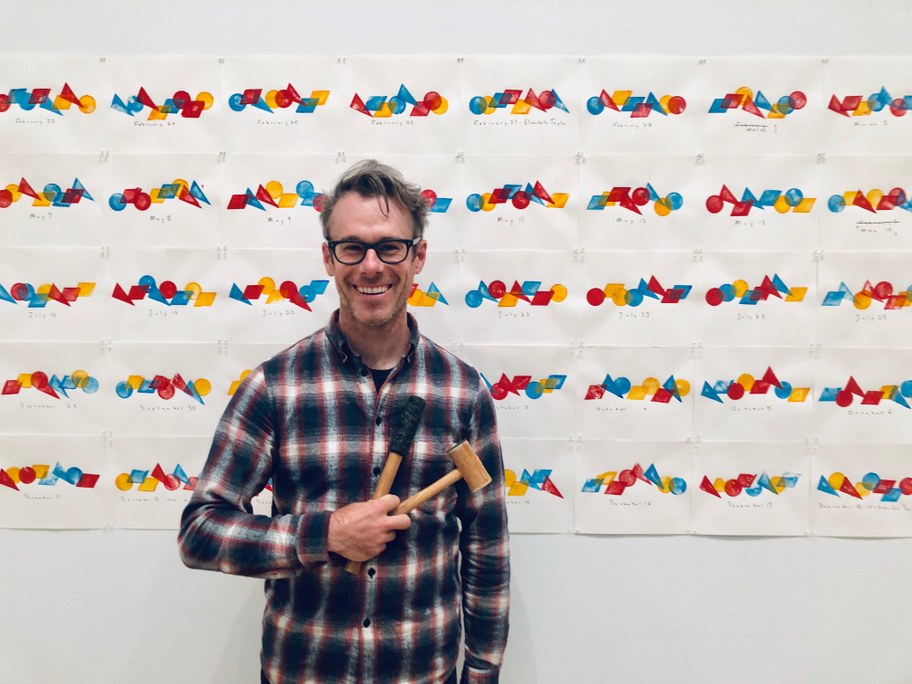 Chris Kallmyer stands in front of his version of a graphic depiction of the sheet music to be used by the public to play a harmonic melody on Ensemble. Photo credit: Carolina Starin