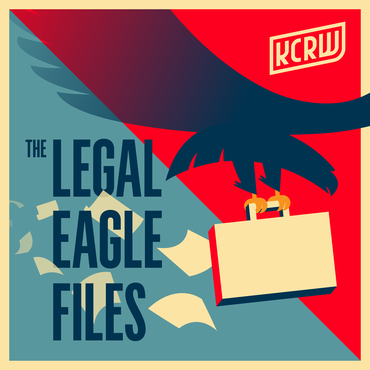 Could you sue President Trump if he targeted you on Twitter? Twitter activity of Donald Trump from his first tweet in May 2009 to May 2018. Retweets are not included. Photo credit: Phoenix7777 / CC BY-SA

In many ways, Twitter has provided a platform for President Trump’s rise to political power and his presidency. But is there any recourse for people targeted by Trump’s harassing and threatening tweets? And what should we make of Trump’s executive order seeking to curtail legal protections given to social media corporations?

In this episode of The Legal Eagle Files, KCRW host and journalist Madeleine Brand and law professor Jessica Levinson discuss whether MSNBC host Joe Scarborough could sue Trump for defamation. Trump has peddled falsehoods on Twitter about Sacarbough’s connection to the death of one of his former staffers.

Brand and Levinson also explain Trump’s executive order about social media corporations, and whether could change the law. The short answer? It is likely both unenforceable and unconstitutional.

Then they recap late breaking news from the Supreme Court of the United States. In a five-to-four decision, the justices rejected a claim by a California church that it was being unfairly targeted by Governor Gavin Newsom’s shutdown orders. The church unsuccessfully claimed that Newsom was singling out houses of worship for unfair treatment.

And finally, Brand and Levinson also discuss their mutual disrespect for current email etiquette (extra exclamation points anyone?!?!?), and have a friendly disagreement about cat videos.