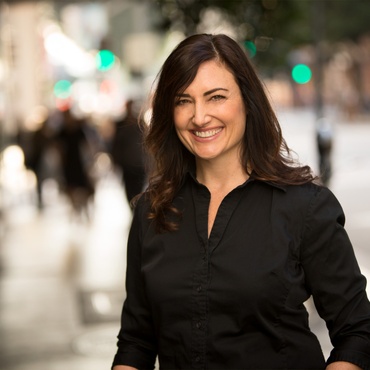 Madeleine Brand joined KCRW in 2013 to host the award-winning daily news and culture show, Press Play. Madeleine is also host of the nationally syndicated foreign affairs show, America Abroad. Prior to KCRW, Madeleine was an anchor on the KCET television news show, SoCal Connected. Before that, Madeleine worked in New York and Washington for NPR.

Madeleine has a master's degree from the Columbia Graduate School of Journalism, where she later taught documentary radio. She has a BA from the University of California Berkeley, where she graduated with honors in English.

Madeleine lives in Los Angeles with her husband and two children. With many people staying at home due to coronavirus, our apartments and houses have become work spaces, classrooms, gyms. As hospitals, clinics and other community organizations face a shortage of masks during the COVID-19 outbreak, homebound sewers have stepped up to help, from DIY crafters to fashion… LAUSD is suspending classes as of March 16 for at least two weeks. People across the country are struggling to make ends meet during the COVID-19 outbreak. Our behavior changes when we are being watched

For generations we’ve know that when we are watched, or think we are being watched, our behavior changes.  How can we use this to improve health? Medical residents are doctors-in-training. Should they treat coronavirus patients?

Dr. Michael Wilkes of UC Davis talks about a big problem hospitals are facing: Should medical residents be involved in the fight against COVID-19? $120 for roundtrip airfare: Millennials and Gen Z travel despite coronavirus Many retirement homes are on lockdown in an attempt to protect those most vulnerable to COVID-19. Six things to do while social distancing on the Central Coast