If at once you don't succeed summiting a mountain and it nearly kills you, should you try, try, try again? In 2008, three mountain climbers set out to be the first team to scale Meru, a 21,000 foot mountain in the Himalayas. Along with 200 pounds of gear, Conrad Anker, Renan Ozturk and Jimmy Chin brought cameras to document the climb.

That trip ended in failure just 100 meters from the summit. Three years later, despite setbacks, they tried again. That's the subject of the new documentary film Meru. Climber, co­director, producer and cinematographer Jimmy Chin joins us. 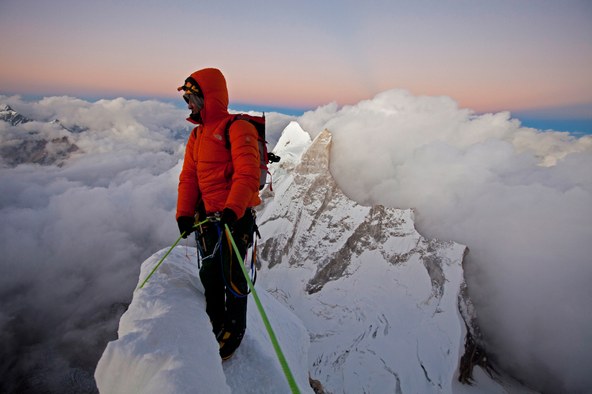 An exhausted Renan Ozturk contemplates the long descent after making the summit. 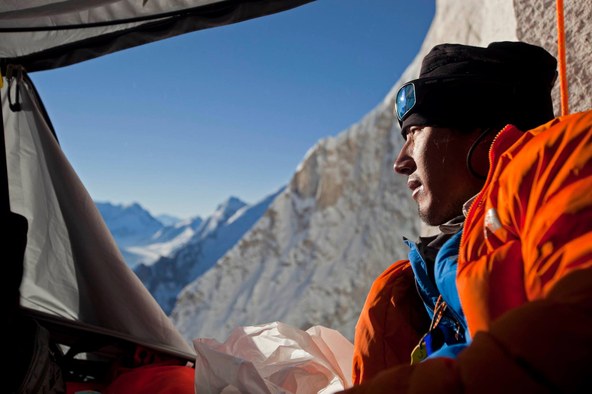 Are "Smart Drugs" the Magic Pill to Getting a Workplace Edge?

Saudi Arabia's King Salman is in Washington today to finalize a $1 billion arms deal with the US ­­ and lobby for more support to counter Iranian influence in the Middle East.

Smart Drugs: The Quest for Getting an Edge

Let's face it, who doesn't want to be sharper, more alert, and able to ace anything you want to do without having to get much sleep? Now, in addition to Ritalin and...

If at once you don't succeed summiting a mountain and it nearly kills you, should you try, try, try again? In 2008, three mountain climbers set out to be the first team to...

END_OF_DOCUMENT_TOKEN_TO_BE_REPLACED
KCRW's Drive to the Future: TODAY, you could win an Apple iPhone 12! Your donation to KCRW will also support Kedren Health, a community health center serving South LA, providing COVID vaccines, primary care, and mental health services equitably, regardless of one’s ability to pay.
Give Now
Give Now