On "Bloody Sunday," John Lewis and other civil rights marchers were brutally attacked by police and soldiers on the Edmund Pettus Bridge in Selma, Alabama. 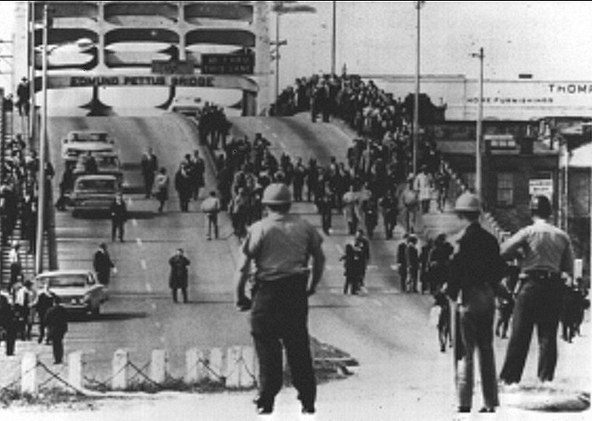 Tomorrow — just 50 years later -- President Obama and former President George W. Bush will be among the huge crowd that's expected to attend the "Bridge Crossing Jubilee" in Selma. It's a reminder of progress toward civil rights in America — and a reminder of failure. Peniel Joseph is a history professor at Tufts University, where he directs the Center for the Study of Race and Democracy. He's author of, Stokely: A Life, about the disillusioned civil rights leader, Stokely Carmichael.

Body-Hacking: The Benefits and Unintended Consequences

Wearable devices to monitor bodily functions now constitute a multi-billion-dollar industry. Fitbit , Jawbone Up and other gadgets keep track of your blood pressure,...

On "Bloody Sunday," John Lewis and other civil rights marchers were brutally attacked by police and soldiers on the Edmund Pettus Bridge in Selma, Alabama.