Pope Francis Expands Forgiveness for the "Sin of Abortion" Pope Francis says priests can forgive women who've had abortions, considered a grave sin by the Catholic Church. Over the next Holy Year, women who repent and confess can be absolved by any ordained priest. Reformers within the church see this as an olive branch in the divisive debate over abortion. Conservatives are framing it as nothing more than a bolstering up of the power of priests. Frances Kissling is the president of the nonprofit Center for Health, Ethics and Social Policy and a former president of Catholics for Choice. 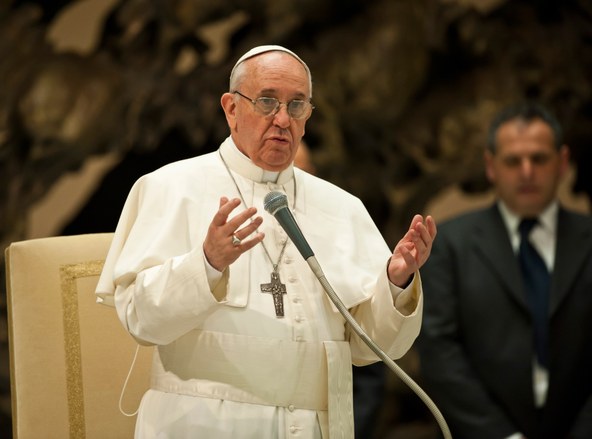 Photo courtesy of the Catholic Church of England and Wales

Slumping Stocks and a Government Crackdown: China at a Crossroads?

A standoff over gay marriage in Kentucky has kicked up a notch. Today, the elected county clerk of Rowan County, Kim Davis, refused yet again to issue marriage licenses to...

Since the 2007 global recession, China has remained an economic powerhouse, the hallmark of reliable growth and stable investment. But this summer Chinese stocks have...

Pope Francis Expands Forgiveness for the "Sin of Abortion"

Pope Francis says priests can forgive women who've had abortions, considered a grave sin by the Catholic Church. Over the next Holy Year, women who repent and confess can...

END_OF_DOCUMENT_TOKEN_TO_BE_REPLACED
KCRW's Drive to the Future: TODAY, you could win an Annual Membership + Exclusive Merch to the Academy Museum opening this September! Whether you love our news coverage, inspiring music, or live events — we need your support!
Give Now
Give Now