In 1986, Jeff Sessions was US Attorney for the Southern District of Alabama. When Ronald Reagan nominated him for a federal judgeship, the US Senate said "no," largely because of his record on racial discrimination and civil rights. 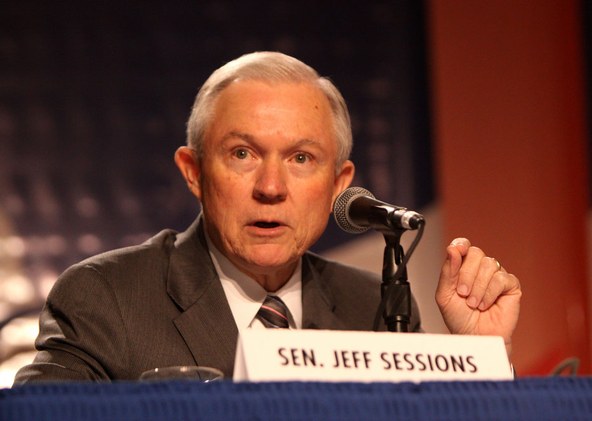 Now Sessions is a long-time veteran of the Senate, and Donald Trump has nominated him to be Attorney General. One of those testifying before the Judiciary Committee will be David Cole, Georgetown Law School Professor and National Legal Director for the American Civil Liberties Union.

Trump's icy relationship with US intelligence

At Trump Tower this morning, the President-elect told reporters that this week's accelerated Senate confirmation process will be no problem for any of his cabinet...

Will Donald Trump make peace with US intelligence?

The last time Donald Trump had a full-fledged news conference, he urged Russia to find and reveal more of Hillary Clinton's emails. That was in July. Now he's in an...

In 1986, Jeff Sessions was US Attorney for the Southern District of Alabama. When Ronald Reagan nominated him for a federal judgeship, the US Senate said "no," largely...