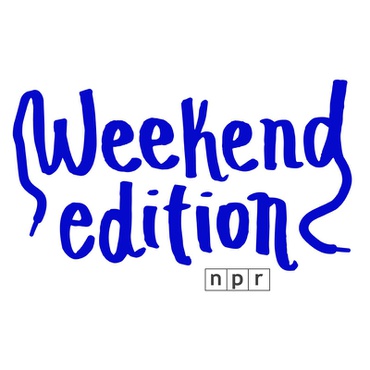 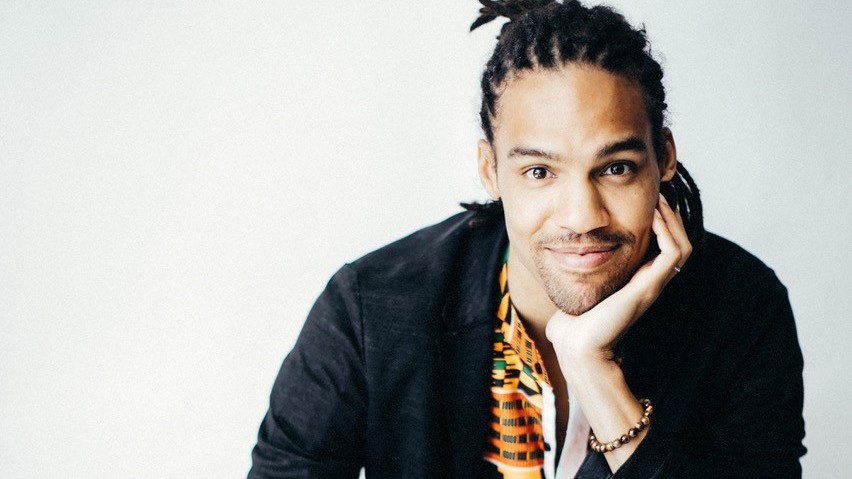 As a professor, musician and community advocate, Pierce Freelon has his hands in many different pots. His new children's album, D.a.D., mixes a bit of all three of his vocations for educational fun. Photo by Mark Maya - Courtesy of the artist

As a Black millennial father from the South, Pierce Freelon says he aims to diversify children's music.

"I don't see enough depictions of Black men as nurturers, " he says. "You know, goofy kind of caring caregivers."

The 36-year-old musician lives in Durham, N.C., with his wife and two kids. He's just released his first children's album, D.a.D, collaborating with musical guests in different genres: hip-hop, Afro-Caribbean, electronic jazz, soul. He sings and raps about movies, popcorn and videogames, and hanging out on a special "daddy/daughter day" full of play.

Freelon's 10-year-old daughter Stella is on many of the songs and says she has the coolest dad. "I guess he's creative and stuff," she says from the home studio where they tracked the album. "My dad always records stuff, like when me and my brother have a beat in our head. He always goes on voice memos and records it. And then later, he just made songs out of it."

Stella's dad also grew up in a pretty cool, creative and famous Black family. Pierce Freelon's grandfather was an impressionist painter during the Harlem renaissance and his father, Phil Freelon, was the renowned architect who designed the Smithsonian National Museum of African American History and Culture in Washington, D.C. Before he died a year ago, Phil left his son this advice on a voice memo that's included on the album:

"When you create your art, whether it's singing or drawing or tattoos," the elder Freelon advised, "As artists, we have a very important job in this world: It's to bring beauty and to bring joy to other people."

When he recorded his dad, who was sick at the time, Pierce Freelon says "the disease ALS had progressed to a point where his voice had been reduced to a whisper. And this is a guy who had a big booming voice. He was a 6-foot-5 big guy and had a big voice and big heart. "

Freelon says he wanted to share his father's vulnerable wisdom on the album.

"Oh, my goodness. It just gave me shivers," says Pierce's mother, Nnenna Freelon, a Grammy-nominated jazz singer, composer, producer and arranger. She describes Pierce, the youngest of her three children, as sensitive and charismatic. She says his new album is really a love letter to her late husband.

"Pierce and Maya and Dean all watched their father model honesty, integrity, design, excellence, humor," she says. "It's important to know that you're standing on strong shoulders and that you have a responsibility to uphold the values that have been put in place before you were even a blink in anybody's eye."

Pierce earned his master's degree in African American studies and is following the family's artistic and cultural traditions. After all, he grew up in a home where dinner guests often included artists, intellectuals, architects and poets, such as Maya Angelou, who was a close friend of his grandmother. It was a conversation Pierce had with Angelou that inspired him to run for mayor of his hometown in 2017. For his campaign materials, he added beats to a poem she recorded for him, "A Pledge to Rescue Our Youth."

"Young women / Young men of color / We add our voices to the voices of your ancestors," the poem begins. Freelon says he based his political platform on lines from the poem.

" 'Clean and well-furnished schools, safe and non-threatening streets, employment which makes use of our talents but does not degrade our dignity,' " he recites. " 'Love and care and accountability and transformative and restorative justice.' Auntie Maya gave us all of that."

Freelon lost the mayor's race and a bid for state senate a few months ago, but local politics may still be in his future. Meanwhile, he continues to emcee for the Jazz/hip-hop quartet The Beast. He mentors young people in music, film and coding at the Afro-futurist hub he founded, Blackspace. This fall, he'll be teaching Black studies at the University of North Carolina. And PBS is now presenting his animated musical series, The History of White People in America, which documents racism in this country.

"It doesn't happen overnight, but the rich divided people by phenotype," he raps in one episode, "Melanin, skin color, you dark or you light; your life or death could be determined by the question, 'Are you white?' "

R-E-S-P-E-C-T, Respect my words and my boundaries.
Listen here: you don't wanna touch, you don't need to fear
This is your body,  no one else tells you how to feel
Here's the deal: You can give consent and you can repeal
This is real. You need a shield? Tell 'em how you feel.

Freelon says children "need tools to be able at a young age to say, 'This is my body and it's all mine. And I can do what I want with it. I have body autonomy.' These are words and concepts that I want kids to become very familiar with. That is not something that I hear being addressed in a lot of children's music."

But Pierce Freelon also wants his work to be fun, so that kids will hear the message in the music and the art.