Santa Monica College Wakes Up from a Nightmare

Just after noon last Friday, John Zawahri, was shot to death by police in the library at Santa Monica College after a shooting spree which began in a nearby neighborhood and during which he killed five other people -- three on the campus.  As the campus was evacuated, students, faculty and staff were marched passed his body lying on a sidewalk.

Two of those who were shot were the long-time groundskeeper, Carlos Franco, and his daughter, Marcela, who was on campus to pick up textbooks for summer school. Franco was best known on campus for maintaining a popular rose garden off the main quadrangle. The college has set up the Carlos Franco Family Memorial Fund. (Donations may also be mailed to Santa Monica College Foundation, 1900 Pico Blvd, Santa Monica, CA 90405.) 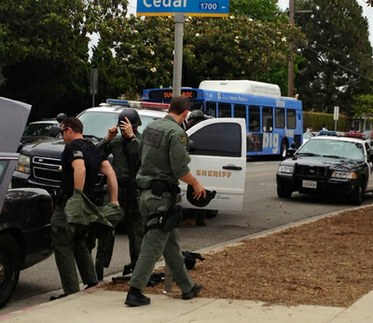 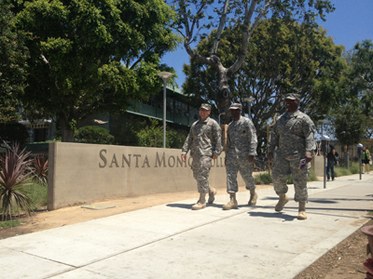 x
The Army, which also responded,
may have been in the vicinity because of President Obama's appearance
at a Santa Monica fundraiser 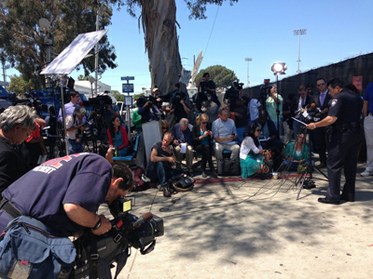 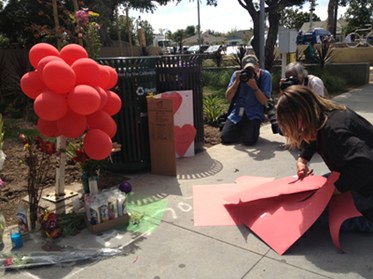 Students and community quickly set up memorials to those killed

Photos by Jenny Radelet and Saul Gonzalez. Special thanks to Shako Liu for help on tonight's program.

Santa Monica College Wakes Up from a Nightmare

Just after noon last Friday, John Zawahri, was shot to death by police in the library at Santa Monica College after a shooting spree which began in a nearby neighborhood and...

What Facebook knows about IG’s harm on teens, and how 30-year-olds are buying $1 million LA homes Press Play with Madeleine Brand

END_OF_DOCUMENT_TOKEN_TO_BE_REPLACED
KCRW's Pledge Drive: IF we can raise $25,000 TODAY, your donation will be matched dollar-for-dollar thanks to a generous commitment from KCRW Board Member Norris Bishton and Debra Bishton.
GIVE NOW
Give Now