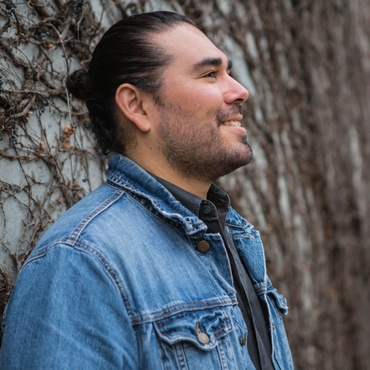 José Galván started DJ-ing in 2008, when his job as an On-Air personality at the now defunct Indie 103.1fm demanded it. He had produced The Crystal Method’s weekly radio show, Community Service for 2 years, and with their guidance and some of their gear on loan, he took to the 1’s & 2’s one Cinco de Mayo.

Mixing is only the newest chapter in his lifelong addiction to music. Growing up, José spent 7 years in a Community orchestra, ascending to First Chair of the Cello section. He’s been in college & commercial radio programming since he was an undergrad at USC, fulfilling the roles of Latin Music Director & Programming Director at the student run college station as well as Executive Producer of Syndication for The Kevin & Bean Show on KROQ.

José has also travelled the world as a Tour Manager for Carla Morrison and DJ Z-Trip. The latter giving him the hands on experience to see some of the world’s biggest DJs in action up close and personal. His base in music theory, his stint with Z-Trip, and the fact that he constantly listens to so much new music, has helped him rapidly grow as a DJ and music selector.

He’s held down lengthy residencies at downtown LA bars and in 2017, he was asked to open the Sonora Tent for Weekend 2 of the Coachella Music and Arts Festival.

José currently hosts and programs Sunday nights from 6p-8p on KCRW and is also the curator of the Pan Caliente feature which focuses on premiering new Musica Indie on their music blog.

José Galván lives for music, and has been known to take requests. Celebrate the raw power and chaotic joy of the live talents at Primavera Sound LA. Based in Sydney, 20-year-old indie pop player grentperez grew up listening to all sorts of music from The Beatles to Queen, which helped him fortify his falsetto.