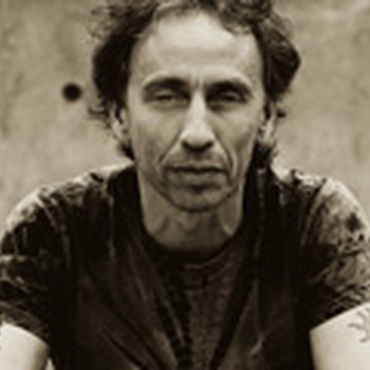 Regarded as the ultimate "tastemaker" in music, Nic Harcourt is the former host of both Morning Becomes Eclectic and the syndicated show Sounds Eclectic. After 10 years as KCRW Music Director, Nic stepped down in 2008 to pursue other opportunities. Still a DJ at KCRW, Nic currently serves as an Editor-at-Large for Music and Culture at the Los Angeles Times Magazine and is music supervisor for the hit show 90210.

Born in Birmingham, England, he started his world travels in Australia and lived there during his mid 20's. He arrived in the United States in 1988 with a bagful of records and charmed his way into a part-time gig at the well-respected independent station WDST in Woodstock, New York. By the time he left for KCRW, he had gone from the midnight shift to Music Director.

He began hosting the daily Morning Becomes Eclectic in 1998 featuring his picks from the best new music, spanning a wide range of genres. A weekly version of the show, then-called Sounds Eclectic, aired on a number of other public radio stations around the country and worldwide. The shows include live performances by both established and rising stars.

Many artists, including Dido, Coldplay and Norah Jones, have credited Harcourt for putting the map and helping them achieve stardom. He's also helped launch the careers of Ting Tings, Sigur Ros, Damian Rice, Death Cab for Cutie, Franz Ferdinand, Interpol and countless others. He has been described by music writer Mark Weingarten as "the most influential DJ in America."

KCRW has long been regarded as a Los Angeles cultural institution, and Harcourt raised the bar for the station by introducing events such as station-sponsored KCRW and KCRW.com Presents concerts. KCRW was the first station to broadcast from remote locations like SXSW, CMJ and the Latin Alternative Music Conference. Nic also produced the Sounds Eclectic CD compilation series. The latest CD, Sounds Eclectic: The Next One, is available via Amazon.

Harcourt's first foray into literature was Music Lust,a book of "recommended listening for every mood, moment and reason."

He has also worked as music consultant/supervisor for several television shows including: 90210, Queer as Folk, Life as We Know It, In Justice, What about Brian and Love Monkey (for which he was also a co-producer), as well as advertising campaigns for Mitsubishi Motors, Apple's iPod and Victoria's Secret. Nic has helped to select music for the motion pictures He's Just Not That into You, Pride and Glory, Ice Age, Ice Age II, Anchorman, Igby Goes Down, Gone Baby Gone, Dukes of Hazzard and the upcoming Fireflies in the Garden. For the last two years, Nic was the "voice of Land Rover" for all of their television and radio commercials. Nic's been playing songs from Chasing Kings' debut EP, The Current State of Our Future, for the last 18 months. Catch this LA buzz band's catchy indie pop in their first live radio session on Nic's show at 8.30. An extraordinary original turntablist and founding member of the Beat Junkies, J Rocc helped transform the craft into an art form and is a seminal figure in the rise of instrumental… May. 20 from FREAKS ONLY There’s no sibling rivalry between The Watson Twins, just familial harmony found where their voices meet.