Tobias Wolff on Harry Crews’ ‘A Childhood: The Biography of a Place’ 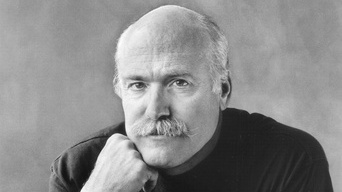 Writer Tobias Wolff speaks about a dark book that remains loving, Harry Crews 1978 classic “A Childhood: The Biography of a Place.” Wolff wrote the foreword to its Penguin Classics re-release, which joins a number of Crews’ works in the series.

This is a very distinct American memoir that asks the reader to understand the courtship of mules — a dirty Southern book with an outward gaze at goats, roosters, and the people and culture of a community. It’s a heartbreaking work in which people understand the difficulties of their rural Southern neighbors at a period beginning in the 1930s.

Excerpt from A Childhood: The Biography of a Place by Tobias Wolff

But there was nothing I could say. I had already done what,
in Bacon County, was unthinkable. I had cursed the sun. And
in Bacon County you don’t curse the sun or the rain or the
land or God. They are all the same thing. To curse any of them
is an ultimate blasphemy. I had known that three years ago,
but in three years I had somehow managed to forget it. I stood
there feeling how much I had left this place and these people,
and at the same time knowing that it would be forever impossible
to leave them completely. Wherever I might go in the
world, they would go with me.