Will China Define the Cars of This Century?

20 years ago, almost nobody drove a car in China. Now it is the world’s biggest car market, and is turning itself into the biggest manufacturer of homespun cars. Build Your Dreams is a China-U.S. company that started life a few years ago as a manufacturer of batteries, for cell phones and flashlights, and then for cars. You won’t find its electric E6 at your local showroom; instead BYD will sell its cars and shuttle buses in fleets to companies like Hertz where they can install their charging stations. Eventually, the company may manufacture cars and batteries in the U.S. but meanwhile has opened an office of around 20 people in downtown Los Angeles. As director of Advanced Mobility Research at Art Center College Of Design in Pasadena, Geoff Wardle has been tracking the Chinese car industry. He explains that even though China is quickly acquiring technology, to get design savvy they still have to venture overseas. China’s future auto industry is actually being shaped in Art Center's transportation design studio. Frances speaks with Chao Feng, a 26-year-old Beijing native and the first student from Mainland China to attend Art Center's Department of Automotive Design. He explains how China became so car-crazed and why some Chinese schools are now starting their own auto design departments. 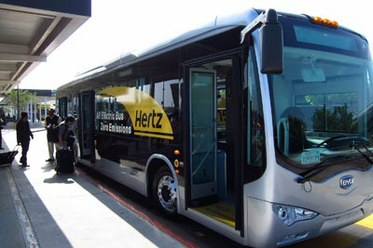 Build Your Dreams EBus concept being used in a Hertz fleet 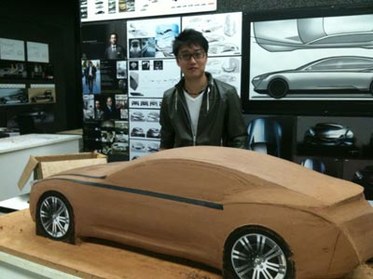 The car Feng designed was inspired by the yin yang symbol, prevalent in Chinese culture

Will China Define the Cars of This Century?

20 years ago, almost nobody drove a car in China. Now it is the world’s biggest car market, and is turning itself into the biggest manufacturer of homespun cars. Build Your...

The Robot Will Park Your Car Now

Central to living and driving in Los Angeles is the multi-level parking structure—concrete, subterranean labyrinths which are disquieting to be alone in, not to mention...