Heal the Bay created their turf message of support for Measure W on the bank of the LA River by the Broadway Street Bridge. Photo credit: Tyler Haggstrom

Water management in the last century was about sending rain and polluted runoff out to the ocean.

Now it takes the form of reservoirs and water treatment facilities that capture water and urban runoff, and clean it for reuse -- while being attractive destinations for Angelenos. 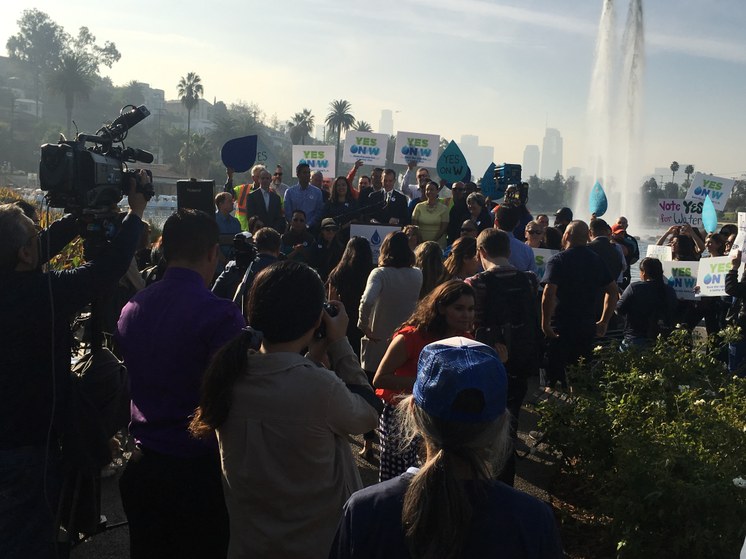 LA Mayor Eric Garcetti makes the case for Measure W at Echo Park Lake,  a reservoir and public attraction that now captures and cleans millions of gallons of runoff each year -- with help from new wetlands and aquatic plants.

Think of Echo Park Lake, or Oxford Basin in Marina del Rey. Or the newly completed Clean Beaches Project in Santa Monica, whose underground network of pipes and catchment tanks means a less polluted ocean for everyone.

There are several of these projects in the pipeline, and they represent a new way of doing water management in the LA region.

Measure W is a parcel tax designed to generate funding to pay for them. 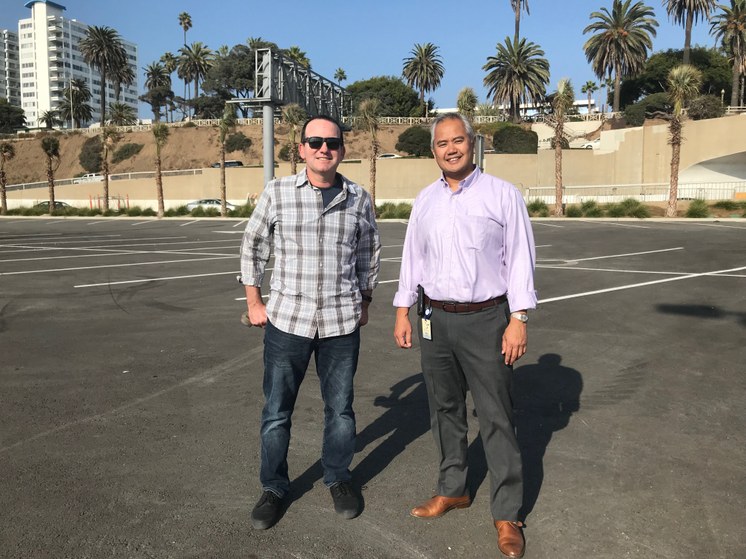 Rick Valte, city engineer, and Zach Pollard, construction manager, with the City of Santa Monica, stand in a parking lot north of the Santa Monica Pier. Just below their feet is a 1.6 million gallon concrete subgrade storage tank. It will harvest rainfall and urban runoff from downtown Santa Monica, and send it to Santa Monica’s urban recycling plant (S.M.U.R.R.F.) for repurposing into non-potable uses. Photo by Frances Anderton. 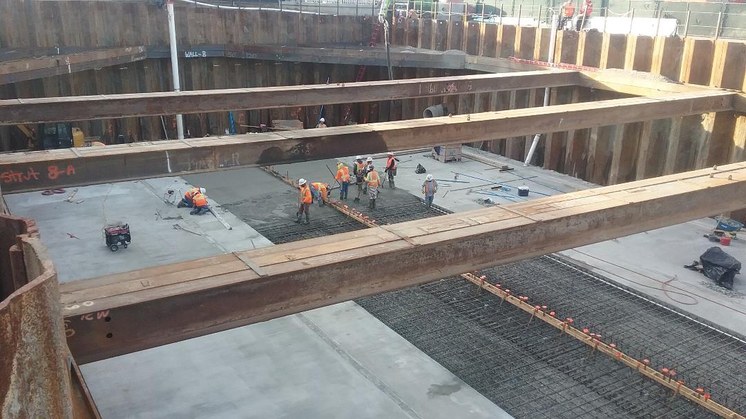 Water capture tank under construction before it was covered by the parking lot, above. Photo courtesy of City of Santa Monica.

If voters in LA County approve it on November 6, homeowners and businesses will be charged 2.5 cents per square foot of properties with impermeable surfaces -- that is, areas like concrete driveways or pools that prevent water from soaking into the ground.

That tax is estimated to bring in $300 million a year, and would cost the owner of a regular-sized single family home around $83 per year.

Homeowners and businesses with water-collecting cisterns or absorbent surfaces on their property are exempt from the tax. 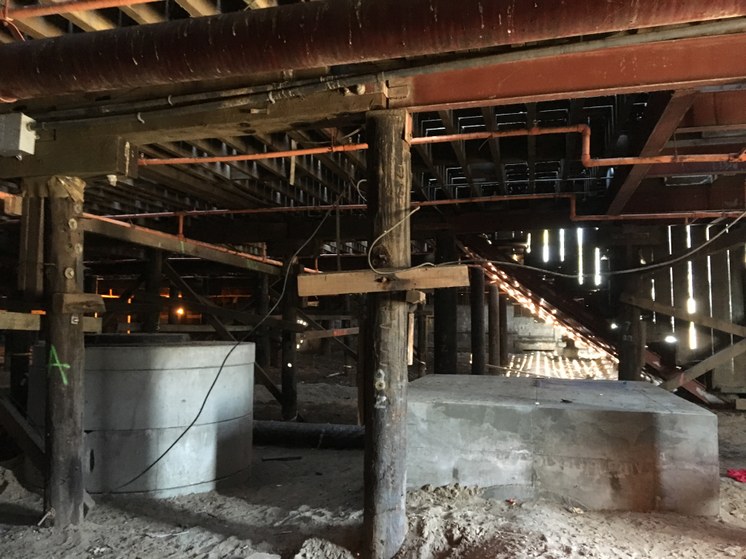 This pipe and boxy “diversion structure,” underneath the Santa Monica Pier, are key elements of the  Clean Beaches Project. Photo by Avishay Artsy.

But not everyone likes the idea of this tax. Some say there are already enough taxes and regulations, that Measure W is a forever tax and that the County has failed to provide specifics on what projects will be paid for.

If you take a look at the flood control system that we've built the benefit we got from the choices we made is is we maximize the amount of space that we could develop what we lost was green space, says the County’s Dan Lafferty, adding that Measure W reflects a society saying that this is now a value to us. “One of the things that we're going to see on November 6th is whether or not the general population agrees. . . .Do you think this is a value worth funding or do you not?”

DnA hears arguments for and against the measure, and goes deep into the belly of Santa Monica Pier to see the Clean Beaches Project in action. 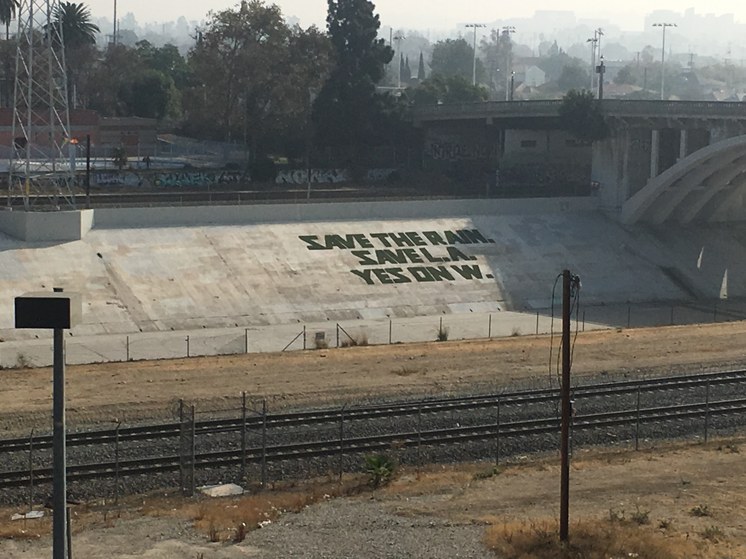 Heal the Bay raised awareness for Measure W on Monday by spelling out their support in turf letters on the concrete bank of the LA River. Photo credit: Tyler Haggstrom

Water management in the last century was about sending rain and polluted runoff out to the ocean.

What happens to Day of the Dead when it hits the big time?

Dia de los Muertos may have originated in Mexico, but it’s become a full-blown LA celebration, with help from a couple Hollywood blockbusters. There are even competitions...