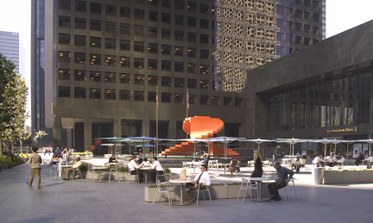 For all of LA's sprawl and suburbia, there is a part of our city that has tried hard to be a mini-Manhattan: LA’s corporate downtown. One of its icons, the former Arco Plaza, has endured ups and downs of various design and development schemes to make it more attractive to urban workers. Arco Plaza was completed in 1972, designed by the LA firm AC Martin. For a New York minute it was the tallest twin tower in the world, until the completion the following year of New York’s World Trade Center. In the decades following its completion, the towers saw the boom and bust of downtown's real estate market. A few weeks ago, the complex, which is now named Paul Hastings Tower and City National Tower, mounted a modern dance performance by Heidi Duckler which used the empty 51st floor as the backdrop for office workers who hurtled through hallways and rolled around office desks. Dancer and filmmaker Orly Shuber describes the unique space and its dramatic views of downtown. 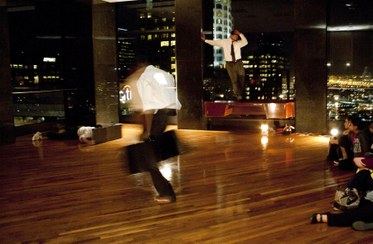 Recently, City National Plaza has benefitted from a renewed interest in LA's urban core. Don Spivack, a former deputy chief of operations for CRA/LA describes the changes that came to downtown in the last few decades. Tom Ricci, of Thomas Properties, recounts how their company poured millions into upgrades of the buildings, and looked for a unique mix of tenants who would bring vitality to the large urban plaza. Restaurants like Drago Centro and Chaya moved in, and two new creative tenants, Gensler and Shlemmer+Algaze+Associates. Gensler's design director Richard Hammond discusses their choice to move the firm from Santa Monica to downtown, and Gensler's managing principal for the LA office, Rob Jernigan, describes the transformation of their new offices, which look more like an energetic tech company than an architecture firm. And Shlemmer+Algaze+Associates's Steven Drucker talks about their new headquarters, an exciting ground-floor space off the lobby. 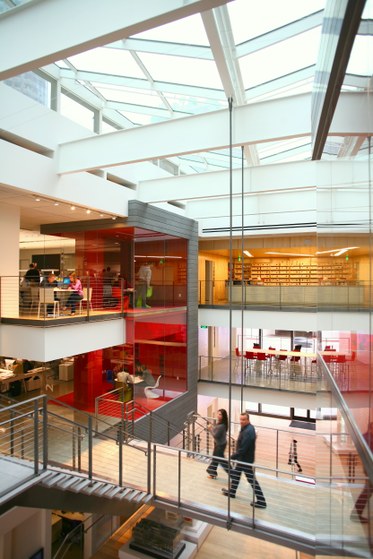 Bright colors, natural light, and materials that appear to float in space at Gensler's headquarters 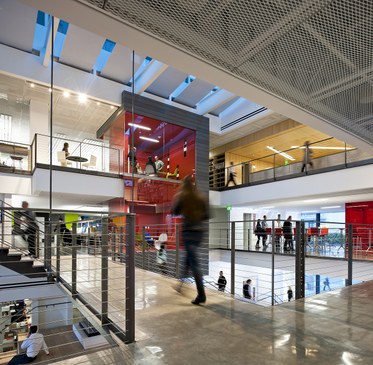 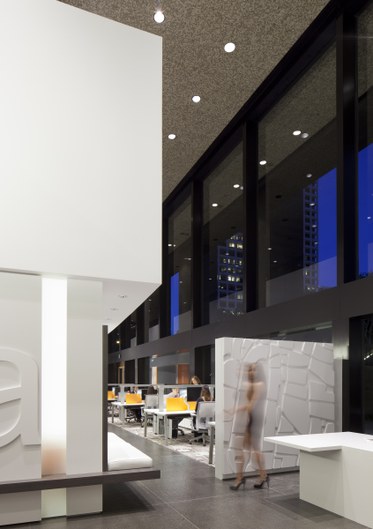 The interiors of SAA's office off the lobby of the north tower, City National Tower 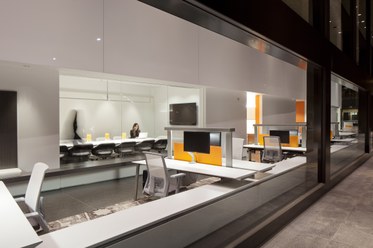 But the space is not without its critics. Some have charged that Gensler was issued federal Housing and Urban Development grants that should have been directed towards social programs, not a headquarters for a corporation. UCLA professor Sylvia Lavin, who is working on a show about art and architectural practice in the 1970s, discusses the role of creative firms as corporate citizens within the urban environment. Both buildings are open for tours, contact us at dna[at]kcrw[dot]com for details. 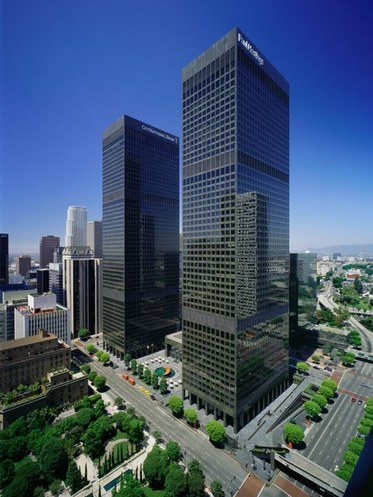 Chances are, you know Moby best for his electronic dance music, often featured here on KCRW . But it turns out the eclectic-minded musician has another life, as an...

For all of LA's sprawl and suburbia, there is a part of our city that has tried hard to be a mini-Manhattan: LA’s corporate downtown.