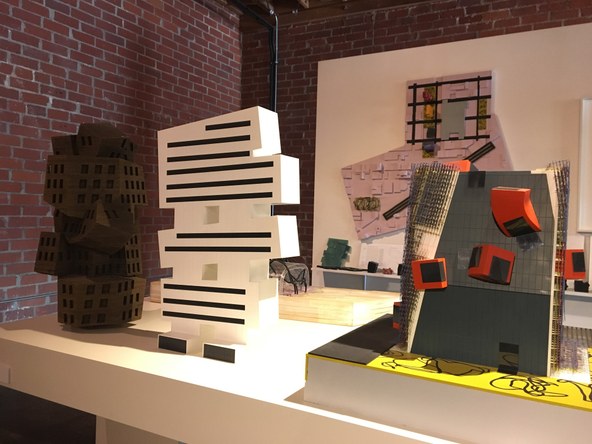 Zago Architecture designed "A New Federal Project" as a conceptual approach
to settling 68,000 refugees in Detroit. The project is part of
"The Architectural Imagination" at A+D Museum in Los Angeles
Photo by Avishay Artsy

Behind the mute buildings that form the backdrop to our lives you can find heated debate -- about what those buildings should be like and who they should represent.

Those questions lay at the heart of the controversial exhibition The Architectural Imagination. It first appeared in the US Pavilion at 2016's Venice Architecture Biennial, directed by Alejandro Aravena. It then went to Detroit and now it is on display at the A+D Museum in downtown Los Angeles.

The exhibition was curated by Mónica Ponce de León, dean of Princeton's architecture school, and Cynthia Davidson, a writer and editor at an architectural theory journal called LOG. The pair picked 12 design teams -- three from Los Angeles -- from over 250 applicants and gave each team one of four sites on which to conceive a speculative programs.

This resulted in some highly imaginative schemes -- including a cluster of civic buildings to support a Syrian refugee resettlement program by Andrew Zago and Laura Bouwman; a tubular, blob-like Center for Fulfillment, Knowledge and Innovation on the site of the defunct Packard Plant by Greg Lynn; and a Zócalo in place of a strip mall by Pita & Bloom that drew its decorative inspiration from layers of peeling paint in the decrepit relics of industrial Detroit. 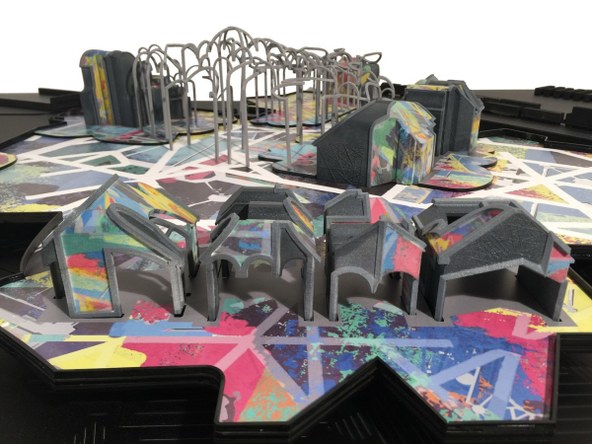 However, the show drew a backlash from those, says LA Times Christopher Hawthorne, who felt "this was opportunistic. . . taking advantage of a struggling city and. . . imposing these visions of overwrought formal visions" on struggling neighborhoods.

Davidson points out the reaction has been mixed -- and recalls Detroit's Planning Director Maurice Cox telling her "we had changed the conversation in Detroit."

A summer camp for teens with design dreams

Girls work on their group projects at Designer Camp Photo by Sarah Shreves Thousands of kids are at camp for the summer. And many will be horseback riding, making crafts...

Louis Kahn's floating concert hall faces demolition Courtesy spablab A floating masterpiece is sending out an SOS. A concert hall on a barge designed by Louis Kahn may...

Zago Architecture designed "A New Federal Project" as a conceptual approach to settling 68,000 refugees in Detroit.