One is Desert X 2019, a festival of art installations that take on big themes, like climate change and ecology.

For example, artist John Gerrard’s Western Flag -- an LED simulation of a flag made of billowing black smoke representing carbon dioxide -- is intended to prompt reflection on the petro-economy.

Then there’s Modernism Week, which has ballooned into an eleven day lovefest for devotees of mid-century modern architecture and the glam lifestyle associated with it.

Modernism Week started 15 years ago and unlike other trends, has not faded. In fact, it’s only intensified. The festival features design programs, food programs, tours, lectures and films.

They’ll also offer a tour of Desert X 2019. One of the artworks people might visit is a sound installation by an indigenous collective called Postcommodity. It’s at a midcentury modern house called the “Wave House” in Palm Desert, so named for its undulating wooden roof. The house is currently being reconstructed to perfection. Most of its walls have been stripped away.

Speakers placed around the house play a dissonant soundscape of wind farms, of bulldozers, of earthquakes, of tribal beats -- and the scattered words from midcentury modernism enthusiasts expressing their love of these homes and how they sit in the landscape.

The piece is about cognitive dissonance -- between modernist ideals and modernism’s actual ecological and sociological impact on the Coachella Valley.

Now, on learning about this project, we were curious how it would play out with the Modernism enthusiasts. 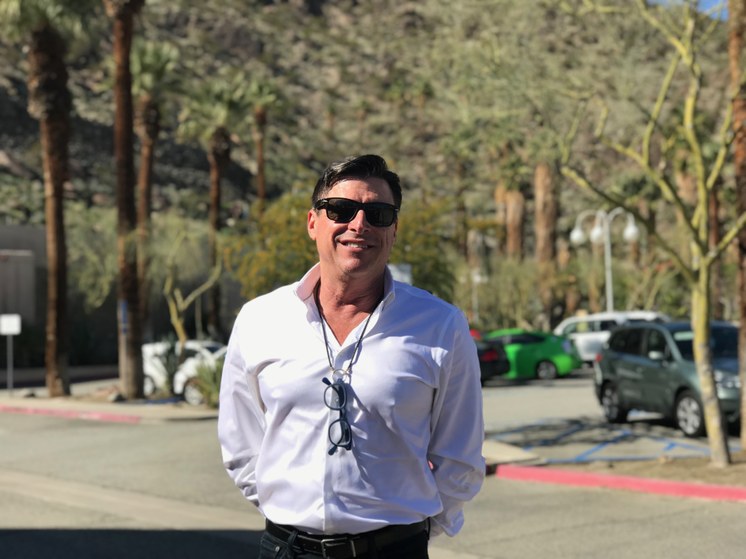 “Totally intrigued,” said Modernism Week board member and treasurer Mark Davis. “The nice synergy about this is that last year during Modernism Week that house was going to be torn down... and Walter S. White is an architect that no one knew who he was until recently in Palm Springs, and he's done over 300 some odd homes here; five or six of them which are stupendously wonderful and original and innovative. He was doing parabolic roofs before the gas station; before [Albert] Frey did the [Tramway] gas station.”

But does Davis take umbrage with Postcommodity’s depiction of modernism’s impact on the desert landscape?

No, Davis says, there’s room for multiple opinions. “Sometimes it's a fetish, sometimes it's just, it can be a little too much... It's great architecture. Some people love it, some people don't. Owners of homes can be extraordinarily controlling… but because they care. They want their house to be perfect and they want to save it or renovate or to do whatever it takes to make it very special. So I think this will be a very interesting one to be honest. And some people will probably get their noses bent out of joint. But, you know, that's art. You're supposed to think.”

Davis says he may even add a lecture to an upcoming Modernism Week celebration that critiques Eisenhower-era America.

“[The] ‘50s wasn't that great, you know, unless you were white, privileged and wealthy. A lot of people didn't have much to go with in the 1950s. And in Palm Springs there was a period of urban renewal that literally vast areas of homes were just burned down, torn down overnight to build other properties. So, yeah, there's a history… But we all live together here so we may as well figure out something to the benefit of everybody.” 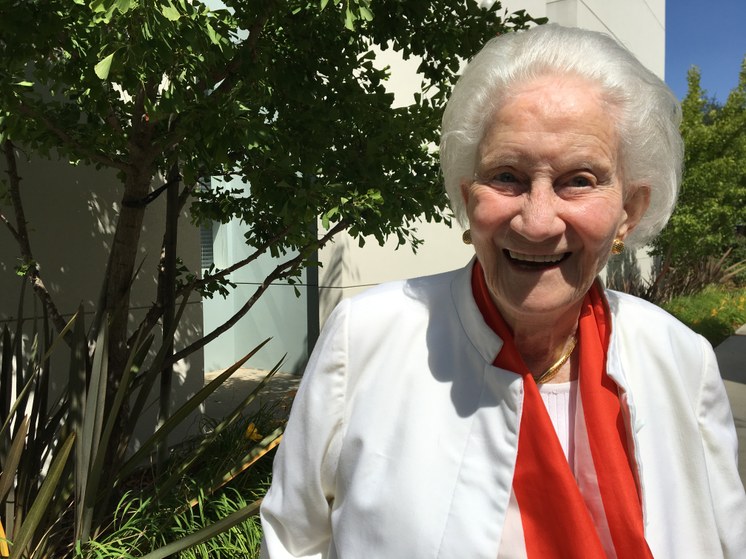 Beverly Willis, an architect ahead of her time. Photo by Avishay Artsy/KCRW

Also featured at Modernism Week will be Beverly Willis, a longtime architect who got her start in design as a multimedia artist in Honolulu. She went on to found her own architectural firm in the late ‘50s. Her works include Yerba Buena Gardens and the San Francisco Ballet Building. She was an innovator in the application of CAD (computer aided design) to siting buildings; and she co-founded the National Building Museum, in Washington, D.C.

Now she runs the Beverly Willis Foundation in New York. Her goal is to bring to light the role of women in design and engineering. She’s made a short documentary called “Unknown New York: The City That Women Built” that will screen at Modernism Week. After the screening DnA’s Frances Anderton will talk to Willis on stage, along with the architect Audrey Matlock and engineer Elizabeth Mahlow.

“One thing about gallery life in Los Angeles is frustrating for many people is that you can't get to all of the galleries in town in one day, really, because they're all...