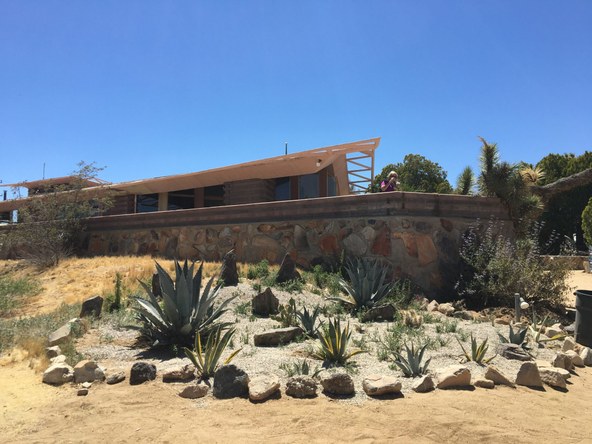 This weekend, a music and art festival called Desert Daze will take place in Joshua Tree. KCRW is presenting it and the headliners are Courtney Barnett and Kurt Vile, Iggy Pop, and Spiritualized.

Desert Daze’s trippy title vibes nicely with the festival’s setting, a place that has long attracted spiritual seekers, from yogis to UFO believers -- and architecture fans.

Avishay Artsy visits the site for the UFO conference "Contact in the Desert" and reports back on energy vortexes, sacred chakras and Wright, Le Mei and their love of triangles.

Guns and Hollywood, Institute of Mentalphysics

The Water Terrace dining hall at the Institute of Mentalphysics Photo by Avishay Artsy This weekend, a music and art festival called Desert Daze will take place in Joshua...