In the 1960s, the hippie movement flourished in California, quickly spread throughout the country and then overseas - to the Soviet Union.

Juliane Fürst is a historian at the University of Bristol in the UK, specializing in late Soviet culture.

Now a collection that she has assembled of Soviet hippie clothing, photographs and posters has gone on display at the Wende Museum of the Cold War in Culver City.

That meant lots of Beatles, no Grateful Dead; free love but not free sex; more substantial footwear than their Berkeley counterparts; hallucinogenic drugs made of Latvian cleaning agent; handmade jeans and guitars -- and a brutal crackdown from the authorities, “which included forceful cutting of hair or trousers, imprisonment, and incarceration in psychiatric hospitals.” 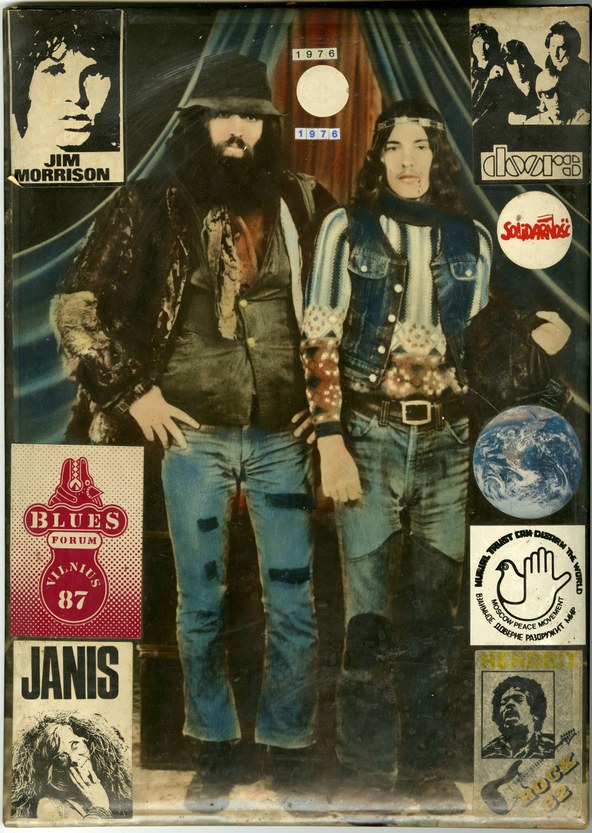 Cardboard-mounted plastic-covered image of two hippies in blue jeans, with various rock music and political stickers on the sides, referencing, among other things, Jim Morrison, Janis Joplin, and the Polish underground workers’ union Solidarity, c. 1982. Image courtesy of The Wende Museum of the Cold War.

“They saw themselves as part of a global movement and they wanted to imitate it,” says Fürst. “But very quickly they started to develop their own brand,” partly in response to the fact that “they were living under very different circumstances.”

Soviet hippies outlived their Western role models, lasting into the 1990s and inspiring Soviet rock music, which, concludes Fürst, “really played a huge role in the dissolution of the Soviet empire in the end.”

The exhibition, called “Socialist Flower Power: Soviet Hippie Culture” is on display at The Wende Museum in Culver City through August 26. 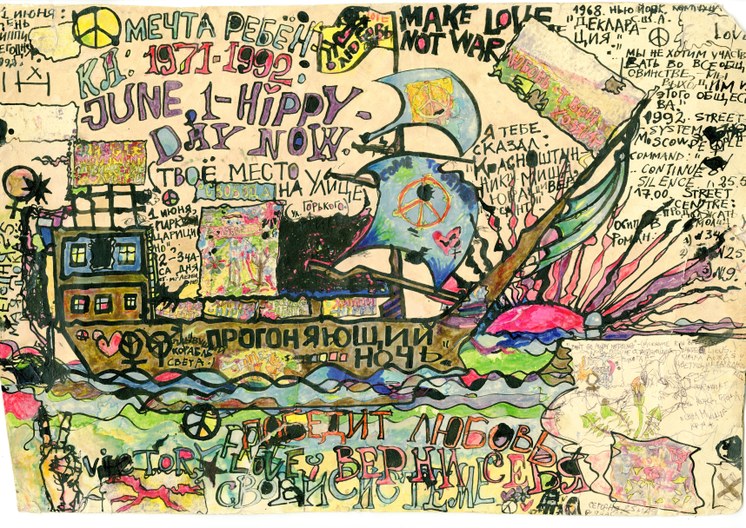 Andy Warhol co-founded Interview magazine in late 1969 as a “clever way to receive invitations to screenings and meet celebrities in society and entertainment,” writes art...

In the 1960s, the hippie movement flourished in California, quickly spread throughout the country and then overseas - to the Soviet Union. Juliane Fürst is a historian at...