The Will & Ariel Durant branch of the LA Public Library system was first built in 1958. The city-owned library was abandoned in 2004 after a bigger facility was built a few blocks away. Even though it is located in a highly sought after part of Hollywood, just off of Sunset Blvd, it has sat vacant for more than a decade.

But now it has been reborn with a new use: the library that will soon become home to 30 formerly homeless women.

This is a beacon of an effort by the City of Los Angeles to repurpose some of its own property into housing.

As the homelessness crisis rages on, the city is looking to its own stable of almost 9,000 properties for opportunities build more affordable and, in particular, temporary and permanent housing for the homeless. 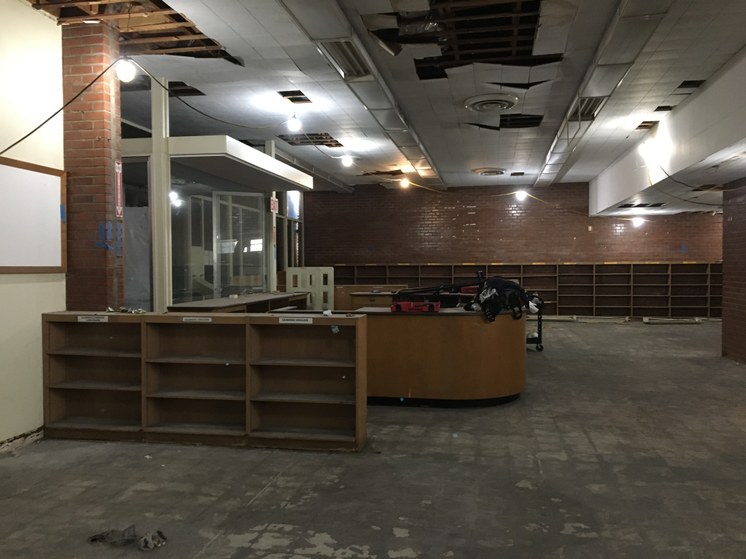 The library in Hollywood has sat vacant for more than a decade. Photo credit: Jon Reed

The converted library is one of many city-owned sites that could be put to better use, yet most do not have the same happy ending.

Since 2016, the city has made a bigger effort to find more properties like the library, sites that are underused and could be transformed into housing of some kind. As part of the city’s Comprehensive Homeless Strategy, city agencies, led by the office of the City Administrative Officer, were directed to identify underused sites that could be used specifically for homeless facilities. Since then, the mission has expanded to include sites that could accommodate affordable and even market rate housing as well.

Around the same time, the city also began developing a database with detailed information on all of its almost 9,000 properties. Until recently, individual agencies and the Department of General Services kept their own records of city-owned property, but many were unorganized, out-of-date, or incomplete.

“One of the things we couldn't really do before is tell you what our surface surplus property was. We can now,” City Administrative Officer Rich Llewelyn said. “So we have been working very hard to not only come up with this brand new asset management system, but also to kind of fill in all the fields about exactly what kind of building is on that land. How old is the building? How much work does it need? How much is being used? So this kind of robust asset system is finally coming online and is super helpful in this process." 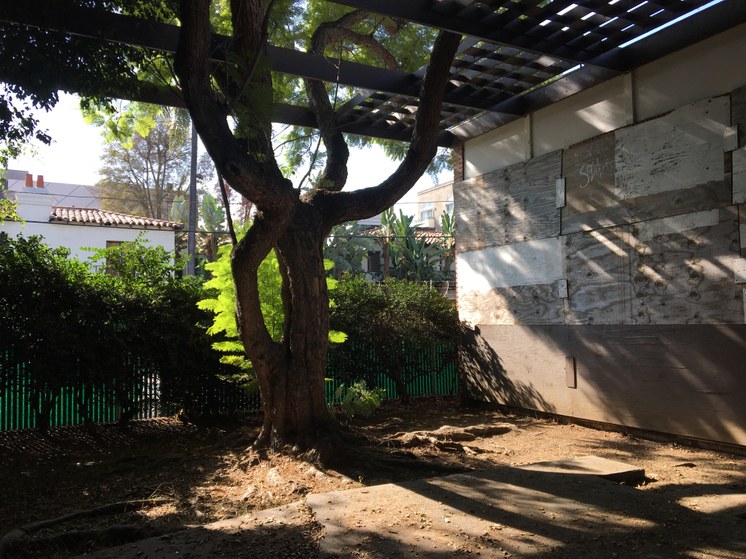 The former Will & Ariel Durant branch of the LA Public Library system opened in 1956, and will now serve as a home to 30 formerly homeless women. Photo credit: Jon Reed

Using the database, the city has identified a number of properties with potential to build housing, and has offered them up for development. It’s been a huge help to non-profit housing developers, who often struggle to find land in LA’s hyper-competitive real estate market, according to Christian Ahumada, executive director of the non-profit developer Clifford Beers Housing.

“We sat down in front of our board and we said we're really going to create sort of a Navy Seals-type of a team that heavy-duty goes after these properties and really does a phenomenal job at presenting in front of the cities and municipalities,” he said.

Clifford Beers successfully bid on a vacant city-owned lot in South LA, and will be developing 53 affordable units out of shipping containers, with a portion dedicated to the chronically homeless.

But for every site that was offered up, there were many others that didn’t make the cut.

A report from the CAO’s office found that out of 428 city-owned surplus properties, only three were eligible for building permanent housing. The results reveal how important factors like location and lot size are when considering where potential affordable housing can be built. The city was looking primarily for sites at least 15,000 square feet, for instance, while most of the available surplus sites were much smaller vacant lots, many zoned for single-family homes.

Given the need, the city has been forced to turn to properties that might not otherwise be considered, to sites like parking lots. In fact, almost all the sites for the mayor’s temporary shelter program, A Bridge Home, have been proposed on city-owned parking lots.

In some cases, they’ve found sites that are already in development, which, because the process that can take years before construction can even begin, can be used to the city’s advantage.

“There are no easy opportunities, but every one is an opportunity,” Llewelyn said. “And we work with the local council member, the local neighbors, the mayor, our homeless office, about what would be best for that exact site. Is it a permanent site? Is that a temporary site? Some of our temporary sites are slated to be permanent something else down the road. They're just vacant for now. So we're grabbing them now until they become something different.”

The former MTA bus lot in Venice that was recently approved as a temporary homeless shelter is a good example. It will be part of A Bridge Home for three years before getting transformed into a permanent site later on, though what exactly it will be hasn’t been decided yet. 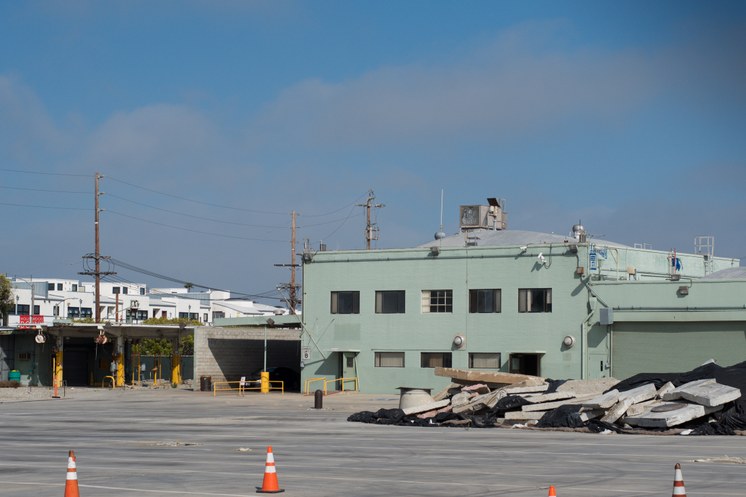 Even with the database and a long list of properties, the city still relies on Councilmembers from each district and community members to identify other potential sites. District 4 Councilmember David Ryu said the library was first brought to his attention through neighbors who had noticed the building had sat unused for years. The fact that it was already owned by the city made it possible for the city to start the conversion process.

Beyond publicly-owned land, there is also plenty of privately owned land that could be put to better use. And thanks to bond measures like Prop HHH, more funds are available for housing, which the city is using to incentivize private groups to develop.

“Most of that money is going to building on private land," said City Administrative Officer Llewelyn. "So we have put out to the broader community, the developer community in particular, for profit and nonprofit both sides, if you have potential projects bring them to us, we can help you finance them with the voter approved funds.”

But when the city doesn’t already own the land, the process becomes more complicated. According to Llewelyn, private owners most of the time are hesitant to sell or even lease to the city, even if a building has been sitting for years.

Still, the city is making progress. A temporary Bridge Home shelter is coming to a former clothing warehouse in downtown’s Fashion District.

It may not be enough to solve all of LA’s housing woes, but it’s a step in the right direction.

The Pritzker Prize for 2019 has been awarded to Arata Isozaki, the 87-year-old Japanese architect with a career ranging from brutalist libraries to an inflatable purple...

The Will & Ariel Durant branch of the LA Public Library system was first built in 1958. The city-owned library was abandoned in 2004 after a bigger facility was built a few...

Meet Target Husk, the half-built big-box store with a mind of its own

What’s it like to be a Target store that was never completed?