President Trump vowed throughout his campaign to build a "beautiful" wall along the 2,000-plus-mile US-Mexican border -- and to make Mexico pay for it. Mexico is saying no way.

But the US-Mexican border already has a wall and critics question its usefulness. So what exactly is the point of the second wall, would it work and who stands to benefit most?

Michael Dear spent several years traveling along both sides of the border and shares findings from his book Why Walls Won't Work: Repairing the US-Mexico Divide. 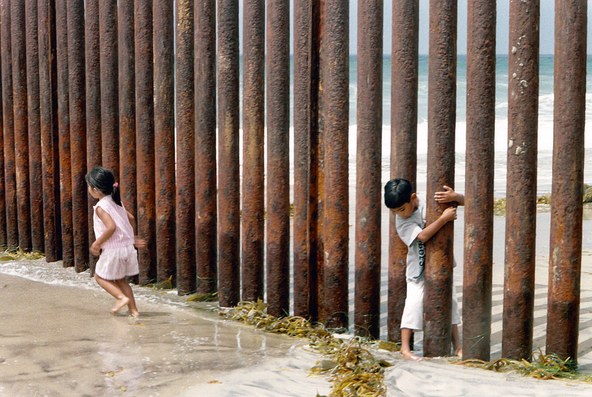 :
Children play along the US-Mexican border at Tijuana
Photo by Quim Gil

The Future of Santa Monica Airport

When a charter company named JetSuiteX cooked up plans to "Uber-ize" aeronautics, offering low-cost seats on private jets flying out of Santa Monica Airport starting next...

President Trump vowed throughout his campaign to build a "beautiful" wall along the 2,000-plus-mile US-Mexican border -- and to make Mexico pay for it. Mexico is saying no...

From club drug to love potion, how MDMA might help build a successful relationship Life Examined