Want to paint over an ugly wall? Beautify Earth needs you. 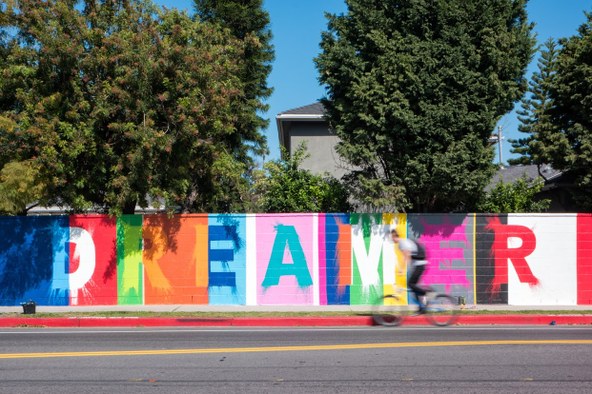 When Evan Meyer found himself increasingly offended by an ugly bench in Santa Monica, he got a pot of paint and decorated it. So goes the origin story of Beautify Earth, a collective of artists dedicated to nothing less than "ending urban blight by painting the world in color."

Operating now in multiple cities and countries, the nonprofit brings together business owners, landlords, nonprofit foundations and artists with the goal of painting over blank walls with "positive," colorful and inspiring murals.

Now the public is invited to participate in the mission: Beautify Earth is putting out its first public call for submissions for murals for 2018. The deadline is December 1.

Ruben Rojas, an artist and co-founder of the group, talks to DnA about their mural-painting movement, what "beautify" means to them, when to leave a wall alone and how he got his start as an artist when he won a sixth grade competition.

A turning point for Wende Museum of the Cold War

Fifteen years ago Justinian Jampol began collecting the art, artifacts and detritus of the daily lives of people from the former Eastern Block.

Want to paint over an ugly wall? Beautify Earth needs you.

"Dreamer" mural by Ruben Rojas, co-founder of Beautify Earth When Evan Meyer found himself increasingly offended by an ugly bench in Santa Monica, he got a pot of paint...