A war of attrition against art galleries in the western industrial area of Boyle Heights has caused one to announce its closure and another, Museum as Retail Space, to offer up his artist-activist antagonists the “symbolic and actual closing of my gallery.”

A coalition of groups including Union de Vecinos, Defend Boyle Heights and UltraRed operate under the umbrella BHAAD, or Boyle Heights Alliance Against Artwashing and Displacement.

They argue the galleries bring in expensive housing and cause displacement of the low- income, majority Latino residents of Boyle Heights.

UltraRed is a group of self-described activist-artists, who, according to their online mission statement “pursue a fragile but dynamic exchange between art and political organizing... around issues including AIDS-HIV rights, anti-racism, and participatory community development. The group emphasizes activism as performance through radio broadcasts, installations and “public space actions.”

This mingling of art and activism has Robert Zin Stark, owner of Museum as Retail Space, or MaRS, pondering their motives. 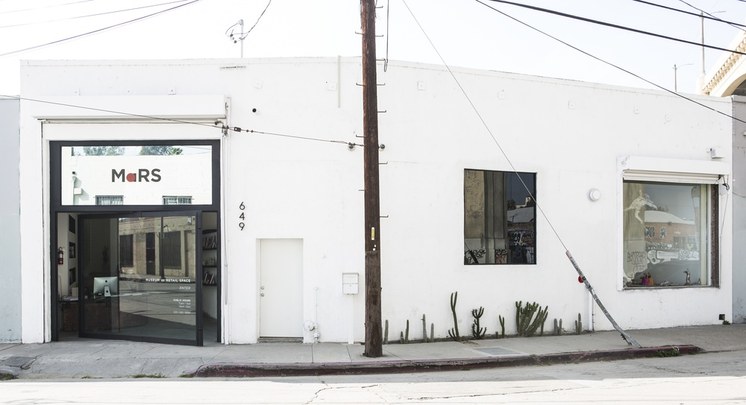 Museum as Retail Space (MaRS) is a contemporary art gallery located in the industrial western edge of Boyle Heights.

Why, he says, do they target the galleries over, say, the 6th Street Viaduct replacement, a multi-million dollar product connecting the affluent Arts District with Boyle Heights? Zin Stark tells DnA he has come to the conclusion they are “a group of intelligent cultural enactors and they're working with symbols and symbolism and community more so than actual political aims.”

And their tactics have produced results.

One of the galleries, 356 Mission, has just announced it will close next month. The founders, Laura Owens and Wendy Yao, told the LA Times it was not directly because of these protests.

But Robert Zin Stark says the attacks on MaRS and the other galleries, which involve trolling online, boycotts and protesting openings, are draining and are turning the gallerists into pariahs in their own community of artists, dealers and arts journalists. So he has decided to respond to performance with performance.

He has sent an invitation to Union de Vecinos, Defend Boyle Heights, UltraRed and BHAAD “to offer the ceremonial closing of my gallery to contextualize the relevance of your cultural enaction.” 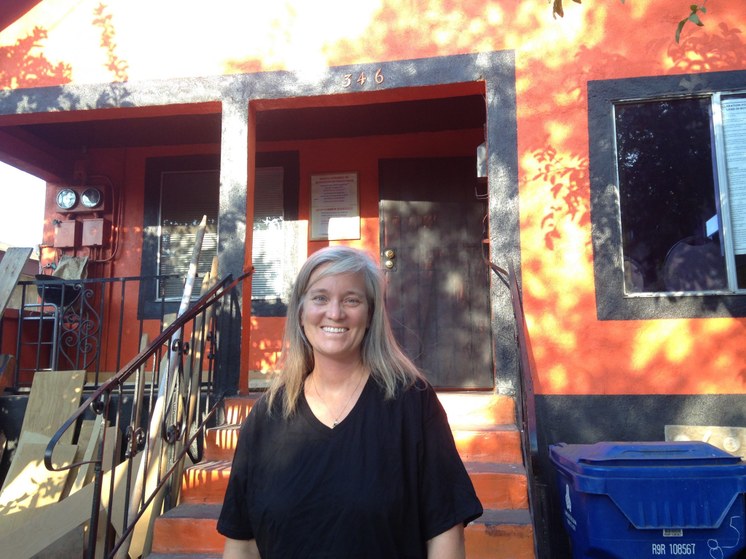 Elizabeth Blaney, co-founder of Union de Vecinos, in front of the group’s office in Boyle Heights. Photo by Avishay Artsy.

DnA also talks to Elizabeth Blaney, co-founder of UltraRed and member of the BHAAD coalition, about their tactics.

She says the galleries are just one target of many in their anti-gentrification fight but that the “stubborn and noxious and arrogant gallery owners” have “refused to analyze and acknowledge the negative impact they have on the residents who live around them.”

Many residents of Boyle Heights are nervous about displacement and gentrification. But some supporters of tenants’ rights question the tactics and credentials of the activist- artists. After all, BHAAD has also targeted longtime arts nonprofits in Boyle Heights, like Self Help Graphics.

Eric Avila, professor of history and Chicano Studies at UCLA, says he detects “a certain degree of urban ventriloquism going on in which certain groups or certain actors speak through the voices of people who are positioned or perceived to be more authentic or more connected to the kind of ground level social struggles.”

But he acknowledges that the strategy “brings attention to a bad situation that is getting worse, particularly with regards to housing.”

A war of attrition against art galleries in the western industrial area of Boyle Heights has caused one to announce its closure and another, Museum as Retail Space, to offer...

State senator Scott Wiener has taken the fight over housing to where it hurts: single family neighborhoods.