A downtown tower rips out the curtain wall The loggia of the Workplace Innovation Lab, with the curtain wall removed. Photo by Avishay Artsy/KCRW

"How do you turn an aging building and make it relevant to the employer who's looking to attract and retain employees?" That's the question posed by Bunker Hill developer Tom Ricci -- and answered with the “Workplace Innovation Lab,” the sixth floor of a downtown highrise that has been opened up to outside air and and noise, and filled with artificial scents and sounds of running water. 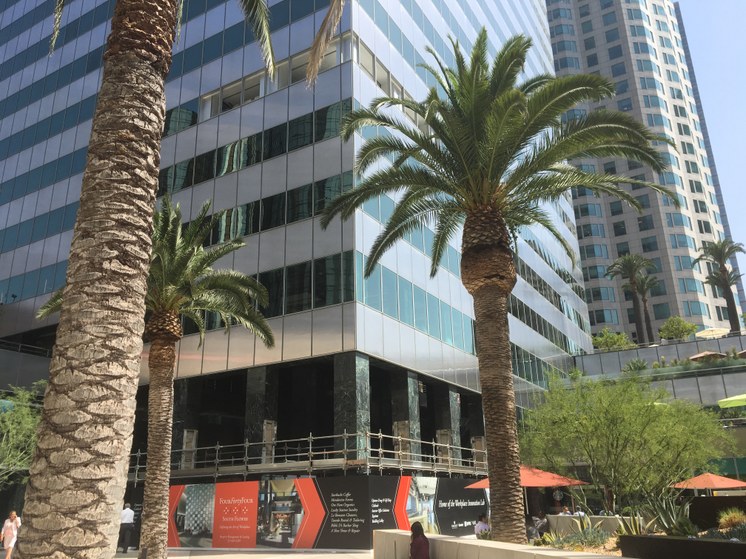 The removal of the curtain wall from the sixth floor of Citigroup Center makes for a striking visual. Photo by Avishay Artsy.

But young companies don’t want to work in this kind of space anymore.

And there are thousands of these buildings in downtown LA and other cities. So Ricci teamed up with Gensler and interior office designers Haworth to create a test-environment that would offer closer connection with nature, as well as an open working area that is comfortable on the ears. 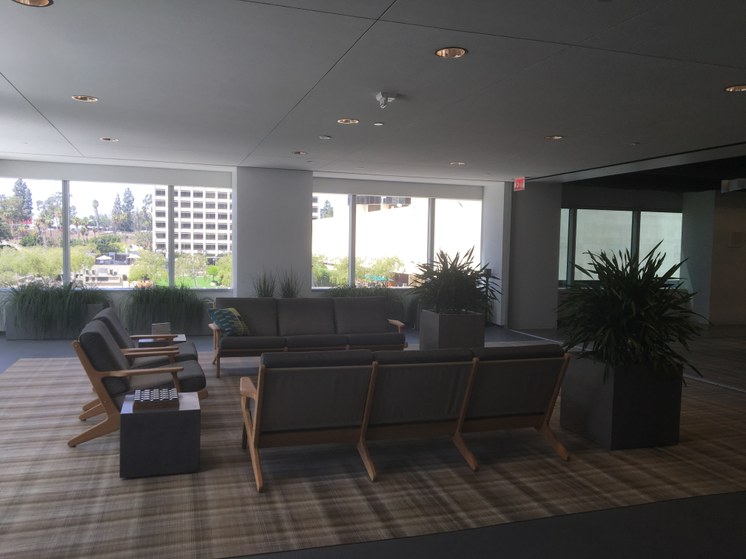 The open air loggia allows tenants to hold meetings and enjoy fresh air, albeit with some construction noise. Photo by Avishay Artsy.

So they “hacked” the 6th floor in ways both big and small. The big hack was to cut into the curtain wall on one corner, creating a loggia that fills the entire floor with natural air, and the noise of construction on the downtown regional connector.

The smaller hacks included pumping in artificial nature -- the sound of running water from a firm called Plantronics, and the scent of sea breeze from Air Aroma.

DnA tours the space, asks why it needs both real and artificial nature, and considers whether ripping out the curtain walls of offices towers is going to be the next wave in workplace design.

A downtown tower rips out the curtain wall

"How do you turn an aging building and make it relevant to the employer who's looking to attract and retain employees?"

Otis College of Art and Design turns 100 and hosts a big public celebration this weekend. It's on Veteran's Day weekend because the school has long welcomed vets (with help...