An American expat in Spain finds tortilla deliverance in LA 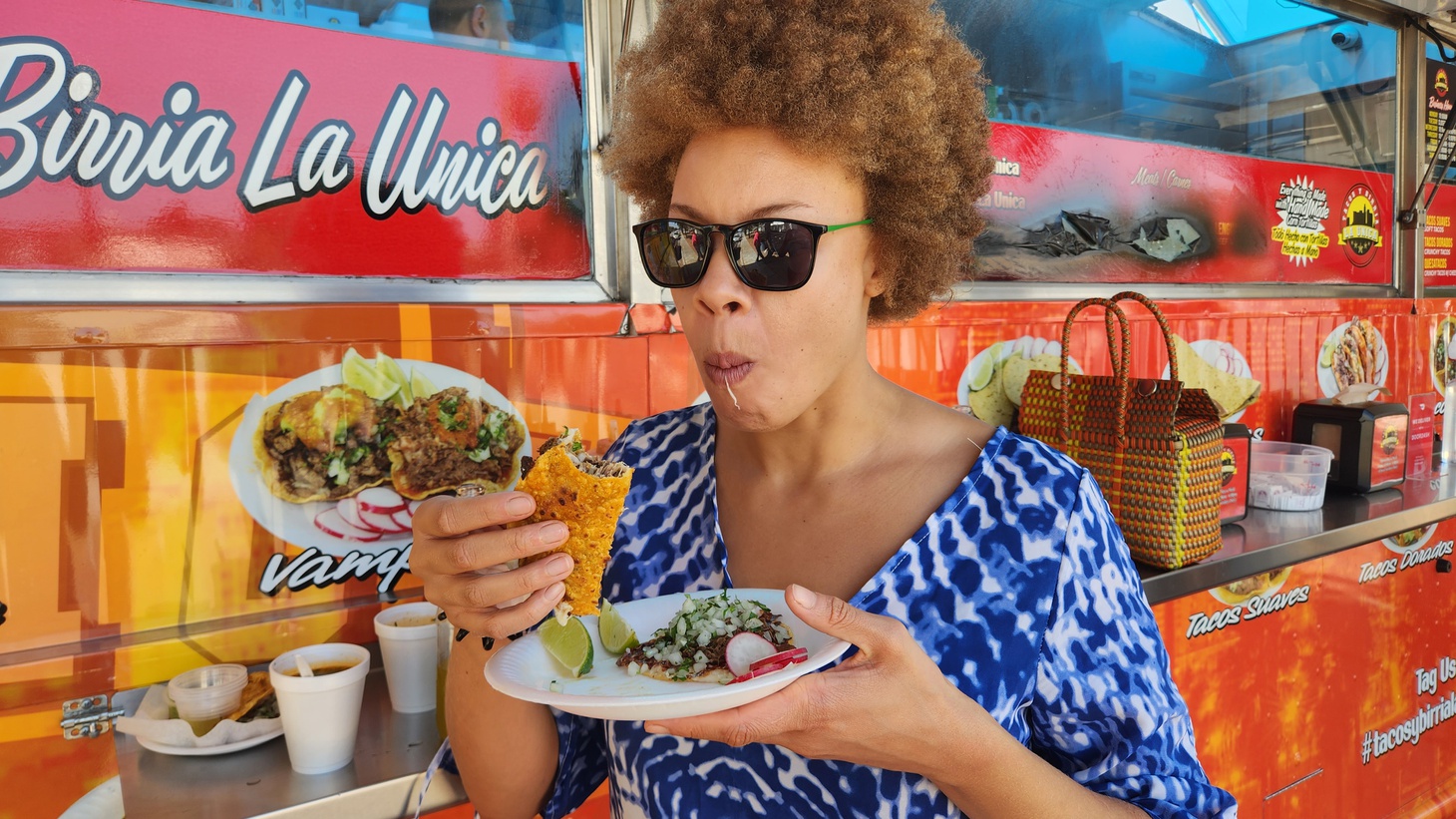 My niece Christine entered my kitchen to hand me a brown, greasy paper bag filled with tortilla chips. She recently discovered chef Gilberto Cetina Jr.’s Holbox, the mariscos marvel in Mercado La Paloma near the University of Southern California.

Christine wasn’t expecting much from an unfamiliar Mexican seafood spot. Her assumption was that it would be some chewy, over-marinated but delicious fish with a side of oily chips.

What she found was a smoky kanpachi with beautifully cured Baja Bay scallops and juicy shrimp. A firm tostada secured these bite-sized chunks, which made it possible to eat without breaking apart the tortilla. That was just the appetizer.

For the main course, grilled fish cheek with a buttery, lemony oil dripping thanks to the fat. She ate the cheek like a chicken wing. Same with the guacamole, which came with grilled tortillas and three salsas. For someone used to enjoying ample seafood from her husband’s coastal Spanish town — sometimes caught by her Galician father-in-law — Holbox’s tostada was a triumph. The element that brought the meal together? The tostada, also known as the tortilla.

You have to understand that my niece, Christine, is visiting from Spain. She moved there 17 years ago, and has only been back to Los Angeles — the city she was born in — twice since she left. She’s spent more time in Spain in her adult life than in the United States. Which is why she’s in town for an extended visit.

For the time being, Christine is staying with me. It’s been a joy to watch her jump deeply into the food ocean that is Los Angeles. Though Christine married a Spaniard and has lived in various Spanish cities since the mid-00s, she admits the diversity of the food just doesn’t measure up to the food we eat daily in the Southland. And the food that compels her most? Mexican food.

Over the last two months, Christine dined on more tacos than she has in her lifetime. Her fluent Spanish keeps us talking to LA street vendors longer than usual, because she has many questions about ingredients, techniques, or to compliment the cooks.

Upon her arrival, Christine was shocked to learn that many of us sometimes eat tacos all week long. As of today, she has a different approach, “Breakfast, lunch, and dinner, there’s an occasion for tacos,” says Christine. “I love tortillas, such a perfect vehicle for flavor. They absorb, carry, and compliment so well.”

Christine has tried just about every Mexican restaurant in Spain, and hasn’t found anything comparable yet. So every week she hosts Taco Tuesdays for her expat crew and Spanish friends and family. Luckily, Christine’s northeast Spanish town has enough masa or actual tortillas to fulfill her duty. For her, the tortilla is the most special element. Weeks ago, when I was given handmade tortillas to judge for the Tortilla Tournament, Christine helped herself by removing a tortilla from the stovetop flame before holding it close to her nose, then engaging in a deep inhale before taking a bite. She’s obsessed.

Having an independent, impartial tastebud to remind me to not get too comfortable with my reliable spots. Because so many of us consume an incalculable amount of tortillas in a given month, it’s easy to take LA options for granted. I’ve got an initiative to learn Spanish fluently, under the tutelage of my beloved niece. My Spanish is respectable, but not nearly conversational enough to ask for additional details about the preparation or cooking process from native Spanish speakers. As a restaurant reporter in Southern California, a region where 47 percent of the population identify as Latino, it’s long overdue.

Though my husband credits Christine with this newfound initiative. I credit LA’s tortillas.