Netflix has released season 2 of “The Chef Show,” in which famed director Jon Favreau teams up with chef Roy Choi to explore food with renowned chefs and celebrity friends. 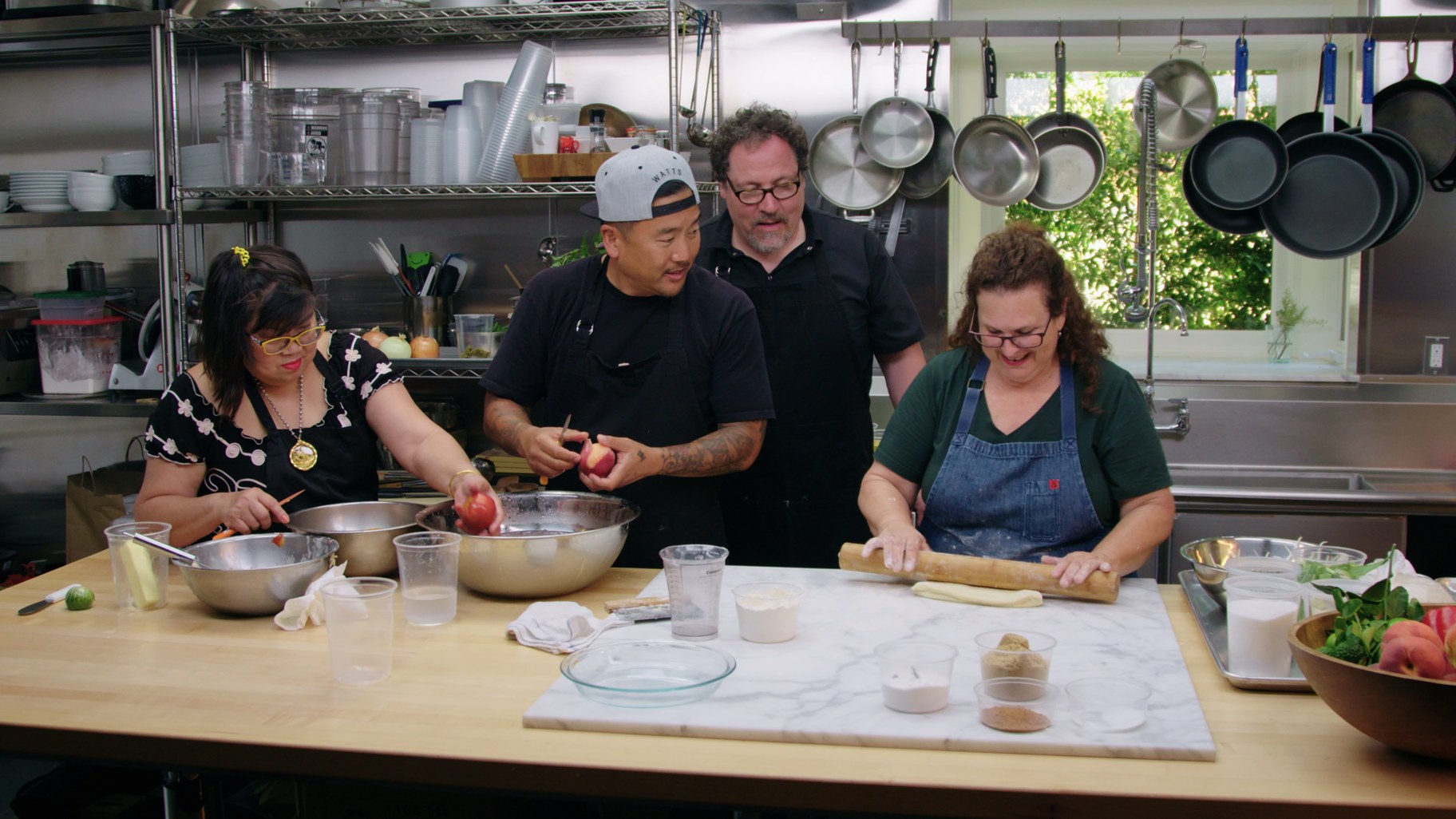 The friendship between Favreau and Choi began when Favreau was preparing to direct and star in his 2014 movie “Chef.” After that project, the two continued cooking together, and they developed an effortless dynamic that makes it easy for others to join in.

“My feeling was: if we just had real moments and filmed us doing the real thing, that I was confident that if I had enough time in the edit bay, that I could figure out a format and a structure for it,” Favreau tells Good Food. “And it was allowing those things to emerge. Not unlike how Roy works with food, where he'll pick good ingredients, put them together… start, especially like a savory chef, they'll start adding flavors and start seasoning and start to be inspired by what's in front of them. As a filmmaker, you have to be open to that too.”

Favreau says the only objective was to be authentic and cook with people who were just as excited about cooking as they were.

On the show, Choi assigns people heavy prep tasks, such as dredging chicken for deep frying and slicing onions. Then conversations ensue when everyone’s busy. “That was the premise of the show from the beginning. That was the vision that Jon had,” Choi says. “I'm like a dealer as far as cooking goes. I may not be able to make the best thing, but I can pretty much figure out almost any recipe. And then we just decided to cook the stuff that we wanted to eat. So with that, everything became so natural. And Jon really gave me the opportunity to be myself on screen.”

In the episode featuring Seth Rogen, a question comes up about why people enjoy watching others cook. Choi says watching others is very soothing, “like virtual aromatherapy.”

Favreau points out: what’s great about the show is how accessible the recipes are. “There's dishes that aren't hard to do, like pasta… There’s grilled cheese sandwiches. There's stuff that doesn't have a million ingredients that you could make.”

Choi adds, “I think that's a huge part of why the show just connects to so many because it's food that you can actually feel like you can grab and make and eat.”

Favreau and Choi: A Match Made in the Kitchen

Netflix has released season 2 of “ The Chef Show ,” in which famed director Jon Favreau teams up with chef Roy Choi to explore food with renowned chefs and celebrity...

Vicky Bennison is the brains behind the YouTube show “ Pasta Grannies .” The tradition of handmade pasta is declining in Italy, where Bennison makes her home part of the...

Crispy, chewy, and cheesy—pan pizza is having a moment

For some pizza obsessives, an ideal pie might involve a wood-fired oven and an ultra-thin crust. But there’s a growing interest in pizza that’s baked in an oven and cut into...