Despite his barbecue bona fides, Aaron Franklin, the James Beard-winning pitmaster behind Franklin Barbecue in Austin, Texas, jokes that he maintains his “dad bod” physique with two simple things: steak and beer.

Franklin’s dad was once the manager of a steakhouse. “On Friday nights, my dad would pick up a couple T-bones, fire up the grill, use about a stick of butter on there, and they were pretty darn good,” he tells Good Food.

Now Franklin is out with a new cookbook titled “Franklin Steak,” co-authored with Jordan MacKay, his previous collaborator on the “Franklin Barbecue” cookbook. Just in time for Memorial Day, he’s sharing some tips on making great steaks. 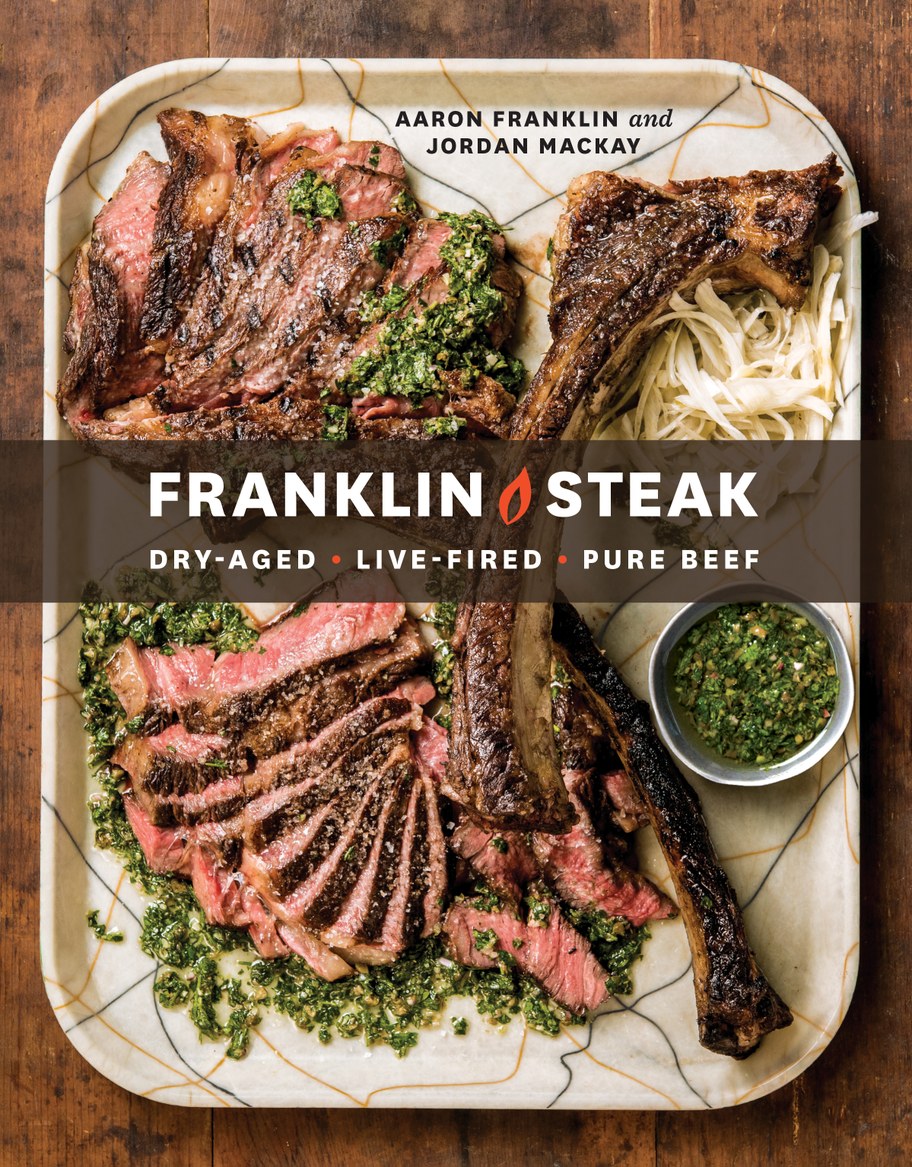 The thrill of the grill

Franklin says grilling over wood coals produces the best flavors. However, the technique depends on the cut of meat. “Sometimes with a large cut of meat, you might kind of par-cook it, you might cook it real slow, let it stop, then pick it back up on a really, really hot grill when your guests arrive,” he explains. “Or if it’s a little piece of meat, you might salt it, put it in the refrigerator, and put it on the grill ice cold, so you can get a good crust without overcooking the inside.”

Cast iron is no slouch either

You can also use a cast iron skillet over hot coals to get an even sear. Franklin says that’s his preferred way to cook filet mignons (with some butter in the pan, of course). There’s nothing wrong with using a skillet indoors either, as long as you have a good range hood.

To reverse sear or not?

Franklin says the “reverse sear”— a method favored by some recipe writers on the internet — is actually an old school restaurant trick. The technique involves cooking the steak at a lower temperature (in an oven, for instance) before finishing it on the high heat of a grill or skillet. Although the reverse sear can be accomplished with a sous vide, Franklin isn’t a huge fan. “I think it's pretty nice to be able to get some flavor from your heat source, be it like Maillard reaction from a grill or a hot skillet or some smoke or some charcoal or whatever. And sous vide doesn't really do that.” 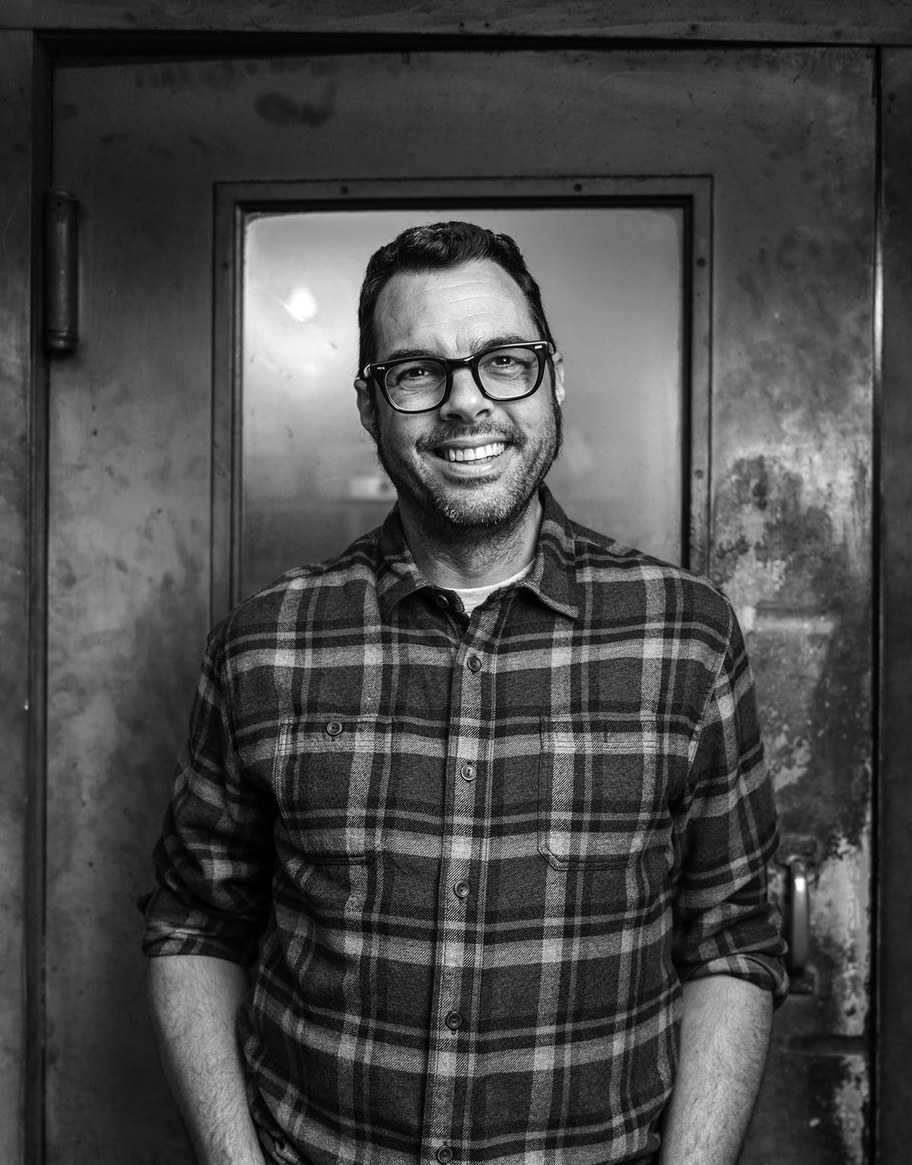 Franklin keeps it simple when prepping meat before it hits the fire source. He says he keeps only three kinds of salt in the kitchen: sea salt, kosher salt, and a finishing salt. He also doesn’t use pepper on steaks anymore because it can burn under high heat.

For the book, he experimented with how long to let the salt sit on the meat to produce a good crust. “It turns out 24-36 hours pre-salted and then left to air dry in the refrigerator turns out pretty good.”

In the end, Franklin says there’s no right or wrong way to cook a steak. “As long as you're having fun and being a little creative with it, I think that's pretty cool.” 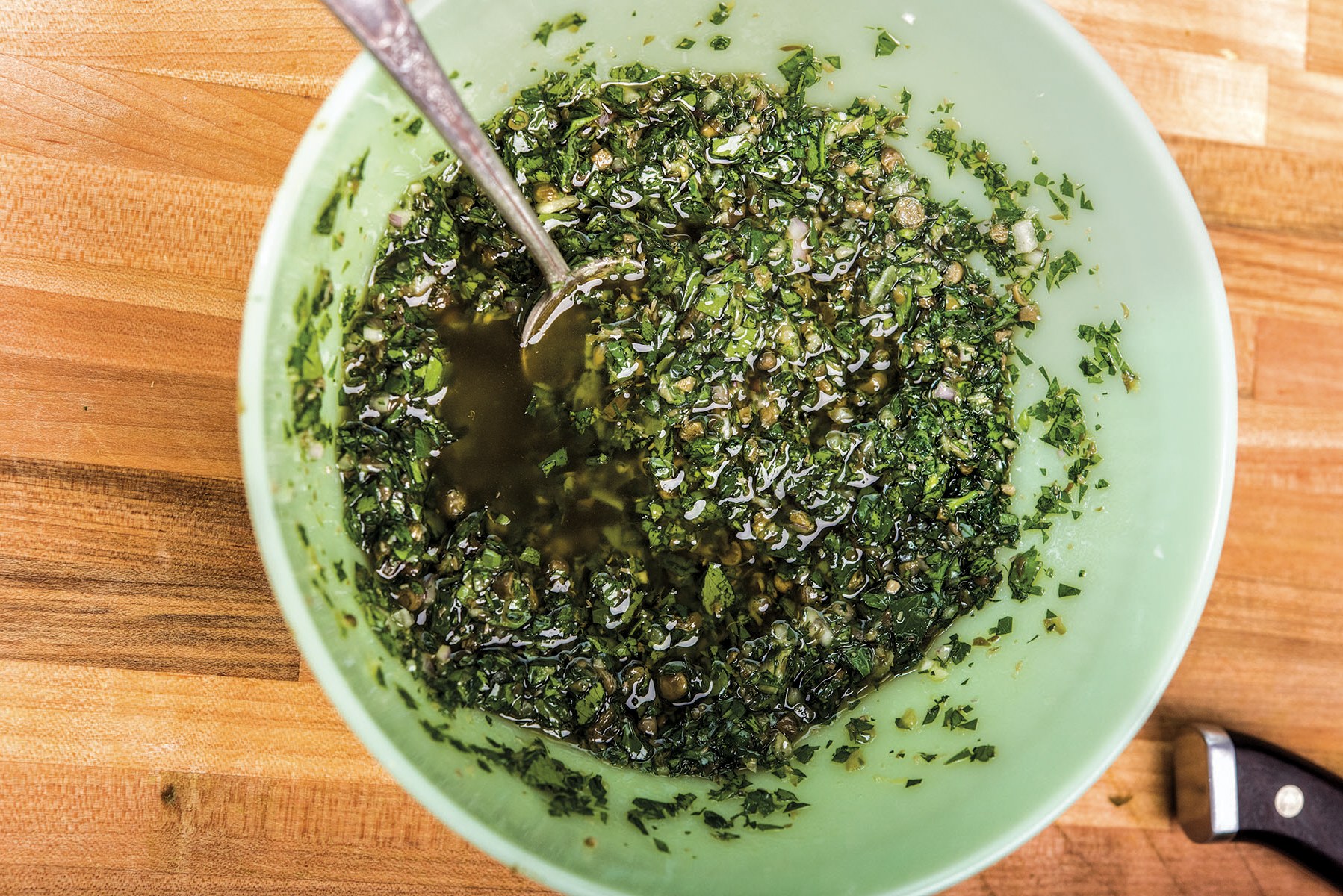 Salsa Verde for your steak
Makes about 2 cups

-Pick the leaves from the parsley stems and discard the stems. You should have about 2 cups. Using a chef’s knife and a cutting board, finely mince the parsley, then transfer to a bowl.

-Using the flat side of the chef’s knife, smash the garlic on the cutting board and sprinkle with the salt. Chop and flatten the garlic and salt together until a paste forms. Next, chop the anchovies into the paste, then smear and scrape the mixture back and forth on the cutting board until the ingredients are evenly distributed and you have a fine paste. Scoop the paste into the bowl with the parsley. Finely chop the capers and transfer them to the bowl.

-Add the oil, honey, and vinegar to the bowl and stir to mix well. Finally, using a fine-rasp grater, grate the zest from the lemon directly into the bowl, then stir to mix.

-Make the sauce several hours, but preferably a full day, ahead of serving to allow the flavors to blend. To store, transfer to a jar, cap tightly, and refrigerate for up to 2 months. Bring the sauce to room temperature before serving.