If you’ve sat at the bar at Lucques, A.O.C. or Tavern, perhaps you’ve met Christiaan Röllich. The Dutchman has become one of LA’s most influential bartenders for his use of fresh, seasonal ingredients in his cocktails. He’s out with a new book called “Bar Chef.”

Röllich tells Good Food that he always wanted to live his life “like a boy’s dream.” He wanted no regrets, so he went for it all. That included many different career paths, including a stint at the psychiatric hospital his parents owned in Amsterdam.

Then he joined a traveling carnival. “The carnival is always a really good story because you have conversations, and then you go like, ‘I remember I was traveling with the carnival,’ and people go silent. They're like, ‘What do you mean? You're a carnie?’ And that's exactly what I mean. I was a carnie for two years.”

He came to LA in the mid-90s with aspirations of becoming a movie star. He got a sponsorship from LA Models within six months, which allowed him to stay in the U.S. legally.

He auditioned for six years but didn’t book anything major. His acting and modeling aspirations took a backseat after his first wife became seriously ill. “There were other things in life that were so much more important at that time. And I need to support a family, like my first wife and I. And so I needed to get a job. And something that I worked since I was 15 was restaurants.”

He used Zagat to look up the most expensive restaurant in LA. He landed on Les Deux Cafe on Hollywood and Las Palmas, owned by Michele Lamy. He walked in and boldly asked for a job, which he got. That’s where he became a bartender.

After Les Deux Cafe closed, Röllich ended up “slinging drinks” at Lucques, mainly to pay for college. He started curating drinks when the bartenders met to invent a new drink for the menu. His cocktail idea involved vodka, cucumber, and grapefruit. The same cocktail was later served at a catering gig, but the people who put it together botched it. So Röllich began making the cocktails himself. 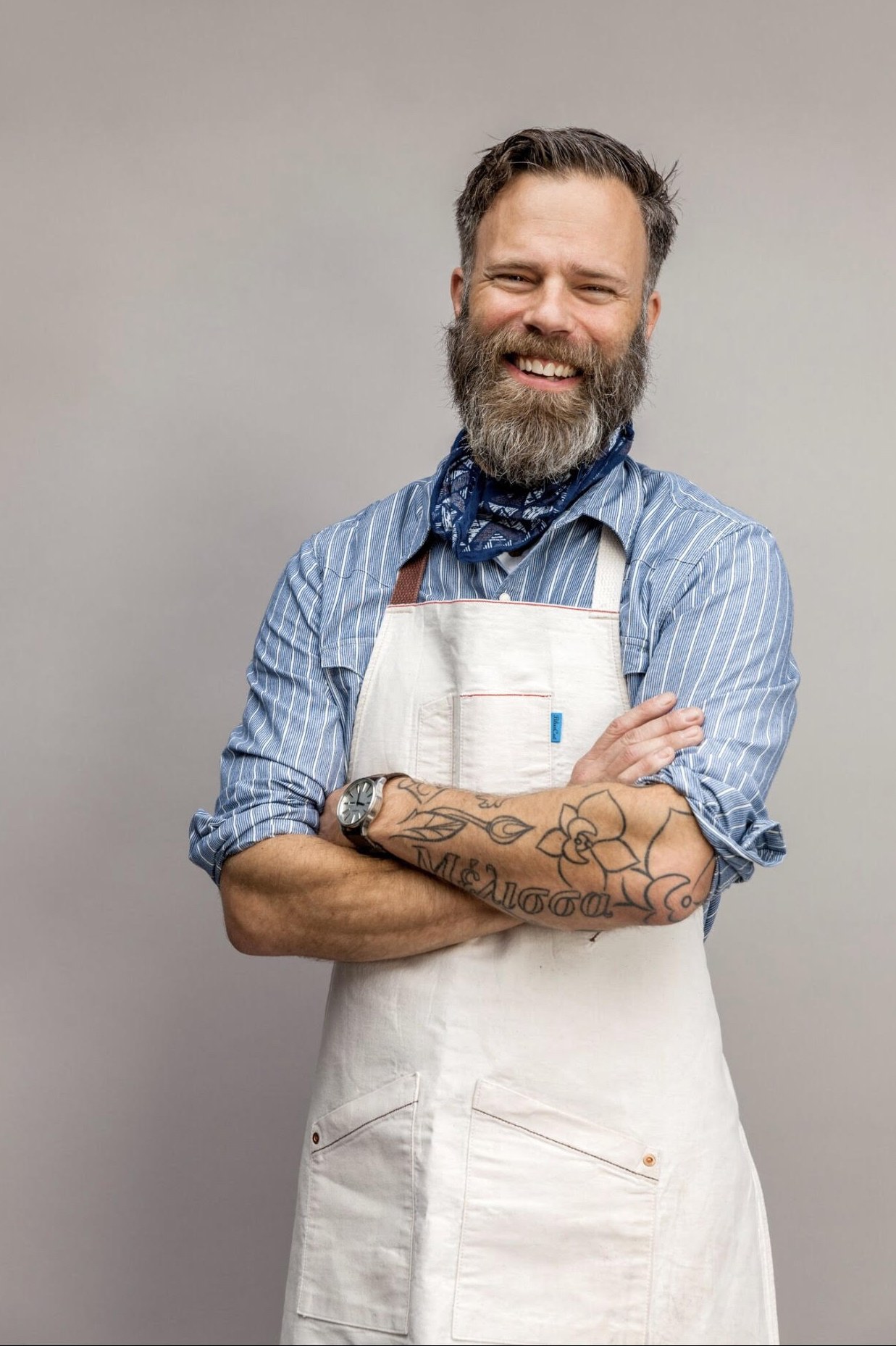 Röllich says the first thing he considers when making a drink is: will they have another?

“We're here in the business of selling drinks. That's really what it is. And if you make a drink that nobody will have a second of, then you're not doing a good job. Unless it's like a dessert drink, and it's a one off, and it works really well,” he says.

Röllich wants his drinks to display the creativity and thoughtfulness that chefs put into their food. “They have a lot of food thought in it…Make everything from scratch, and fresh, and bold flavors, and unexpected twists, and extra layers,” he says. “I have so much kitchen influence in my drinks that it becomes more of a dish in a way.”

Gustavo Arellano on how the taco conquered America

Gustavo Arellano is the author of “ Taco USA: How Mexican Food Conquered America . ” In 2012, he spoke with Evan about how Mexican food made inroads into the American...

Why were some of LA’s oldest Mexican restaurants called Spanish?

Los Angeles is a city of great Mexican food, but that doesn’t mean restaurant owners have always been able to call their cuisine by its proper name.

With a menu full of Oaxacan specialties and a deep bench of mezcals, Madre has been quietly winning over diners in the South Bay, not typically known as a destination...

If you’ve sat at the bar at Lucques, A.O.C. or Tavern, perhaps you’ve met Christiaan Röllich . The Dutchman has become one of LA’s most influential bartenders for his use...

The race to fight citrus greening

In 2005, most citrus trees in Florida were dying or infected with the insidious citrus disease known as Huanglongbing, HLB, or citrus greening. California was spared at the...

The diverse flavors of LA’s eastside, from Vietnamese to Bangladeshi

Elisa Callow takes a close look at where to eat, shop, and gather culinary inspiration on L.A.’s eastside in her book “ The Urban Forager .”